By very definition this wilderness is a need. The idea of wilderness as an area without man's influence is man's own concept. Its values are human values. Its preservation is a purpose that arises out of man's own sense of his fundamental needs 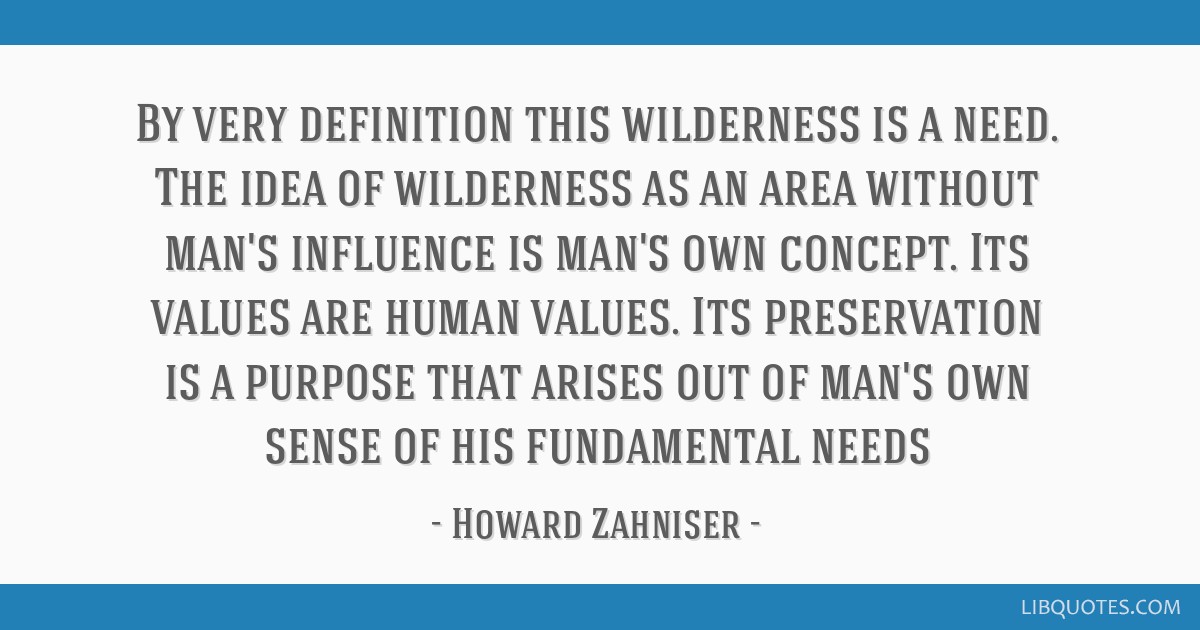 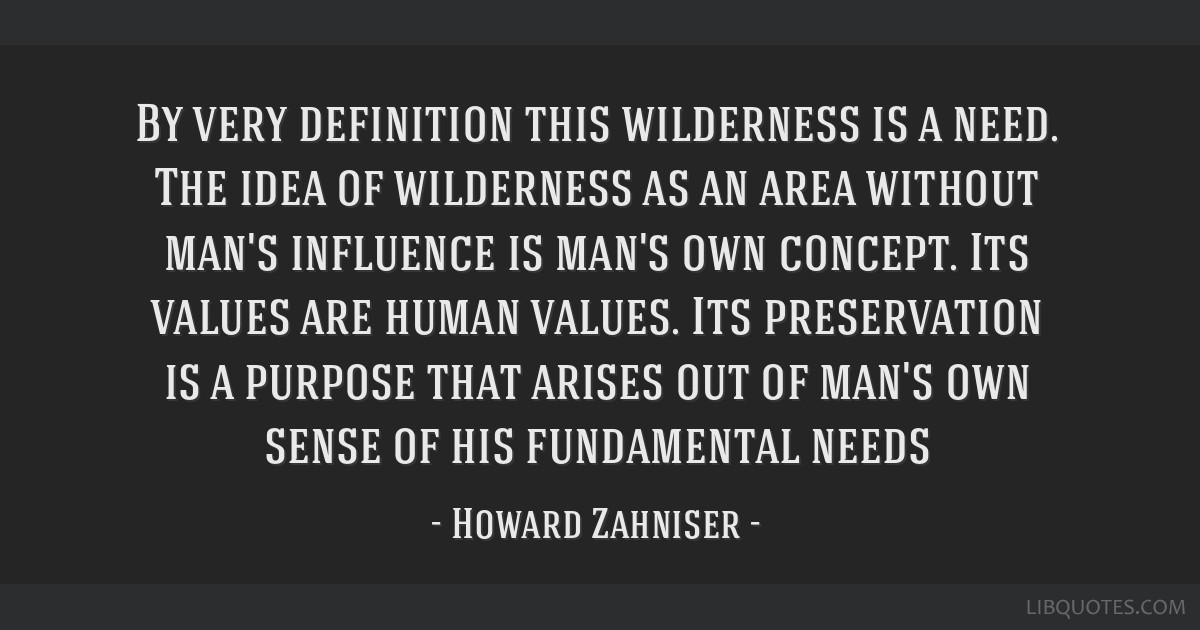 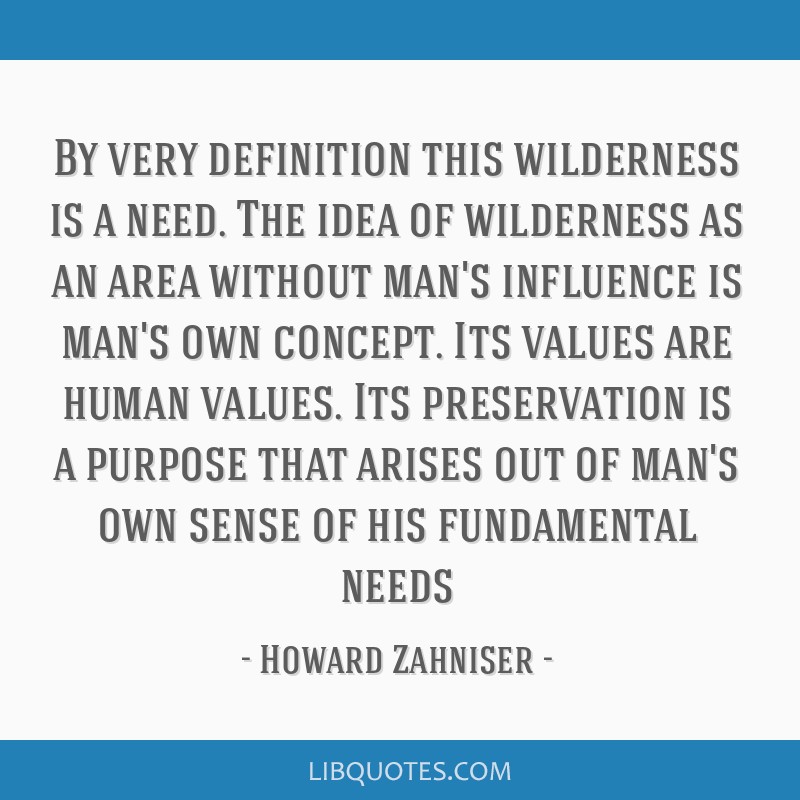 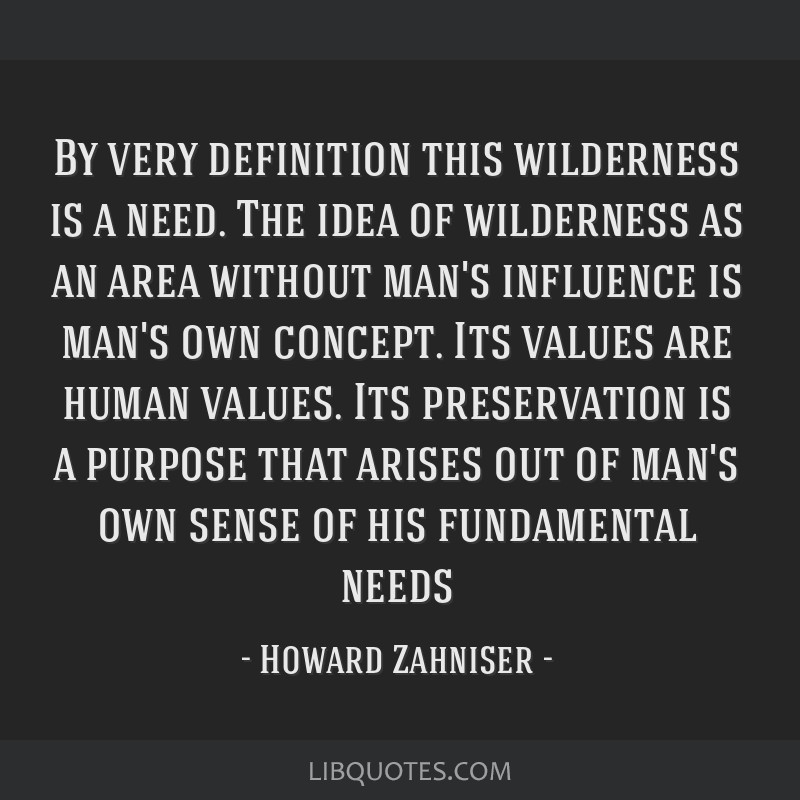