There is no point in hiding that before the war we mostly learned to attack, and did not pay enough attention to such an important manoeuvre as retreat. Now we have paid for this. It turned out that the commanders and the staff were not sufficiently prepared to prepare and execute the retreat manoeuvre. Now, in the second week of war, we had in fact to learn from the beginning the most difficult art - the art of the execution of retreat. 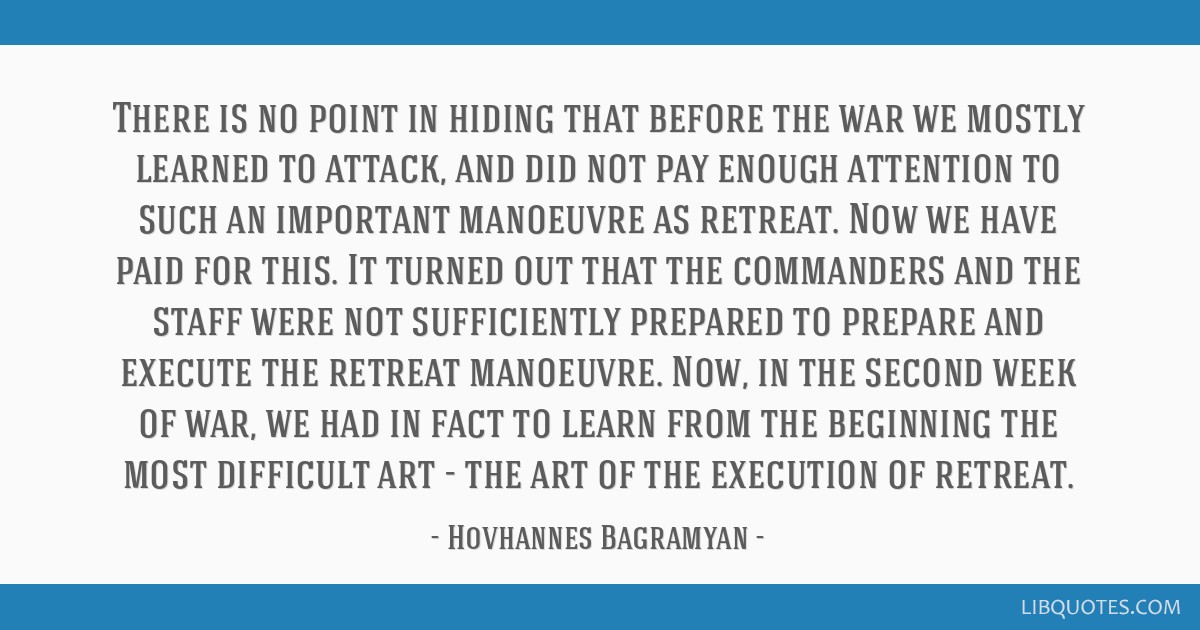 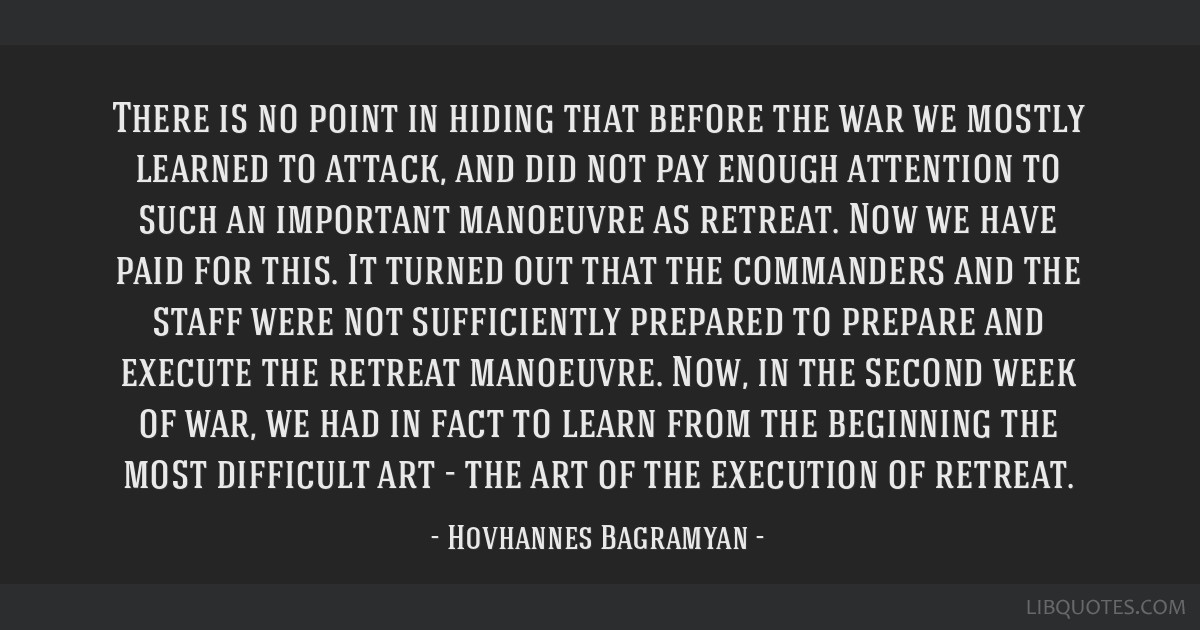 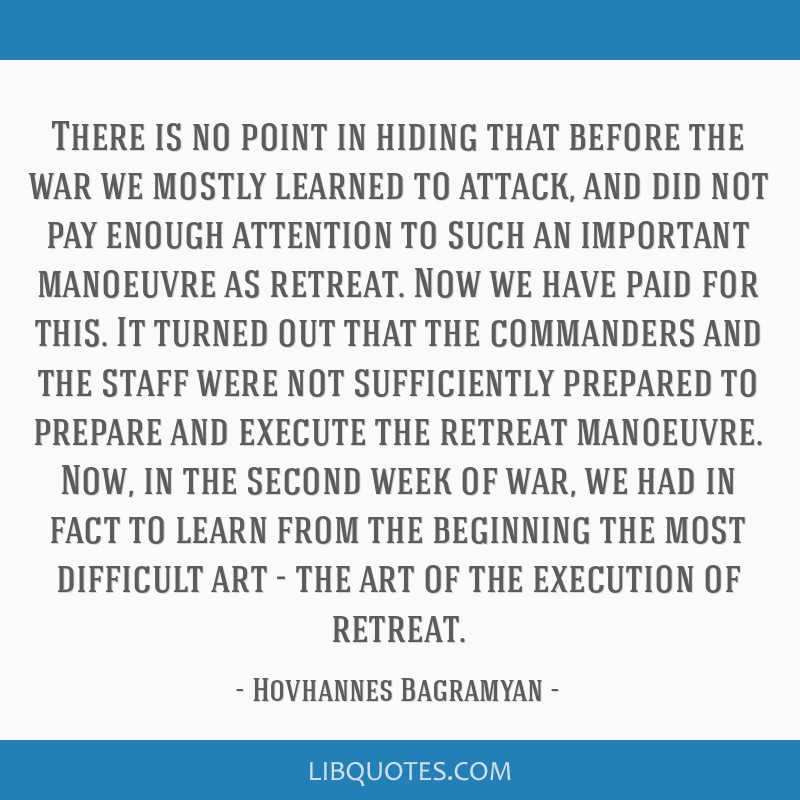 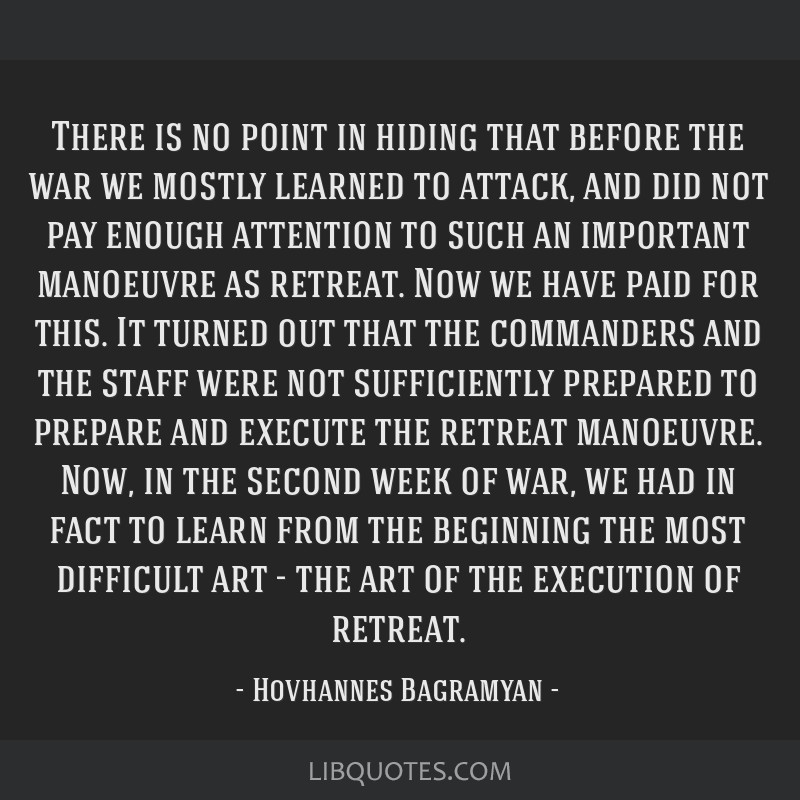 It is a profound and necessary truth that the deep things in science are not found because they are useful; they are found because it was possible to find them.
J. Robert Oppenheimer 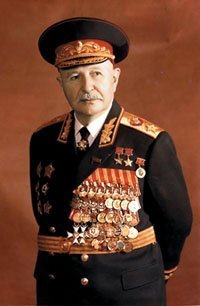