It was as if by becoming a musician and Music Master he had chosen music as one of the ways toward man's highest goal, inner freedom, purity, perfection, and as though ever since making that choice he has done nothing but let himself be more and more permeated, transformed, purified by music — his entire self from his nimble, clever pianist's hands and his vast, well-stocked musician's memory to all the parts and organs of body and soul, to his pulses and breathing, to his sleep and dreaming — so that he was now only a symbol, or rather a manifestation, a personification of music. 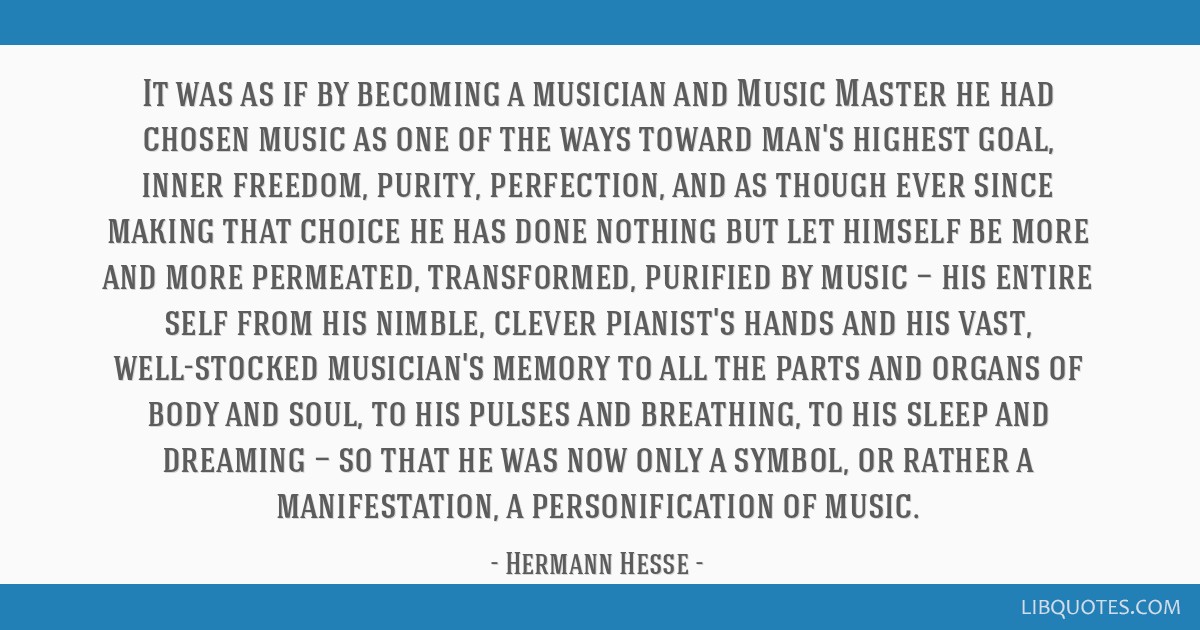 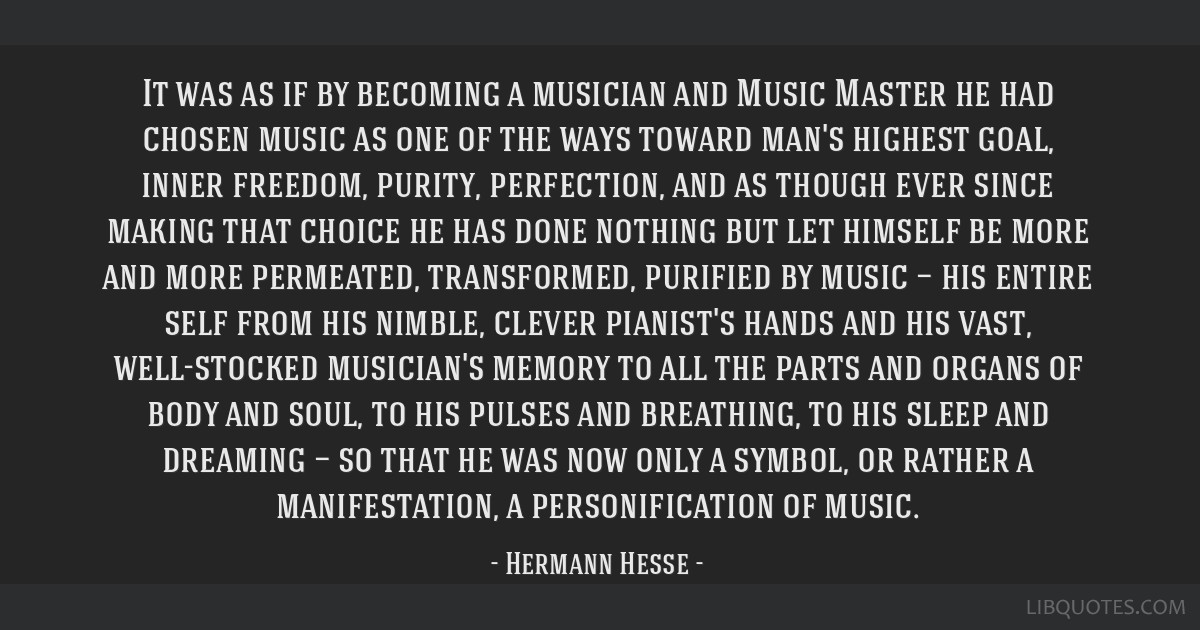 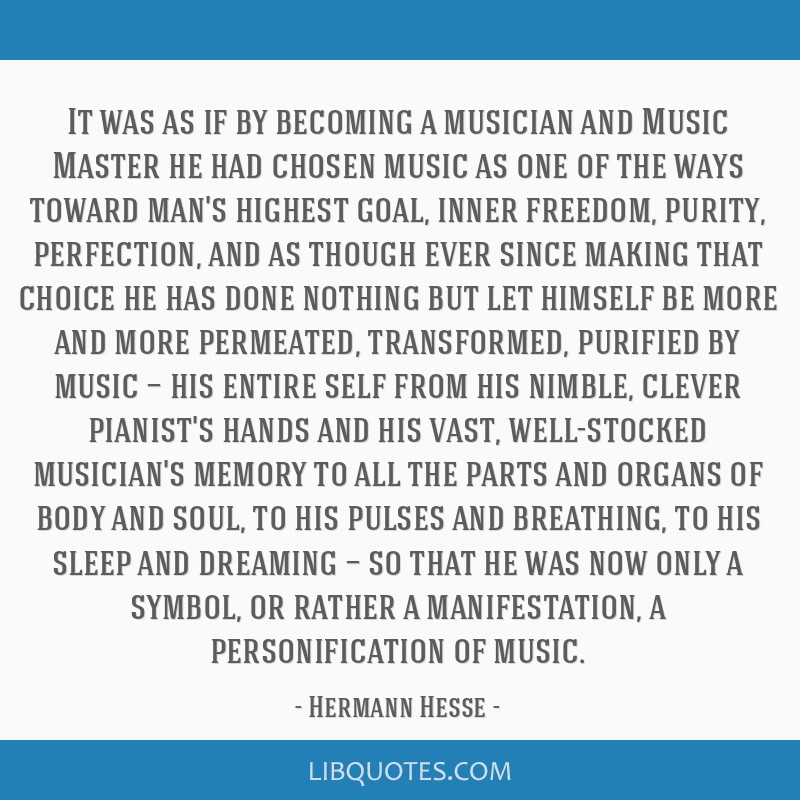 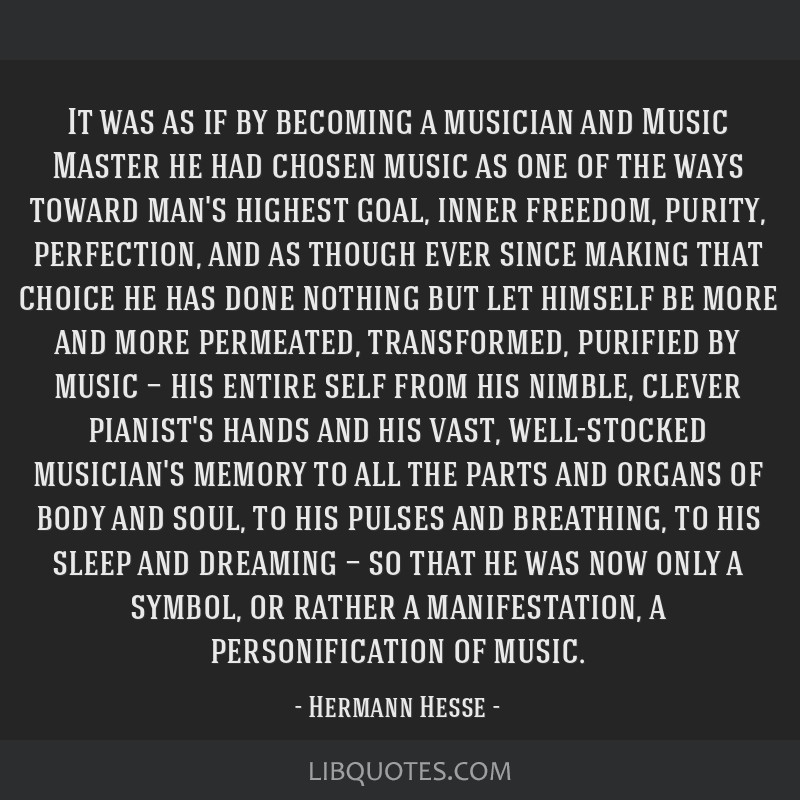 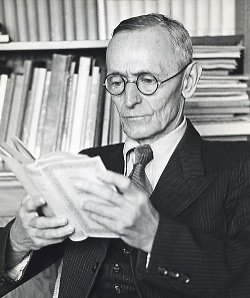