The usual image of war today held by many experts as well as most laymen can be summed up in the phrase "orgiastic spasm of destruction," or, "spasm war." Many believe that if one single button is pressed all the buttons will be pressed, and that some 30 minutes or so later missiles will rain enough destruction to terminate the defender's existence as a nation; subsequently, some minutes or hours later, a similar rain of death and destruction will annihilate the attacking nation. Within perhaps an hour or two the war will be effectively over-both combatants having received death blows-with only one question left; "How bad will the radiation be for the rest of the world?" 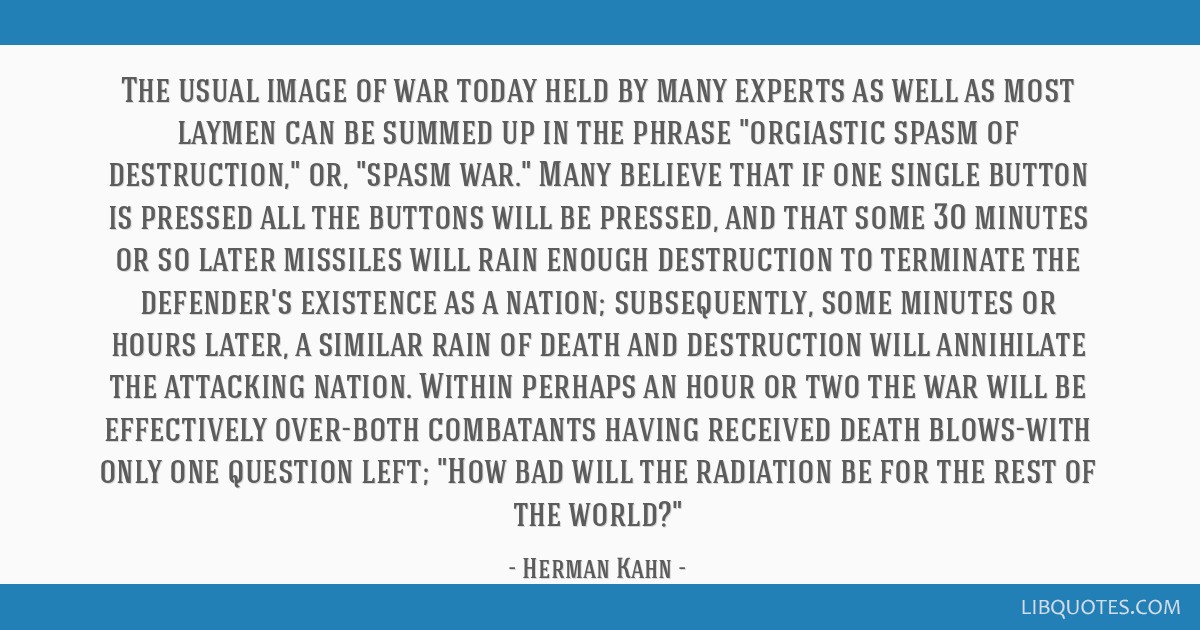 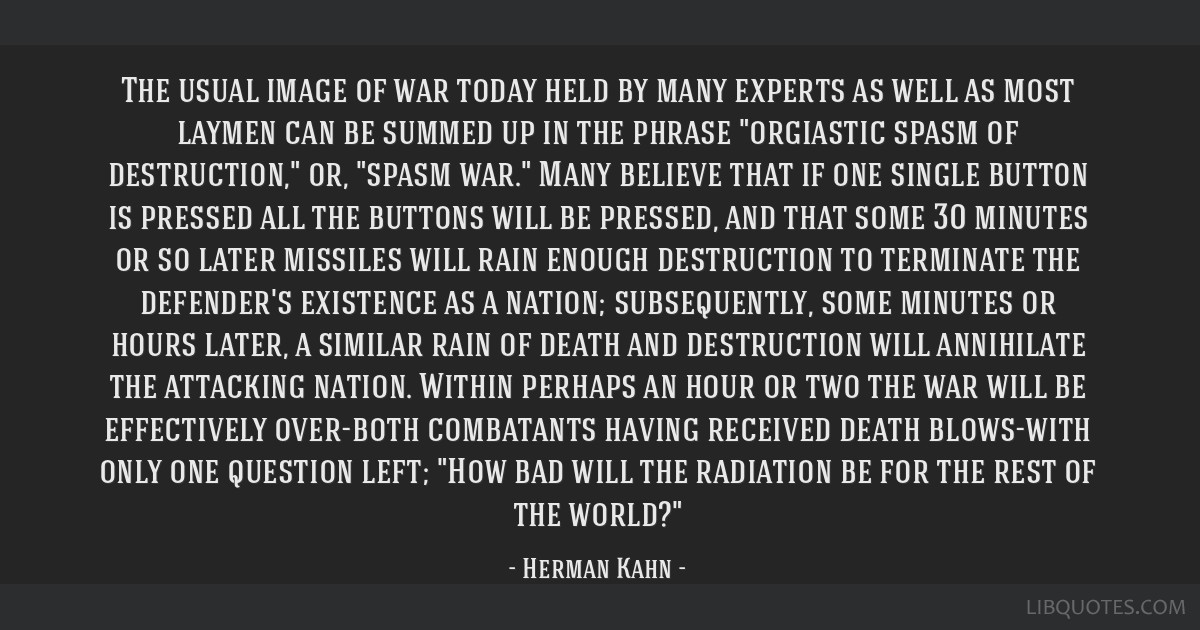 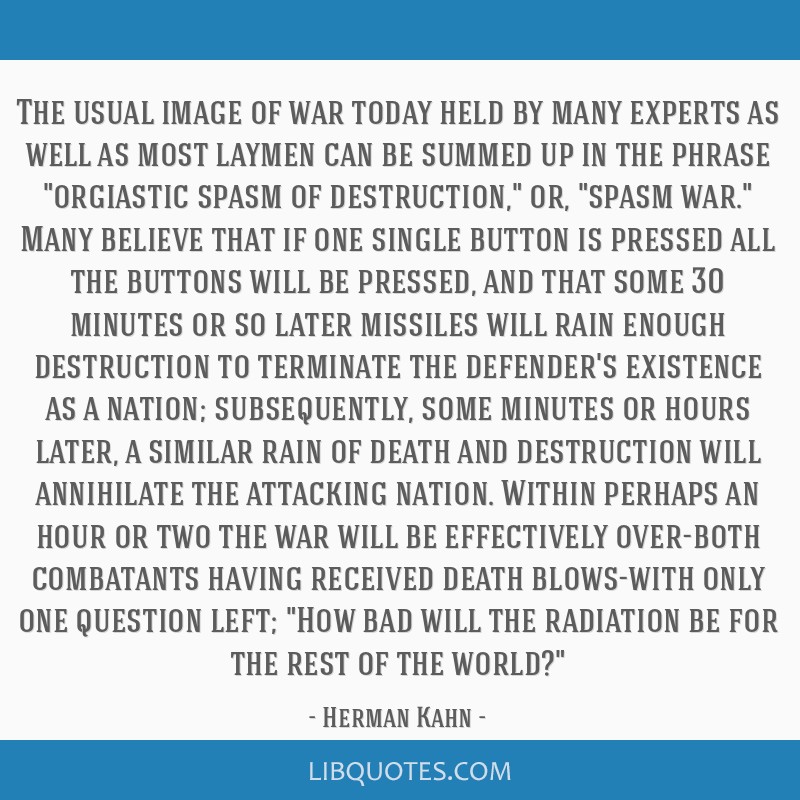 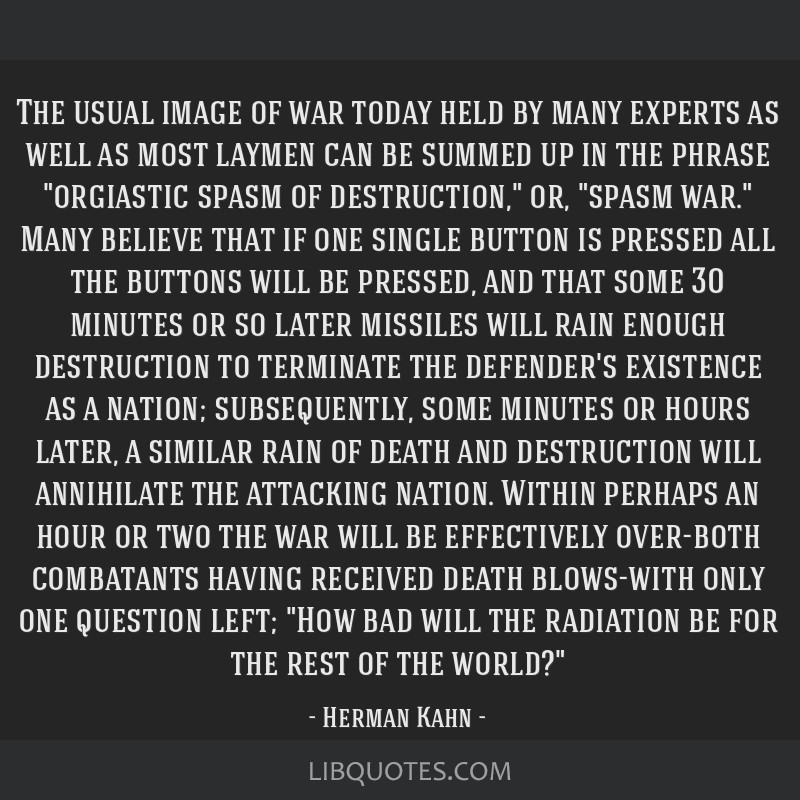 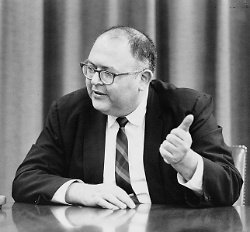