Nations are represented by their poets and their writers in the open competition for the Nobel Prize. Consequently the award of the Prize by the Academy glorifies not only the author but the people whose son he is, and it bears witness that that nation has a share in the universal achievement, that its efforts are fruitful, and that it has the right to live for the profit of mankind. If this honour is premous to all, it is infinitely more so to Poland. It has been said that Poland is dead, exhausted, enslaved, but here is the proof of her life and triumph. Like Galileo, one is forced to think when before the eyes of the world homage has been rendered to the importance of Poland's achievement and her genius. 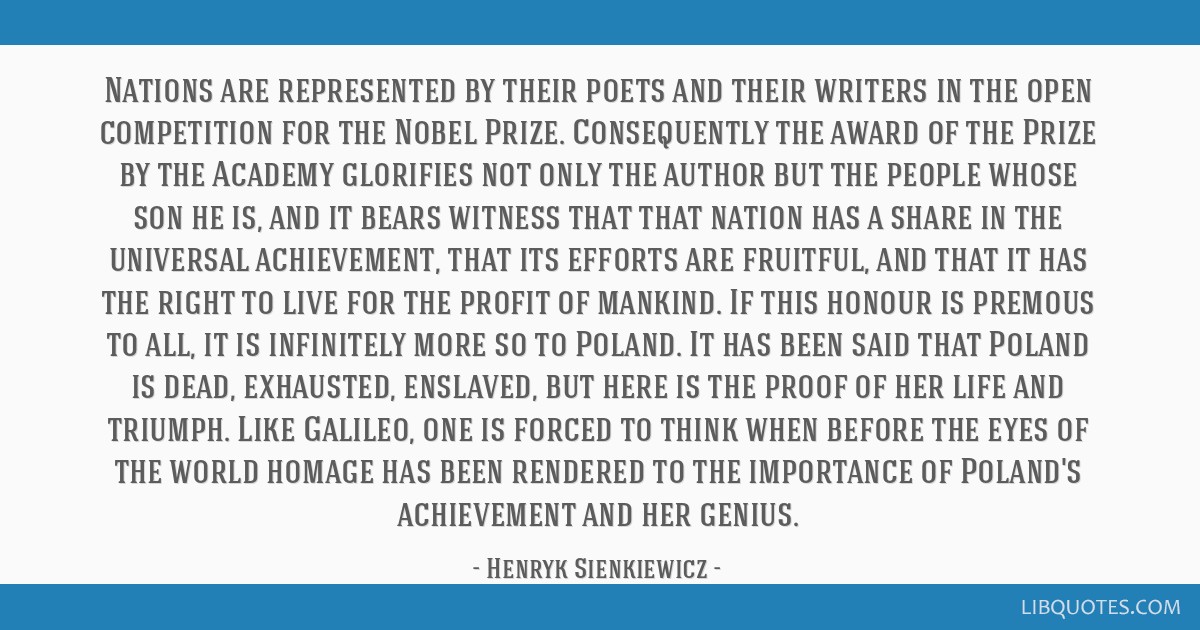 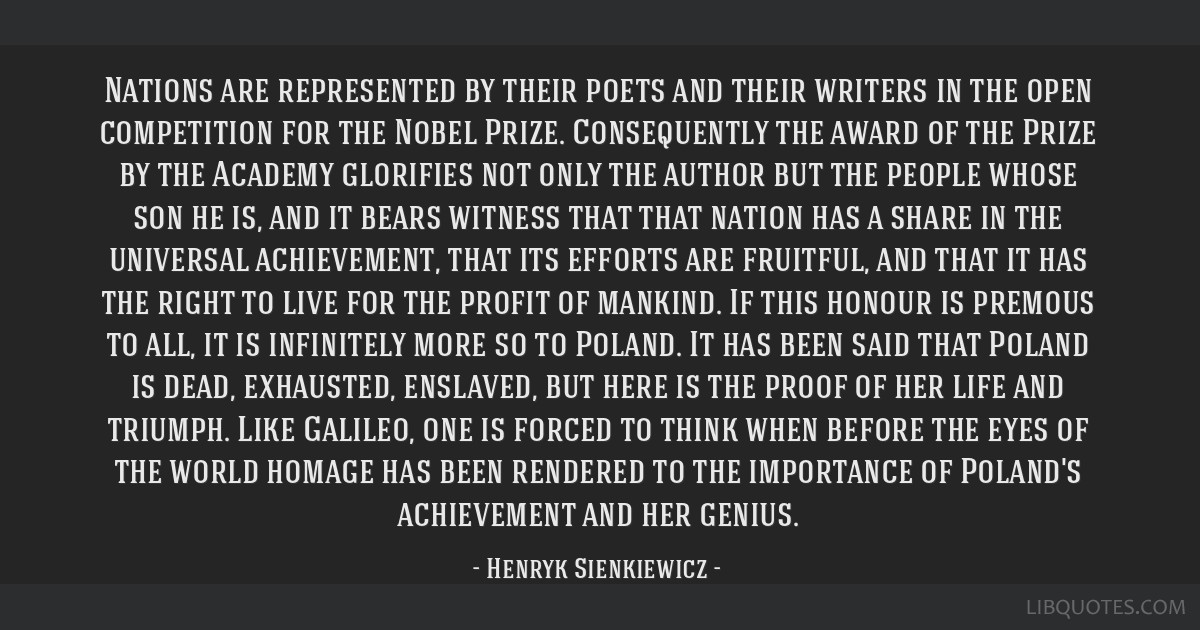 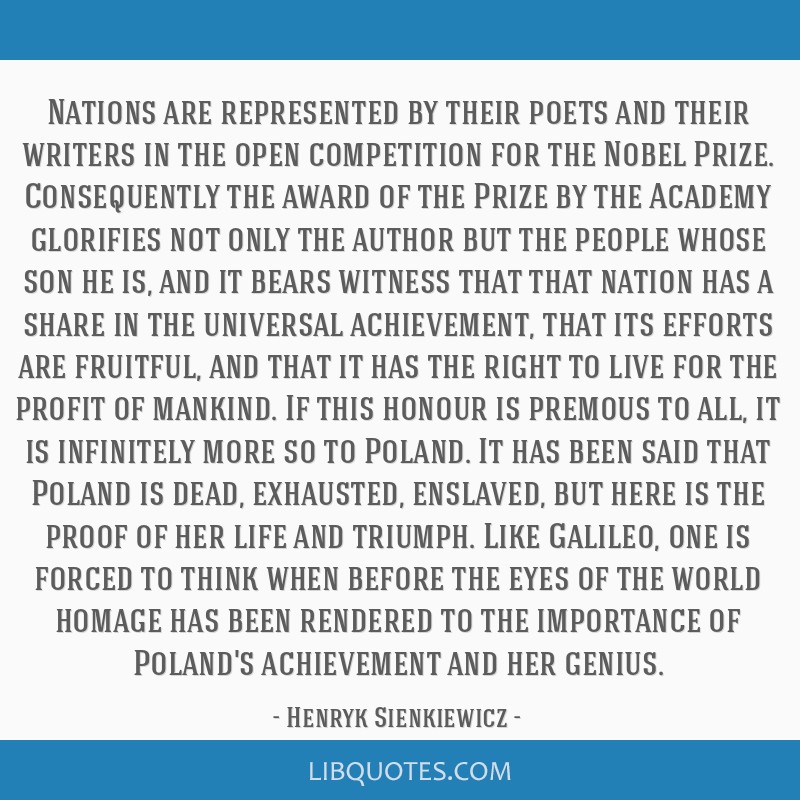 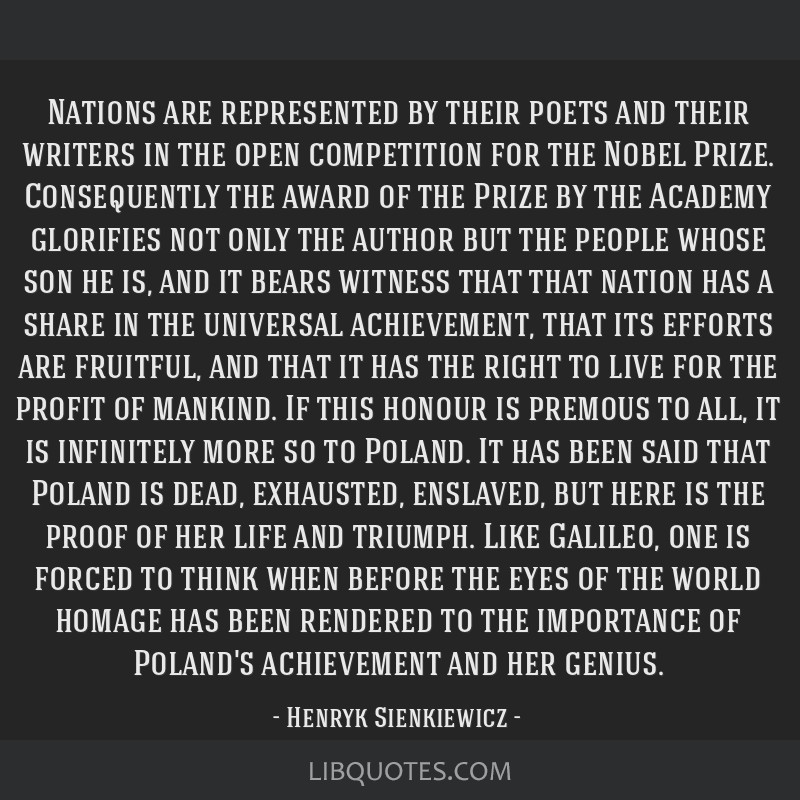 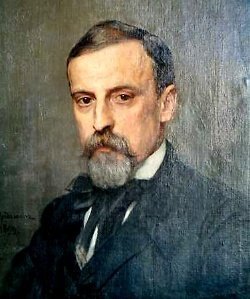