Hang yourself, brave Crillon; we fought at Arques and you were not there.

Henry IV of France
The wisest fool in Christendom [James I of England].

Henry IV of France
I want there to be no peasant in my kingdom so poor that he is unable to have a chicken in his pot every Sunday.

Henry IV of France
If God grant me life, I will see that every laboring man in my kingdom shall have his chicken to put in the pot. 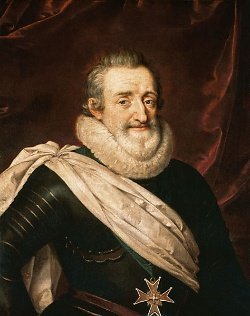