A modern, autonomous, and thoroughly trained Air Force in being at all times will not alone be sufficient, but without it there can be no national security.

Henry H. Arnold
Strategic air assault is wasted if it is dissipated piecemeal in sporadic attacks between which the enemy has an opportunity to readjust defenses or recuperate.

Men at forty Learn to close softly The doors to rooms they will not be Coming back to.
Donald Justice 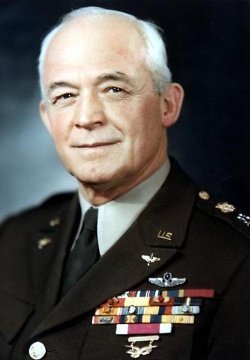