The soldier is applauded who refuses to serve in an unjust war by those who do not refuse to sustain the unjust government which makes the war; is applauded by those whose own act and authority he disregards and sets at naught; as if the state were penitent to that degree that it hired one to scourge it while it sinned, but not to that degree that it left off sinning for a moment. 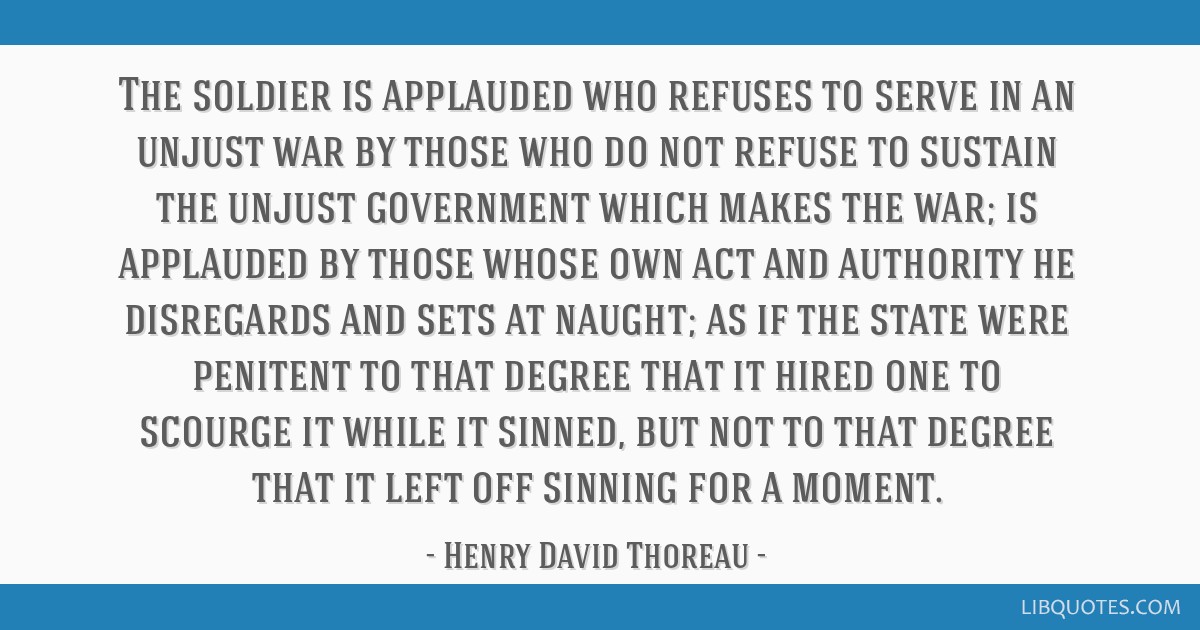 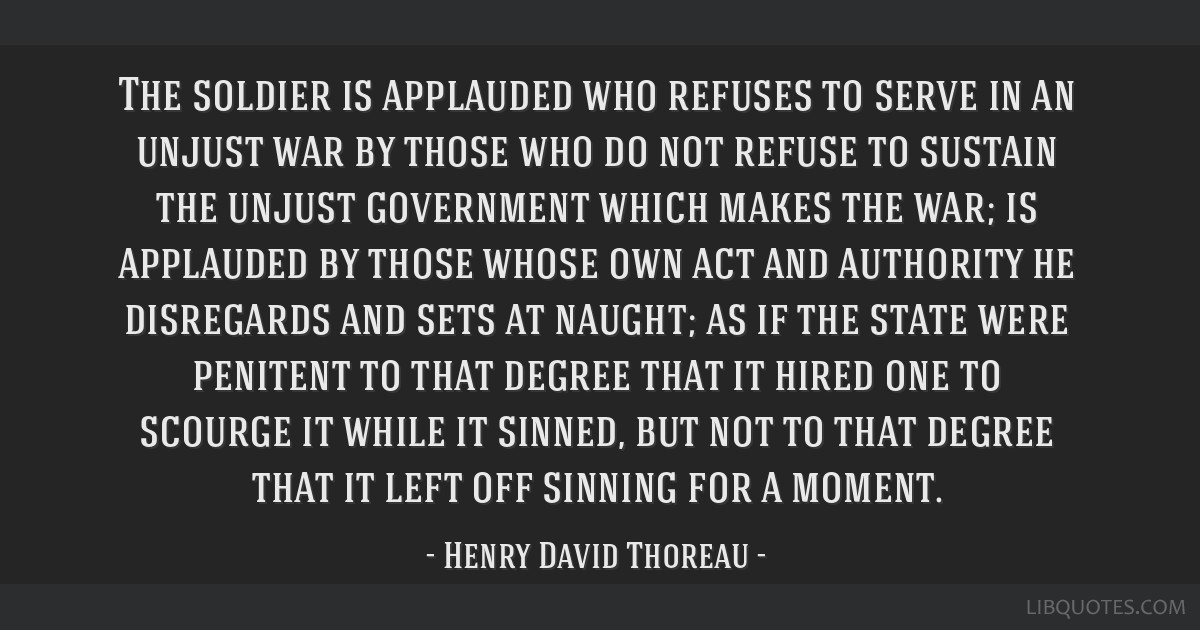 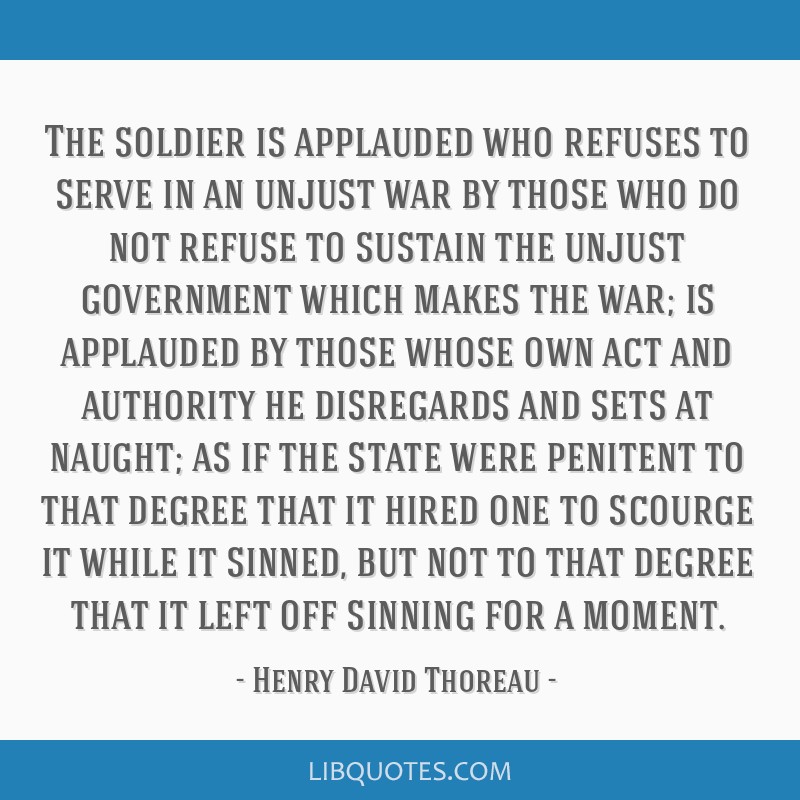 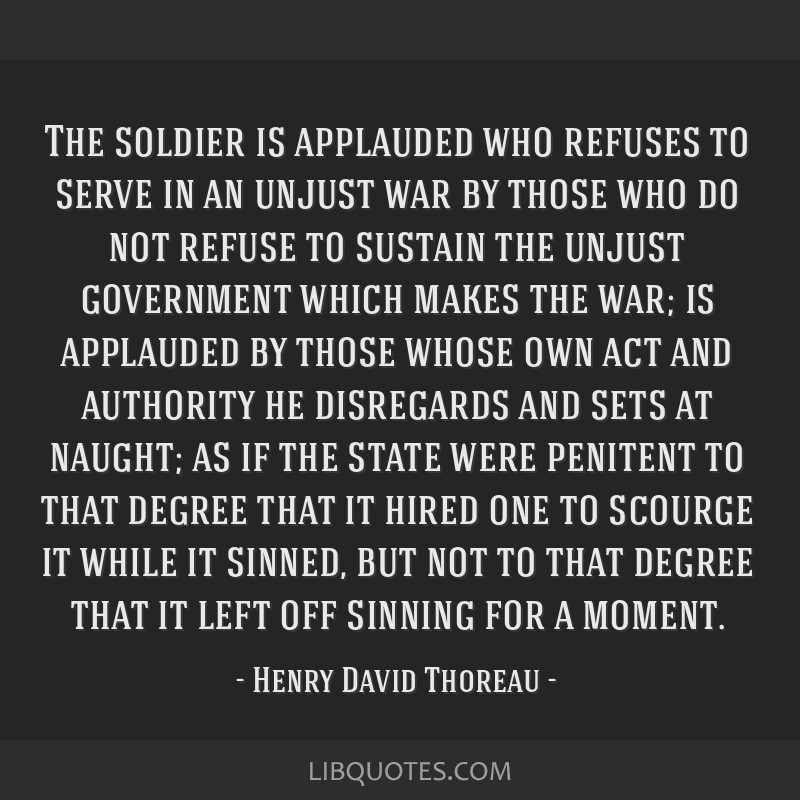 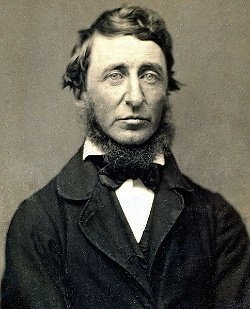