Henry Cabot Lodge
I have loved but one flag and I can not share that devotion and give affection to the mongrel banner invented for a league.

Henry Cabot Lodge
Let every man honor and love the land of his birth and the race from which he springs and keep their memory green. It is a pious and honorable duty. But let us have done with British-Americans and Irish-Americans and German-Americans, and so on, and all be Americans... If a man is going to be an American at all let him be so without any qualifying adjectives; and if he is going to be something else, let him drop the word American from his personal description.

Henry Cabot Lodge
He was a great patriot, a great man; above all, a great American. His country was the ruling, mastering passion of his life from the beginning even unto the end.

Henry Cabot Lodge
We make no hypocritical pretense of being interested in the Philippines solely on account of others. While we regard the welfare of these people as a sacred trust, we regard the welfare of the American people first. We see our duty to ourselves as well as to others. We believe in trade expansion. By every legitimate means within the province of government and constitution we mean to stimulate the expansion of our trade and open new markets. 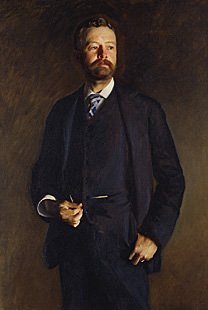 Creative Commons
Born: May 12, 1850
Died: November 9, 1924 (aged 74)
Bio: Henry Cabot Lodge was an American Republican Senator and historian from Massachusetts. A PhD in history from Harvard, he was a long-time friend and confidant of Theodore Roosevelt. Lodge had the role of the first Senate Majority Leader.
Known for: