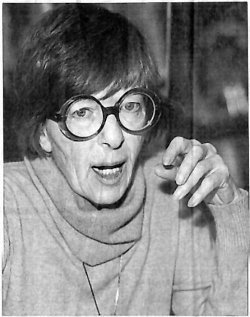 Wikipedia
Born: April 15, 1916
Died: April 9, 1997 (aged 80)
Bio: Helene Hanff was an American writer born in Philadelphia, Pennsylvania. She is best known as the author of the book 84, Charing Cross Road which became the basis for a stage play, television play, and film of the same name.
Known for: