Of all the African Amazons, only the Gorgons seem to have maintained a pure Amazon state; the others, though keeping the army purely feminine, maintained some men in their camps. [Among] [t]he Libyan Amazons....[,] [t]he women monopolized government and other influential positions. In contrast to the later Thermodontines, however, they lived in a permanent relationship with their sex partners, even though the men led a retiring life, could not hold public office, and had no right to interfere in the government of the state or society. Children, who were brought up on mare's milk, were given to the men to rear. 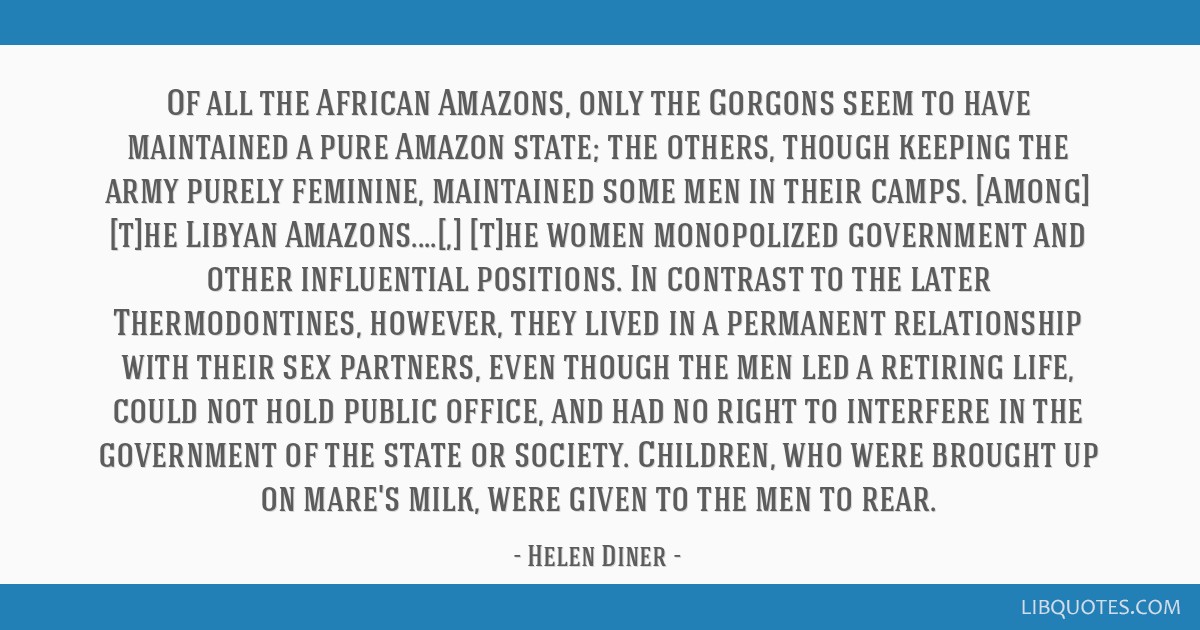 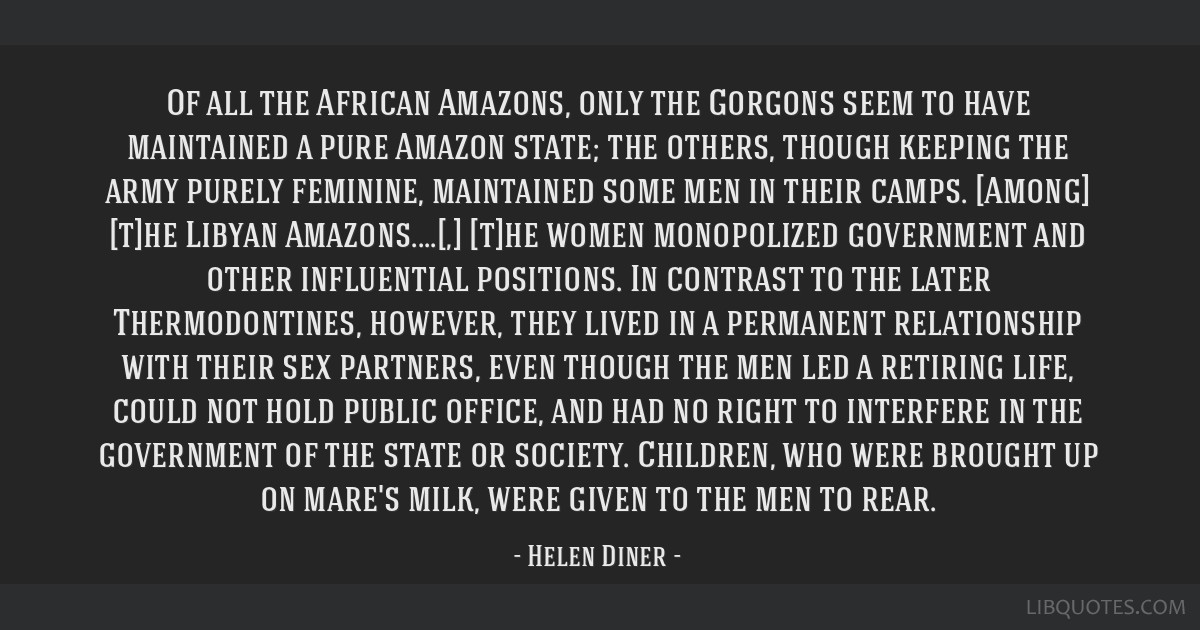 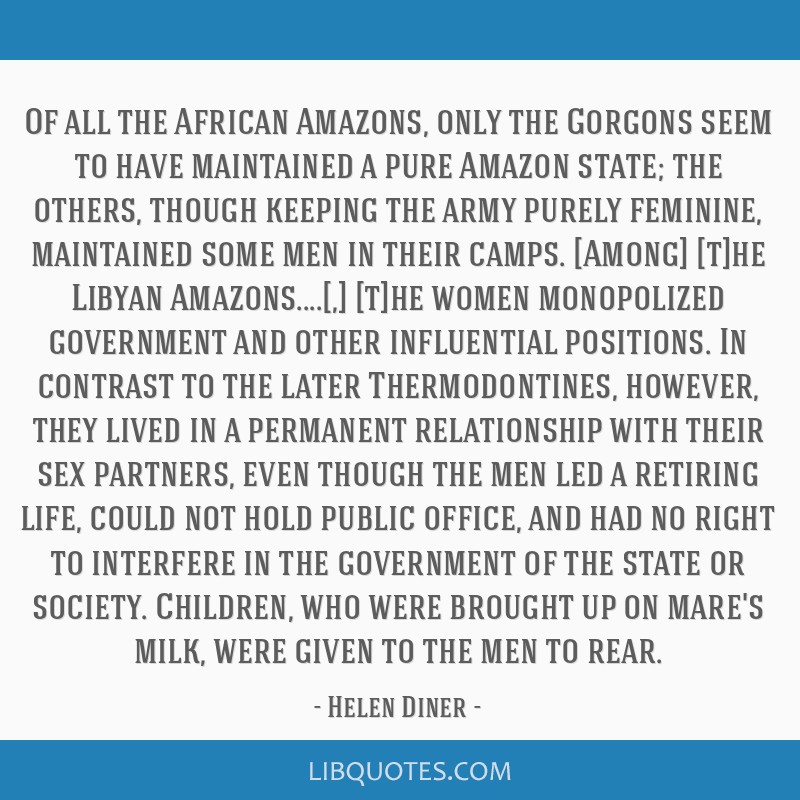 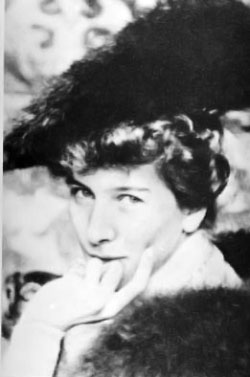