Well, in the first place, I deny that Lincoln acted unconstitutionally at any time during the Civil War. It was a civil war. There were traitors in the midst of all of the free states. The possibility of recruiting soldiers and keeping them from deserting. There was lots of desertion on both sides of the Civil War, and it just happens that there were more Confederate soldiers executed for desertion than there were Union soldiers. But there were plenty of executions on both sides. 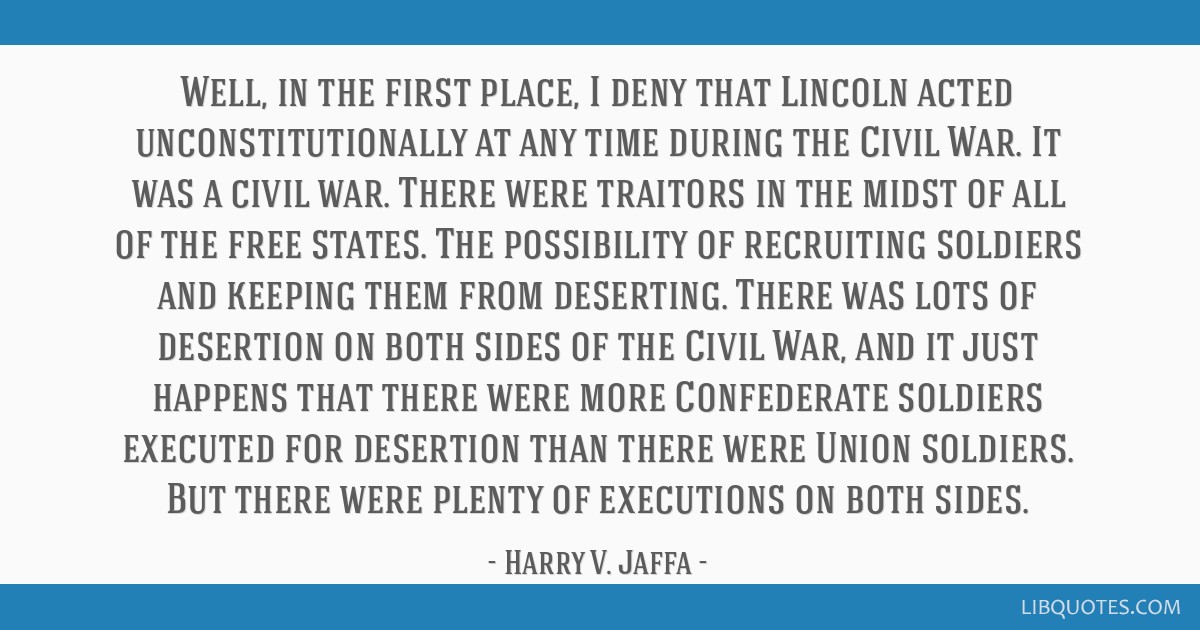 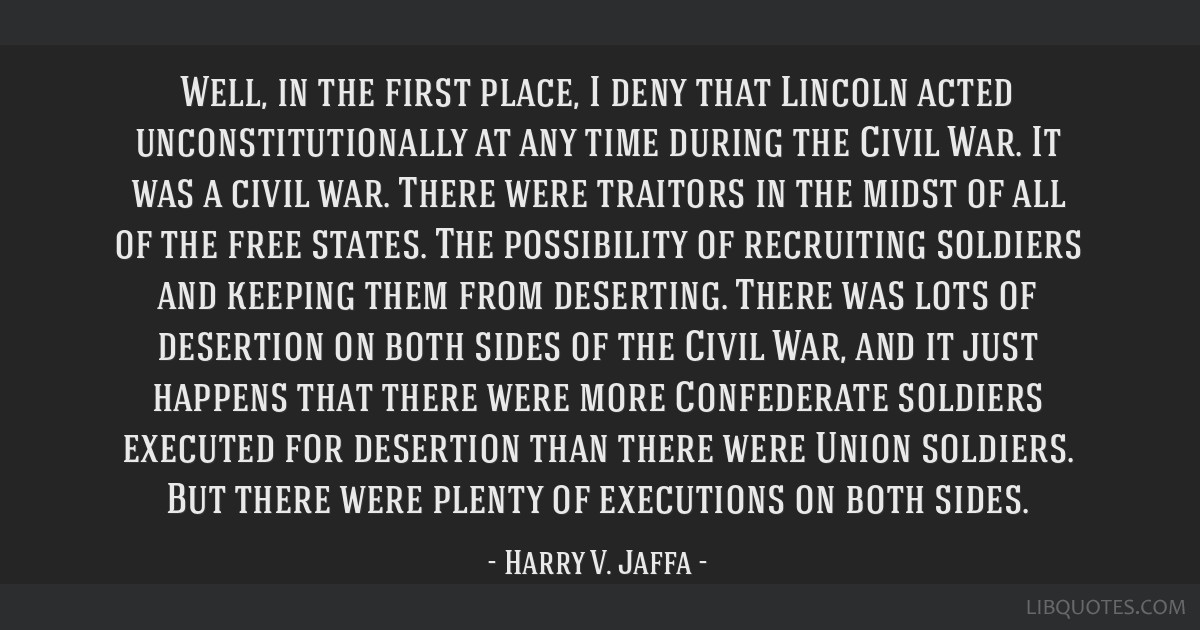 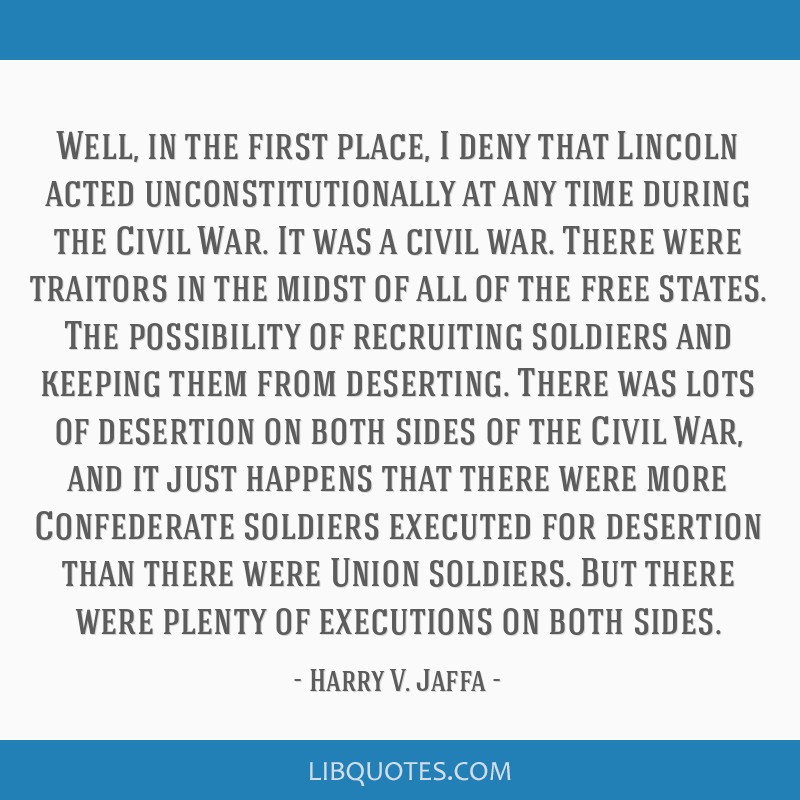 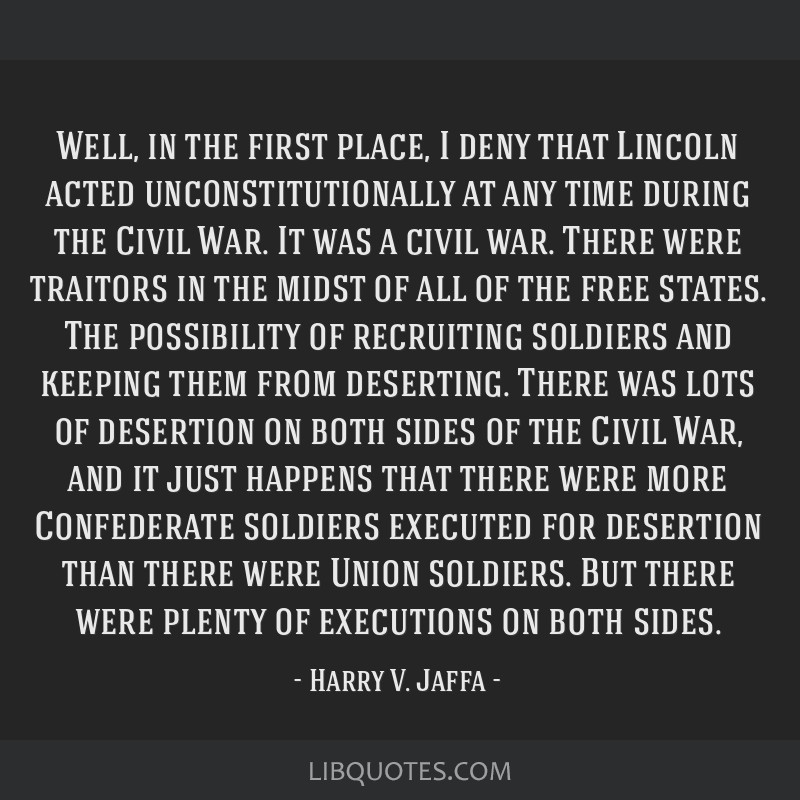