When people speak about the results of the 1860 Presidential election, it's usually given out that Lincoln had, I think, 39 percent of the popular vote in that election. But, of course, there were 10 states in the South who formed part of the ten or the eleven states of the Confederacy, in which no Republican electors were on the ballots. And since we know that at least 100,000 men from those states came north to join the Union Army, there were at least 100,000 votes that weren't counted. 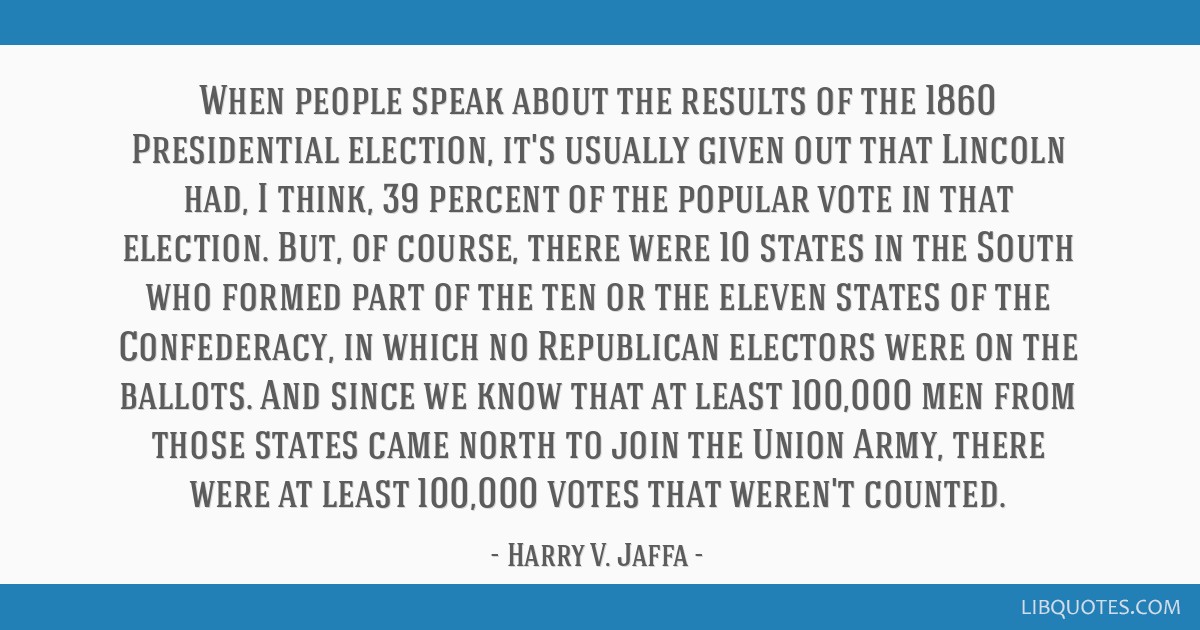 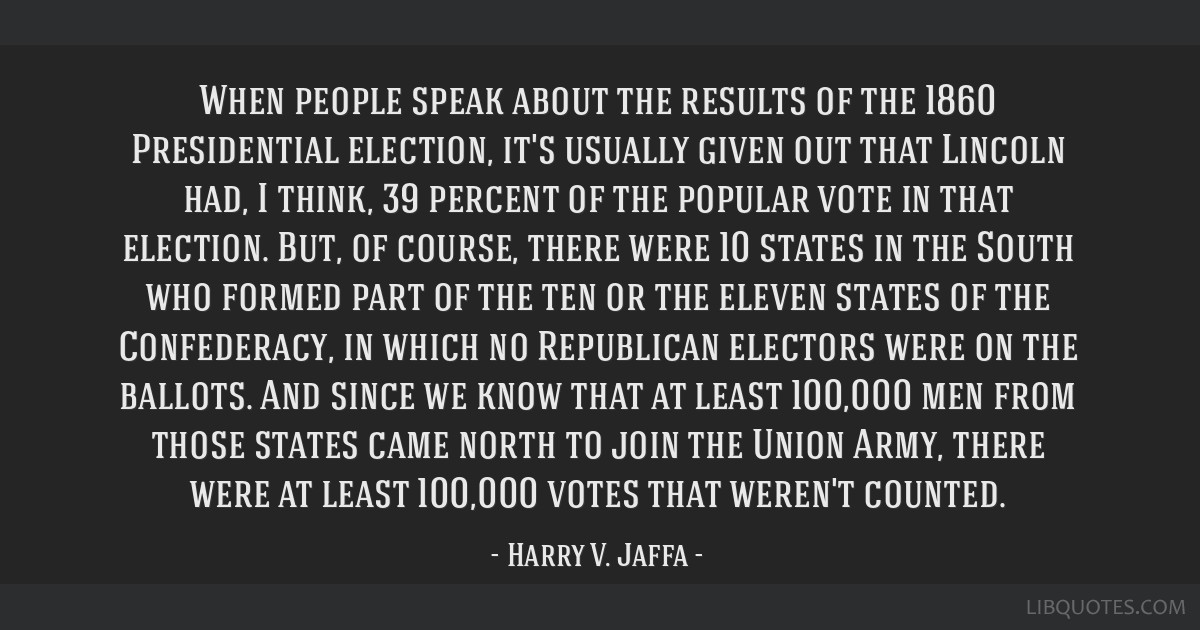 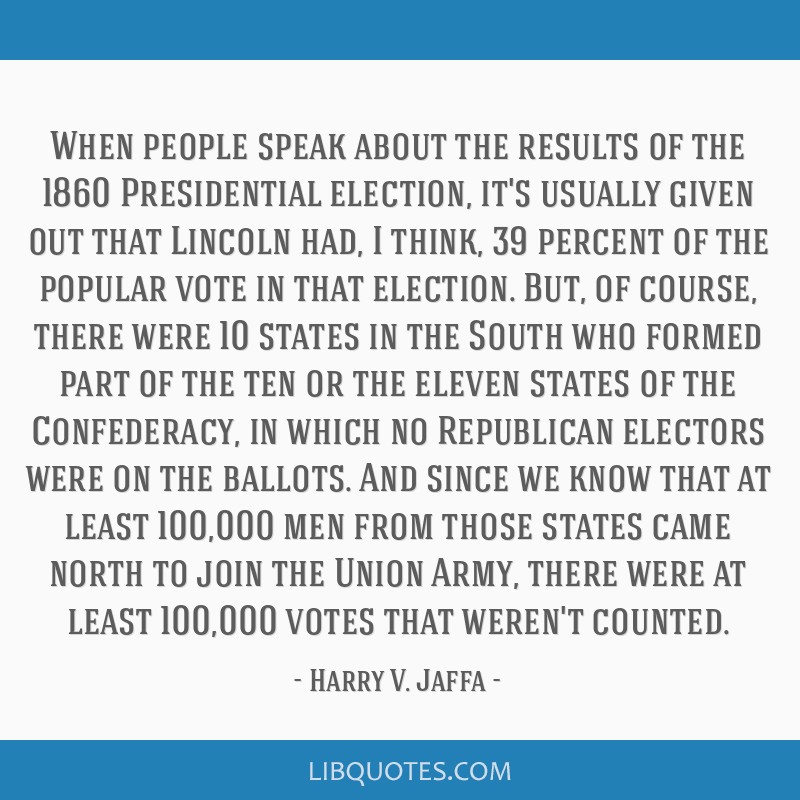 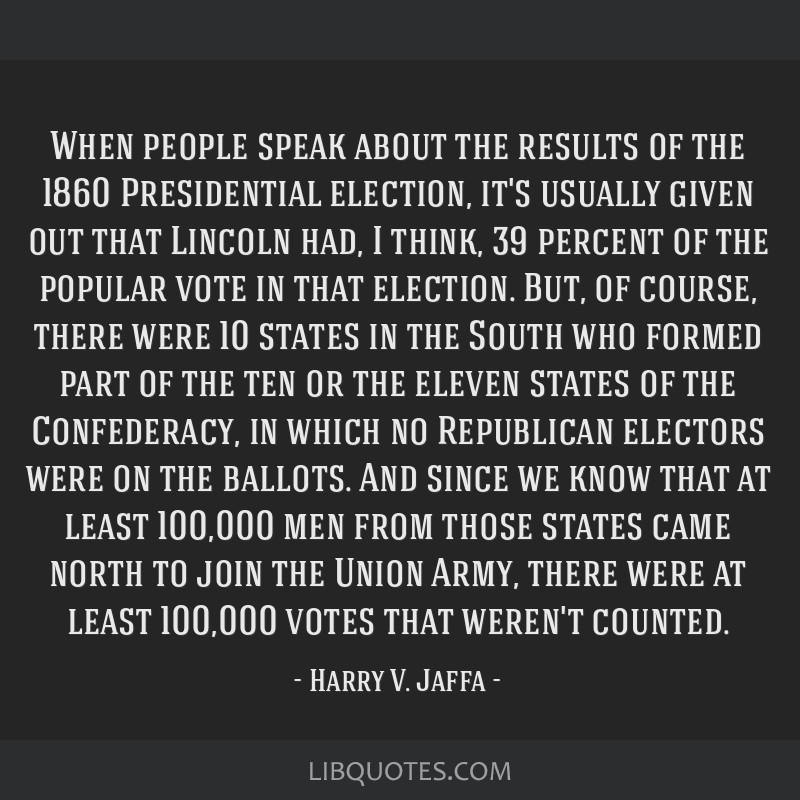