The king is not responsible for the fate of each man's soul. Every man is responsible to God, but not the king, for this. Shakespeare, while displaying unflinchingly the defects of kingly rule, does not in the English histories have on his horizon any alternative to divine right monarchy. The American Founding's Lockean republican political theory provides an answer to the defects of Christian divine right monarchy, the answer that Lincoln inherited. This supplied as well the theoretical foundation for Lincoln's assault on slavery.

Aristotle and Locke in the American Founding (2001) 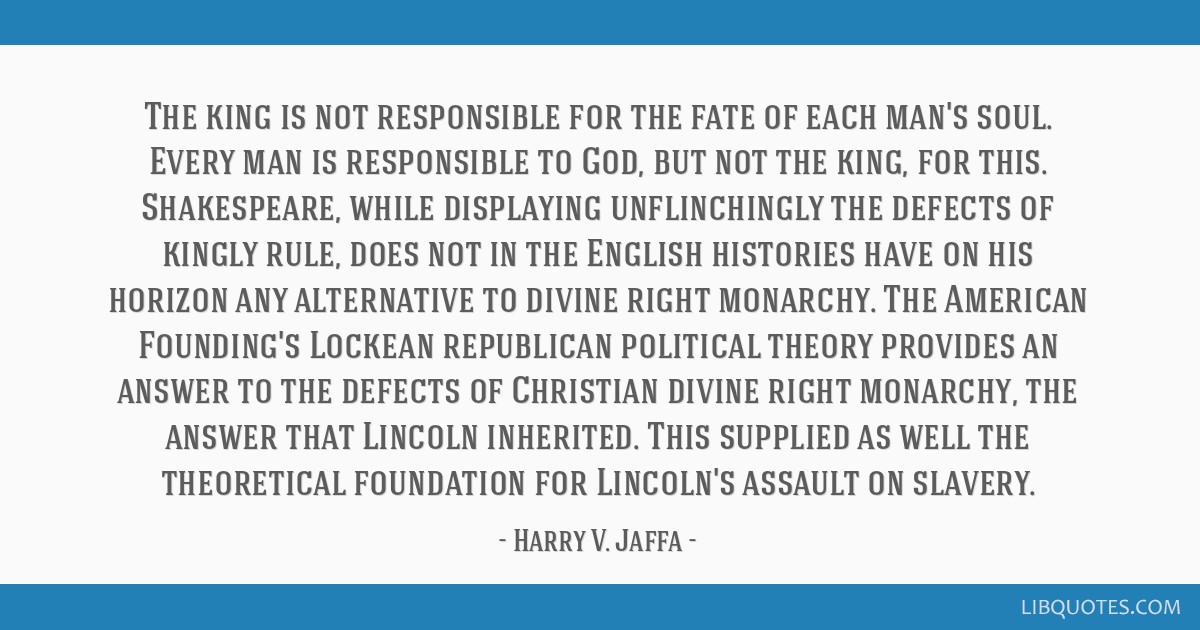 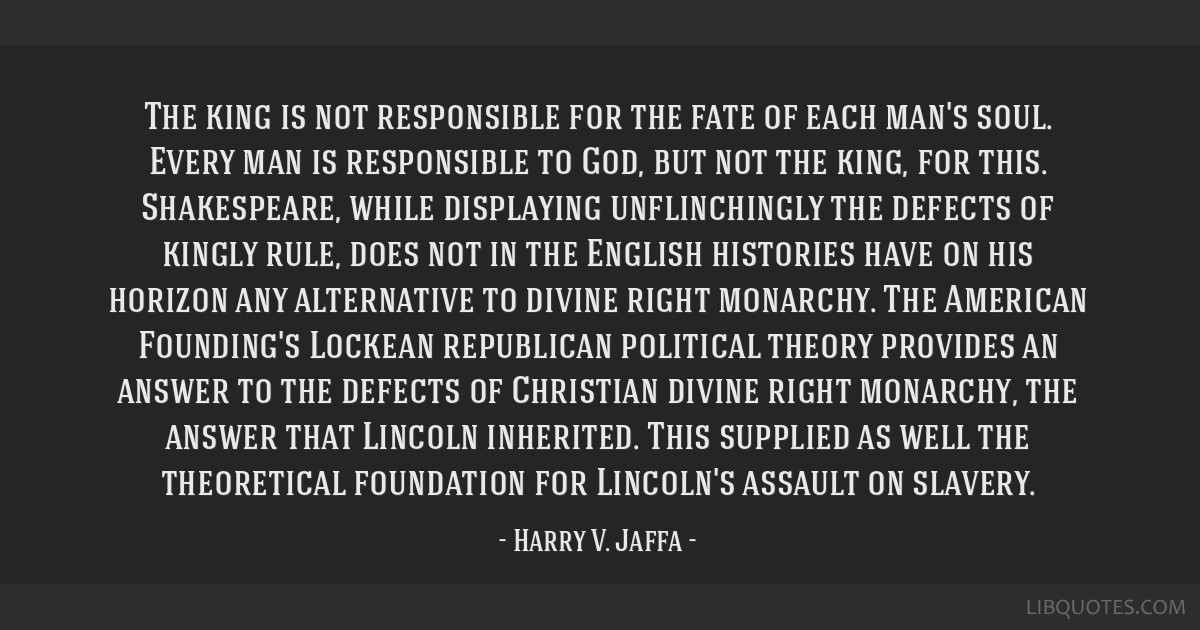 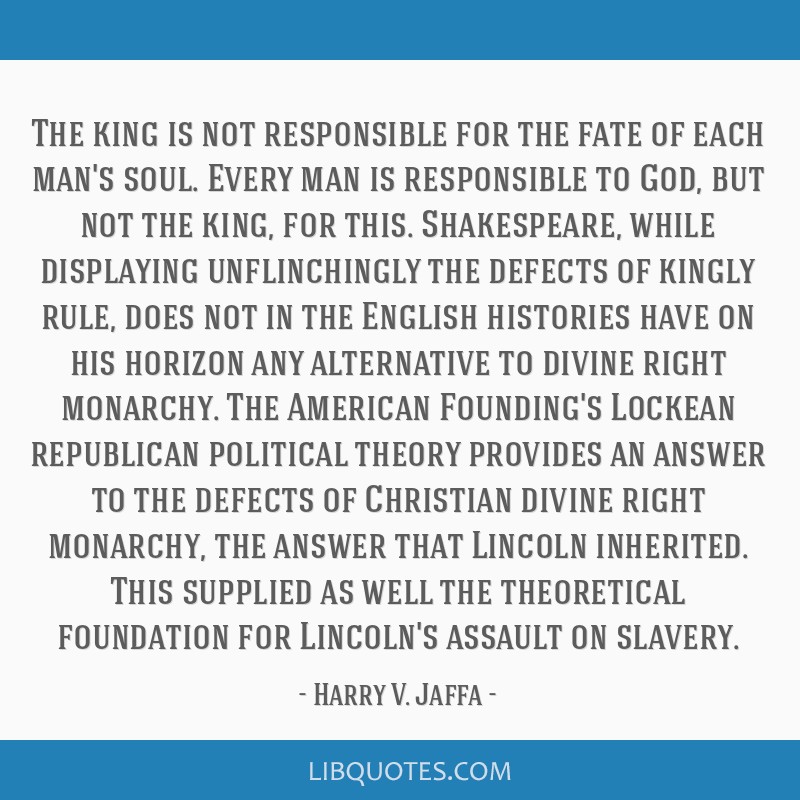 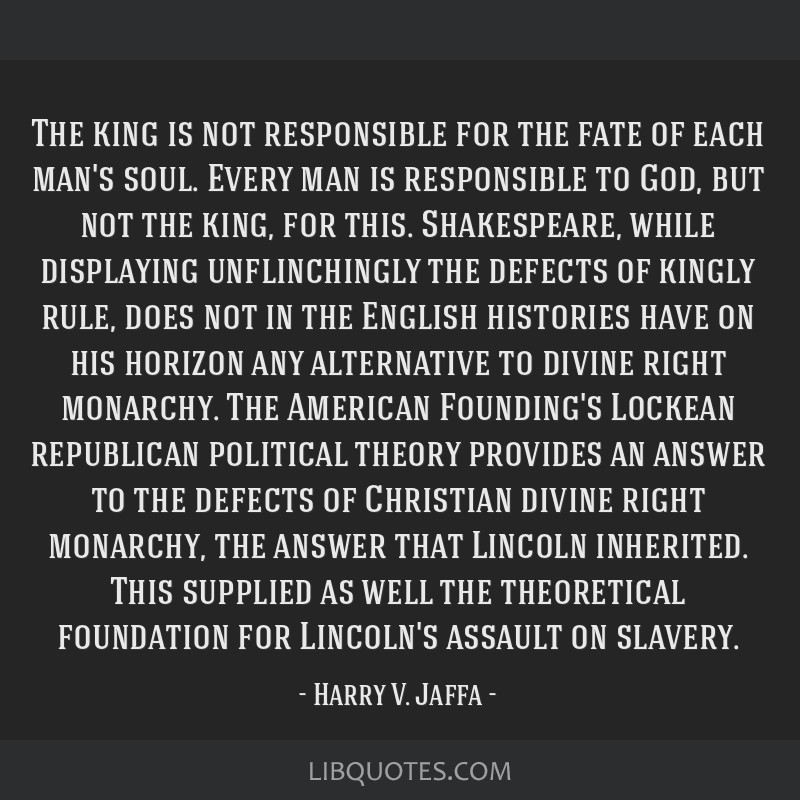