Well, Lincoln, in his July 4th Special Message to the Congress, 1861, said that the people of the South were a law-abiding people, and they would not have undertaken to do what they were now doing if it hadn't been for the invention of an ingenious sophism, according to which a state could secede from the Union without the permission of the Union or of any other state. 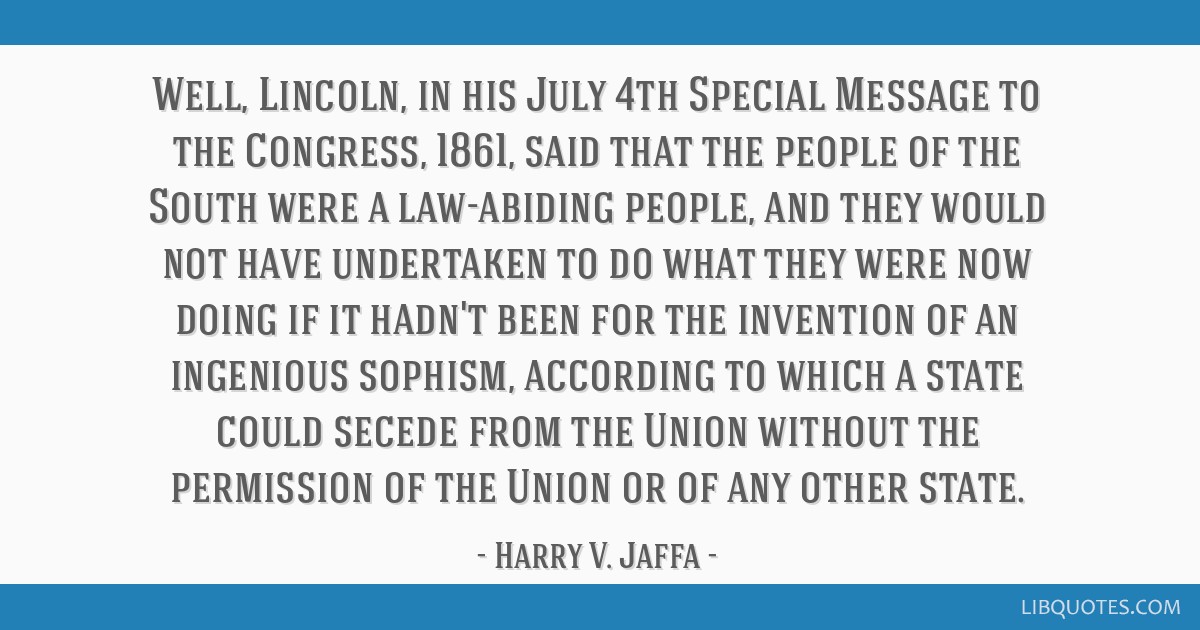 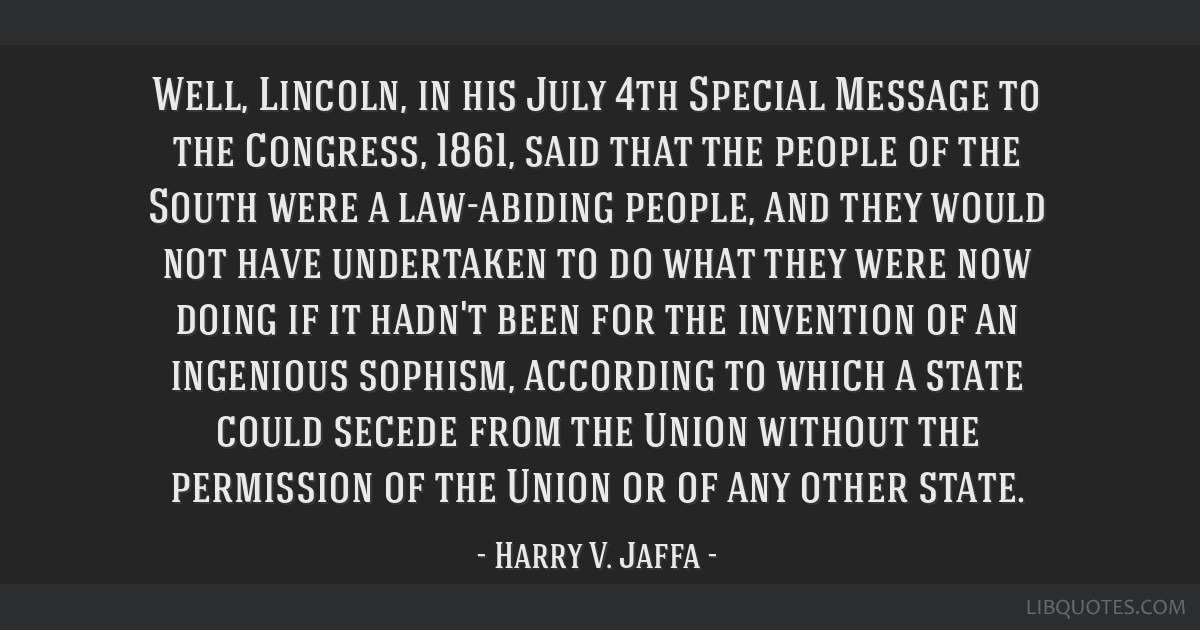 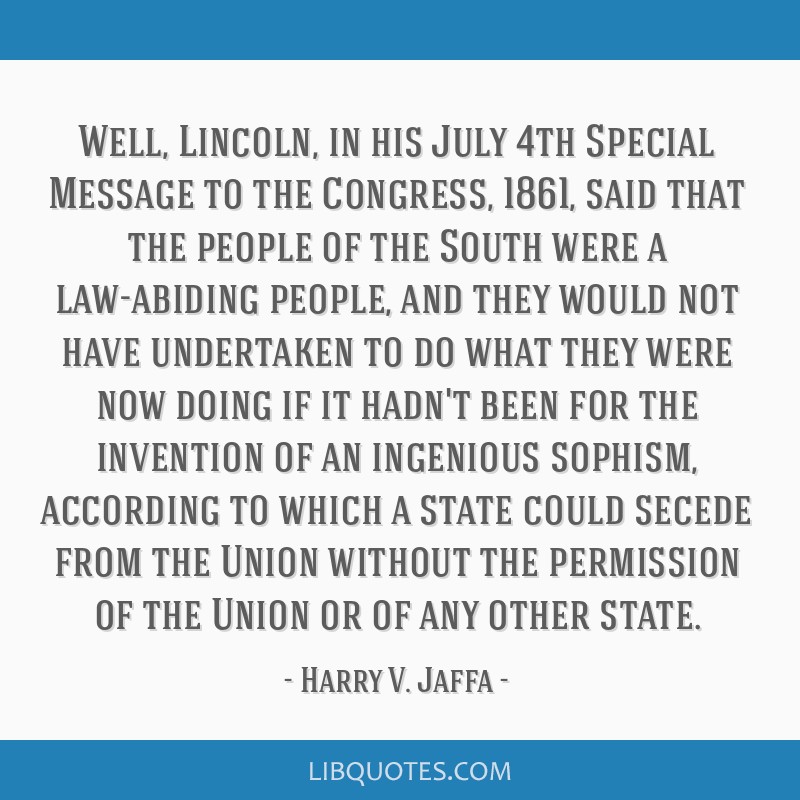 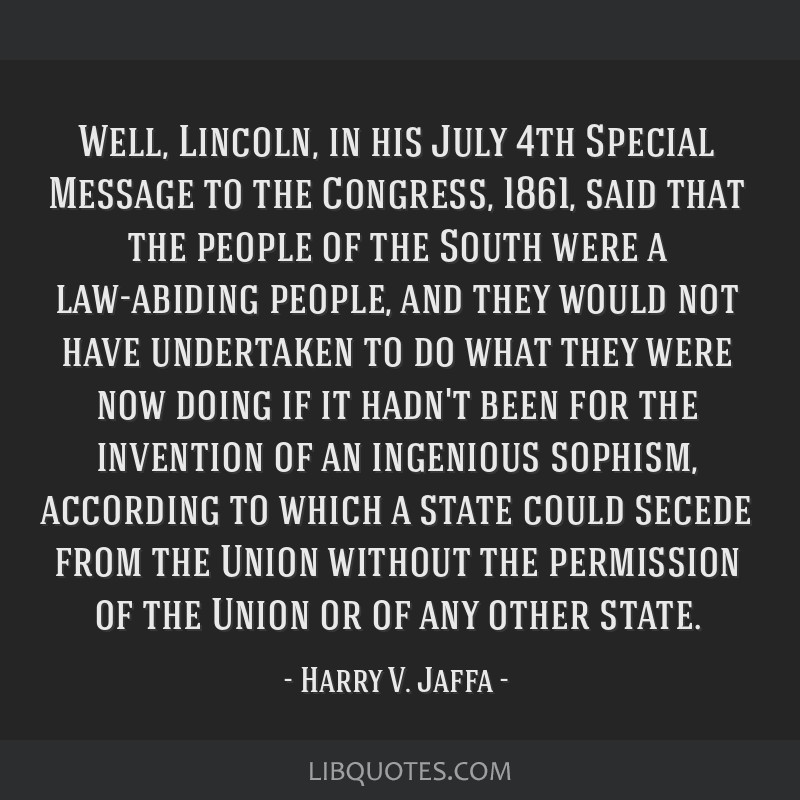