Lincoln, as we know, supported that Act as part of the Compromise of 1850. But in his inaugural address he mentioned several respects in which that law should be modified so that it would be consistent, at least, with the principles of civil liberty. But that was the temper of the country. 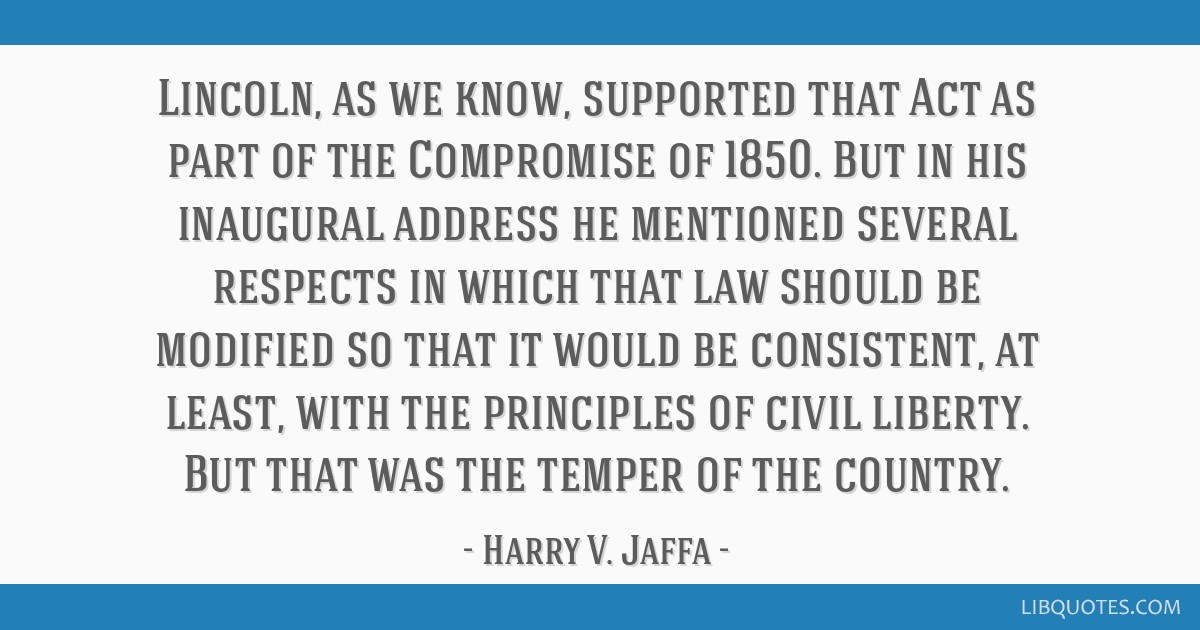 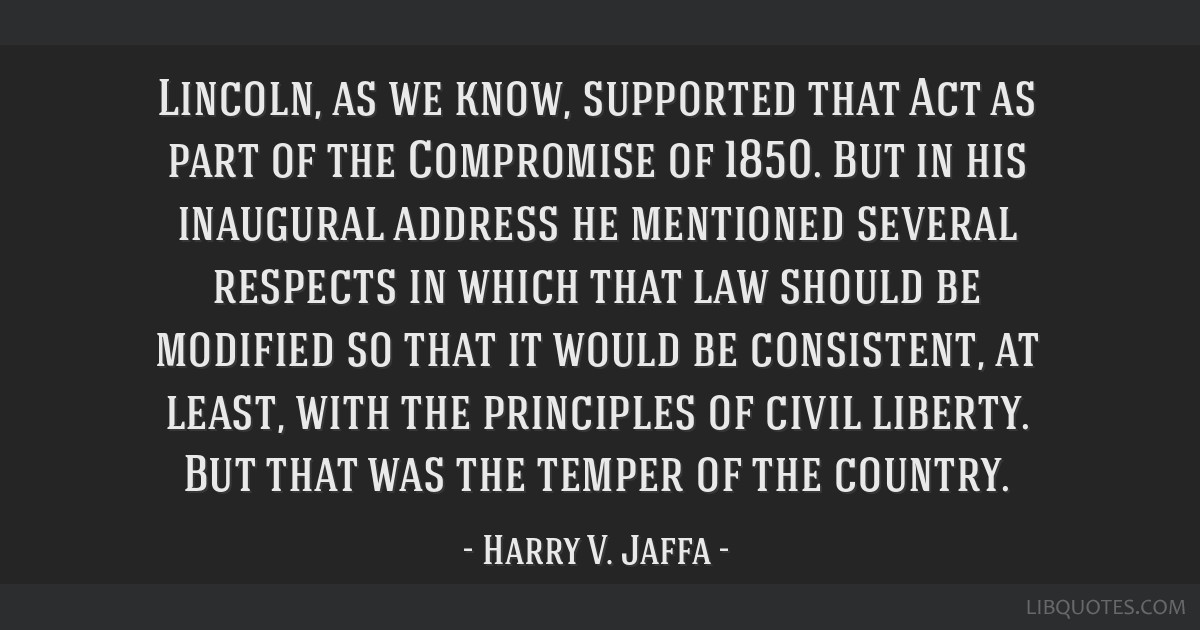 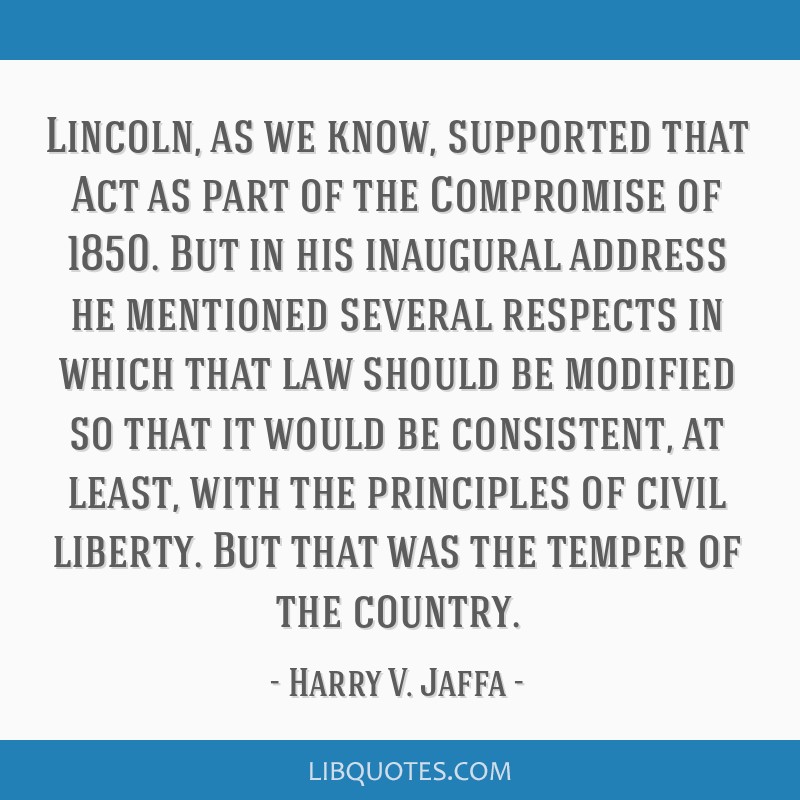 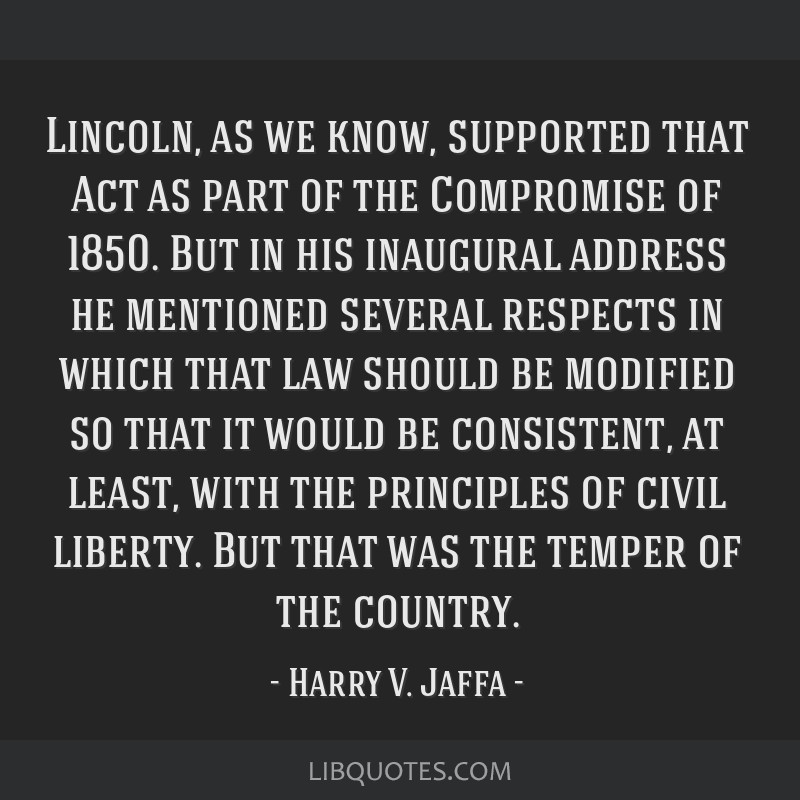