The peaceful and orderly inauguration of George W. Bush, as 43rd President of the United States, after the closest election in American history, is an event deserving thoughtful and thankful reflection. There were present on the inaugural platform former presidents of both parties, as well as the gracious loser in the contest just ended. They were testimony to the prizing above all political differences, of the rule of law under the Constitution. We are accustomed, now, to resolving our differences with ballots and not bullets. We are accustomed, now, when we lose an election to look to the next election to advance our political fortunes. But few of us today are aware of how recent in human experience, and how fragile, is this phenomenon. 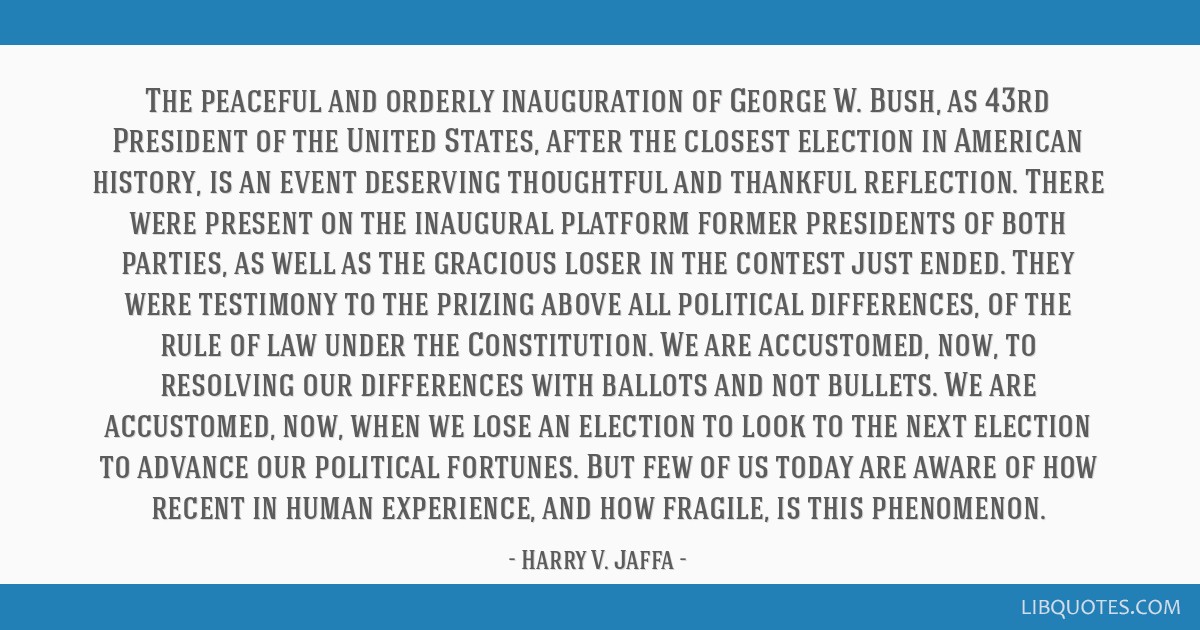 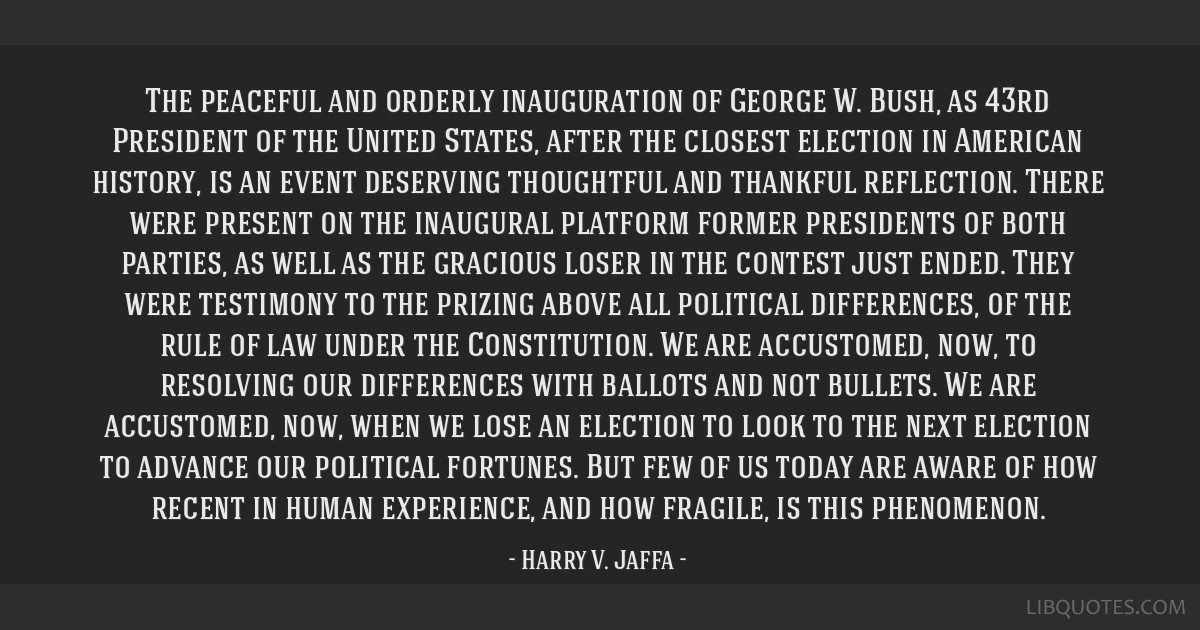