Now, there were many reasons why the south did not appeal to the right of revolution. One reason was that there were no abuses that they had been subject to, comparable to the ones enumerated in the Declaration of Independence. Lincoln, in his inaugural address, said that there was not a single constitutional right which anybody could point to, to say that that had been violated. They were exercising this right as something that was to their pleasure, for their own purposes, but that had nothing to do with the Constitution, and yet they were claiming it as a Constitutional right to withdraw from the Union. 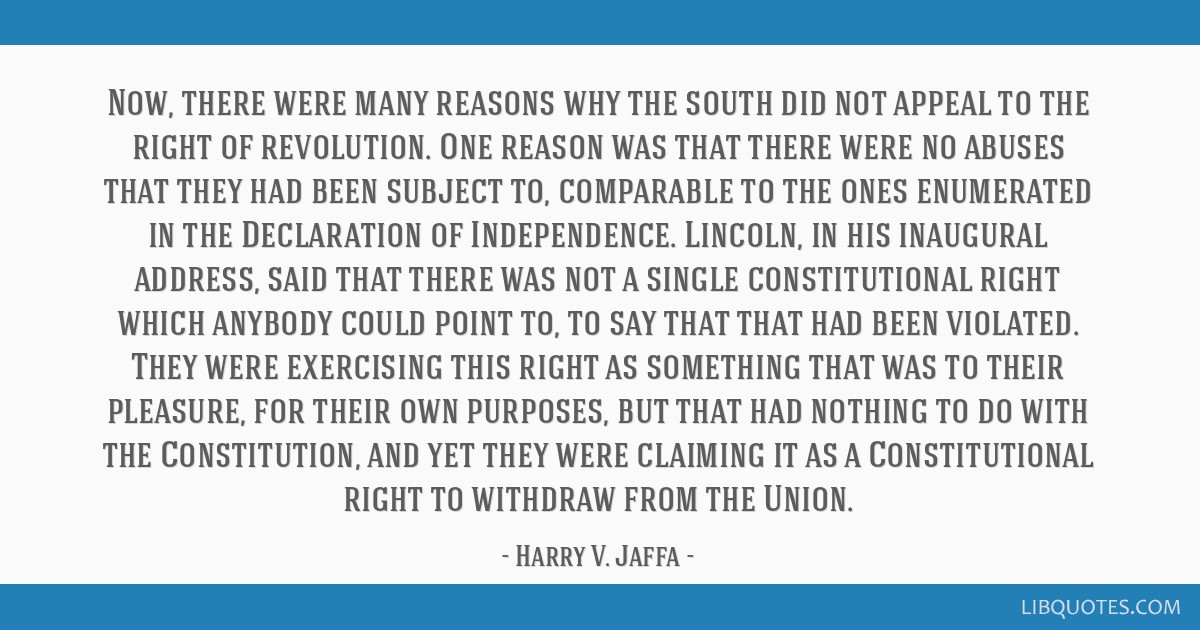 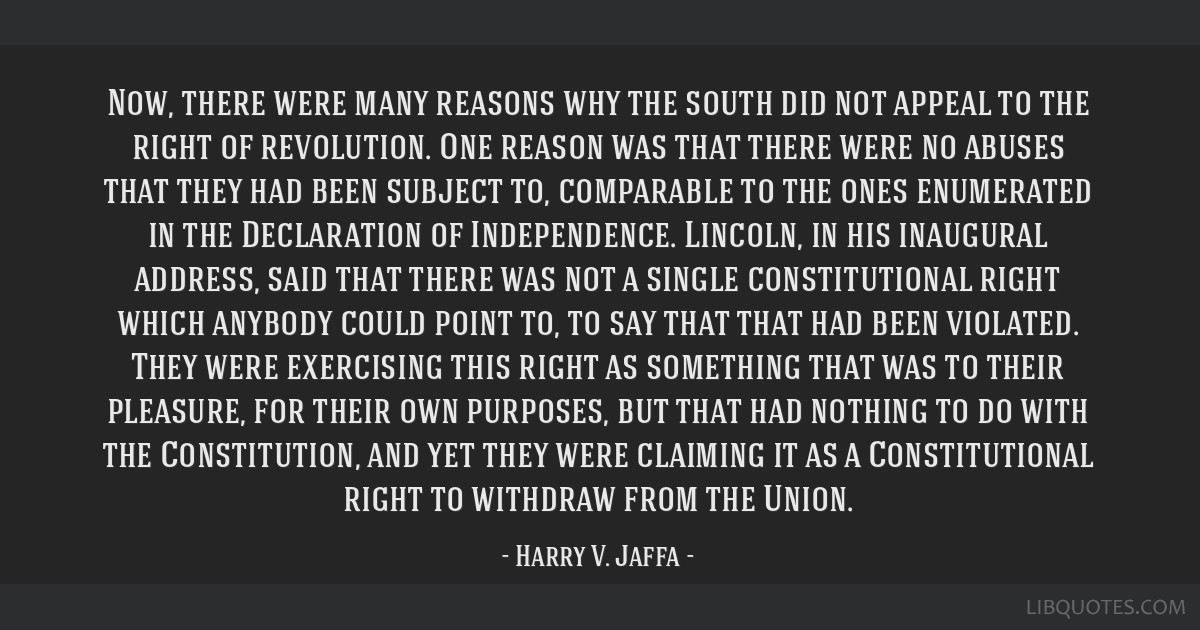 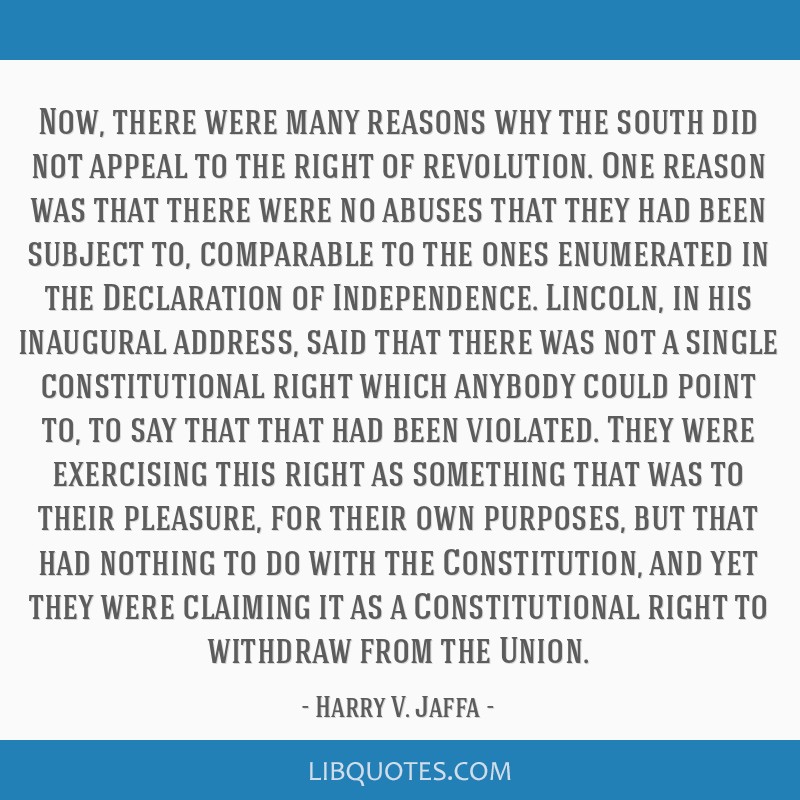 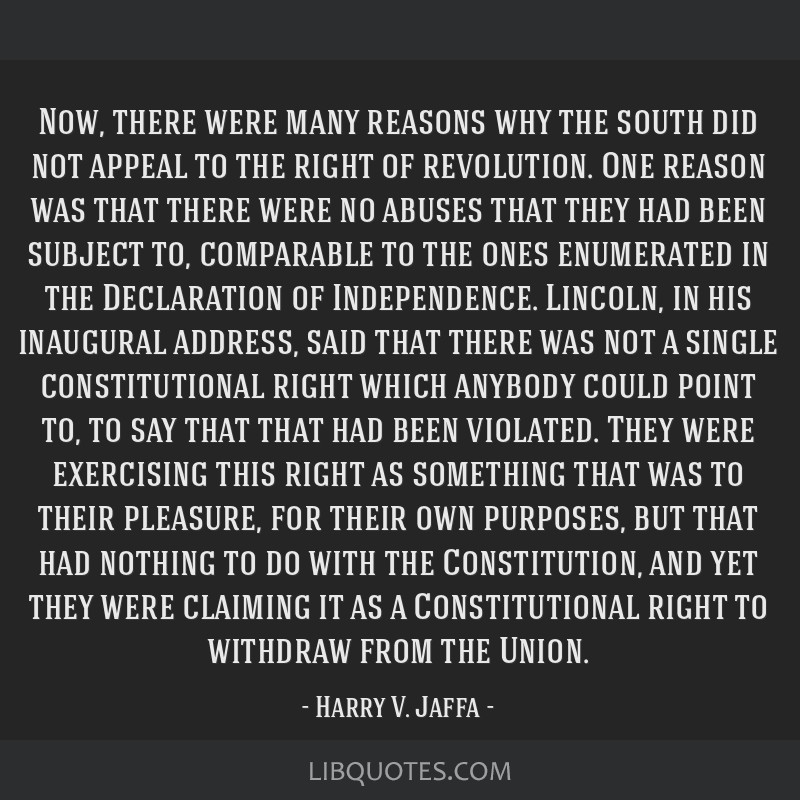