I think if Obama is reelected, then that'll be a disaster of immeasurable proportions. If the government takes over large segments of the economy, we will become a socialist state. The salvation of the Republican Party, and of the country and of the world, will be changing the conservative moment to reflect the principles of Abraham Lincoln. The platform on which Lincoln was elected in 1860 quoted part of the Declaration of Independence. Government is based on the consent of the governed. 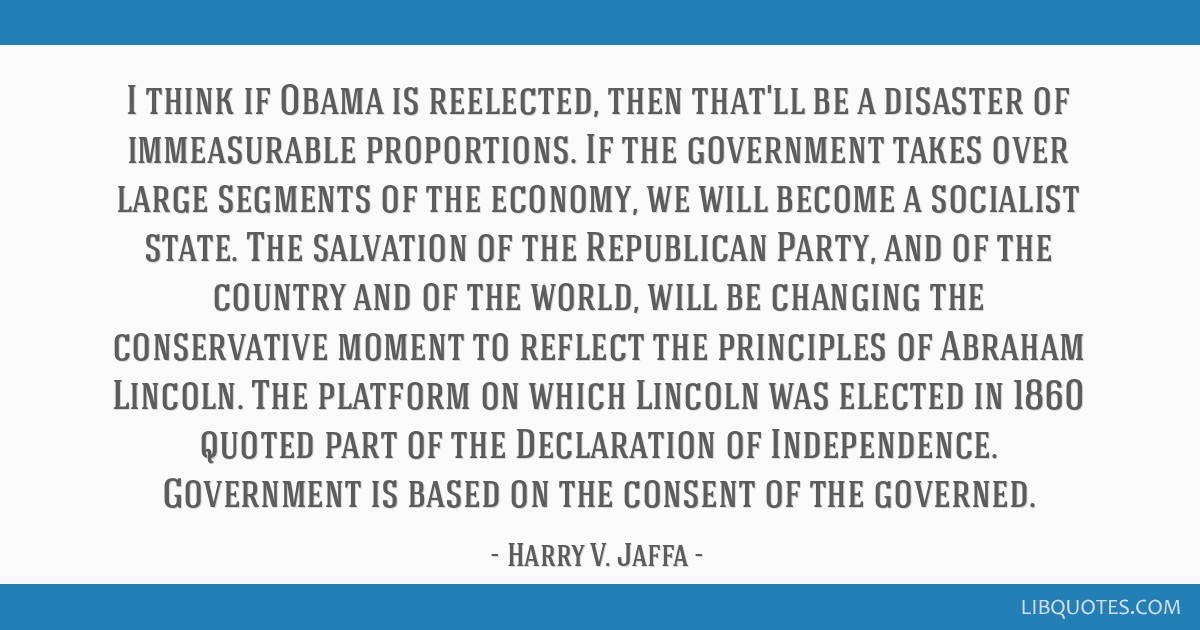 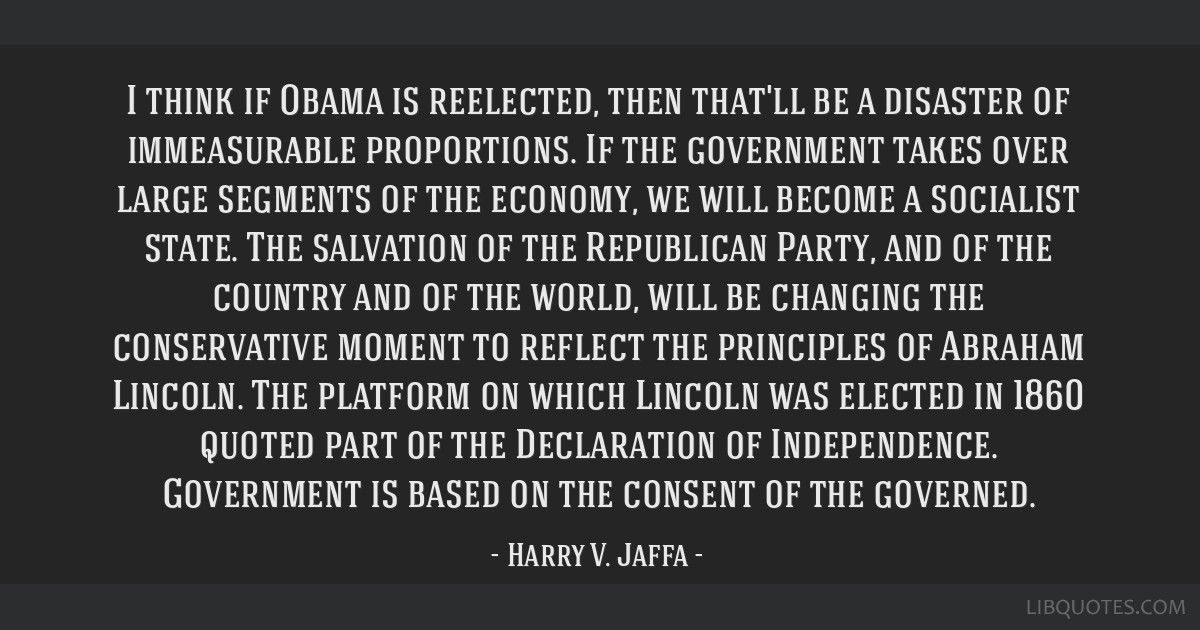 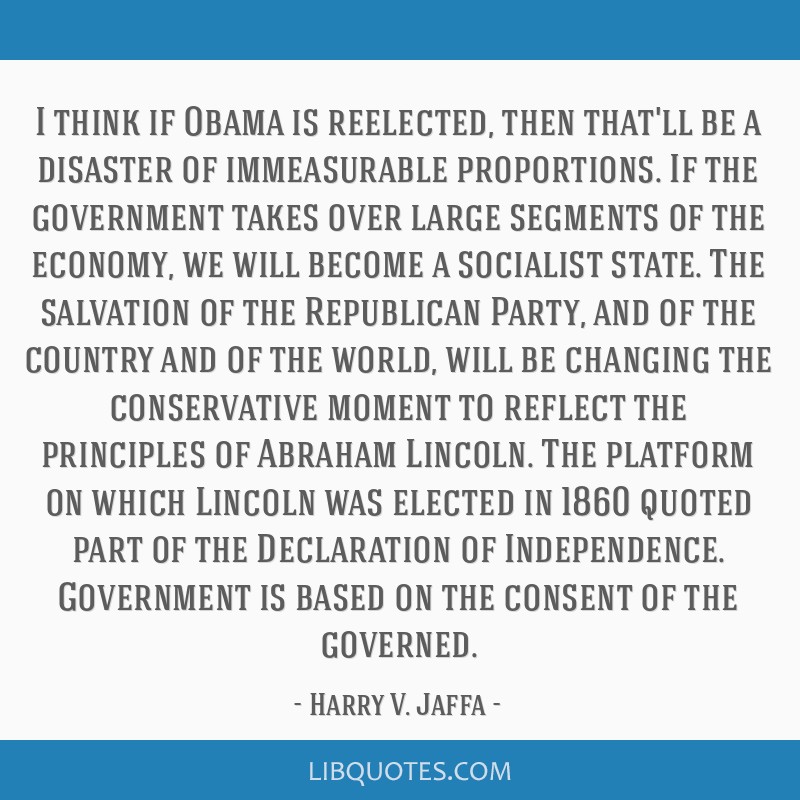 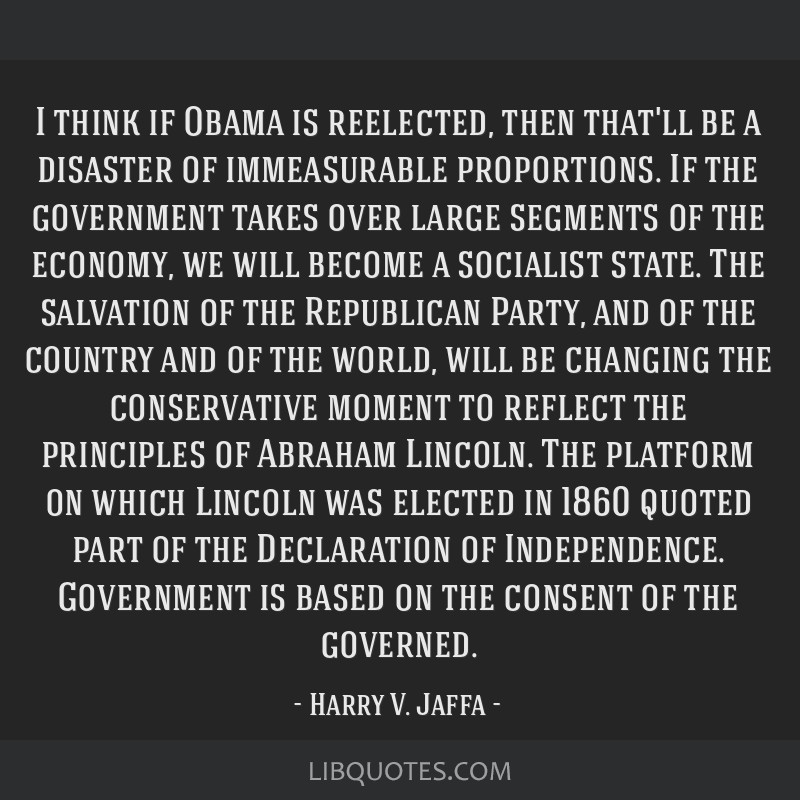