DiLorenzo thinks that slavery was not the real issue in the Civil War, that it was the Whig economic program. Banks, tariffs, internal improvements, and what he calls corporate welfare. And he thinks that the slavery question was really only a sham that was not the real question; it was not the real issue. That's very strange for anybody reading the Lincoln-Douglas debates, since the subject of tariffs was never mentioned. The only time the word is used, I think, is when Douglas says that the tariff was one of the questions that the two parties used to discuss. But the only subject discussed in the Lincoln-Douglas debates was slavery in the territories. 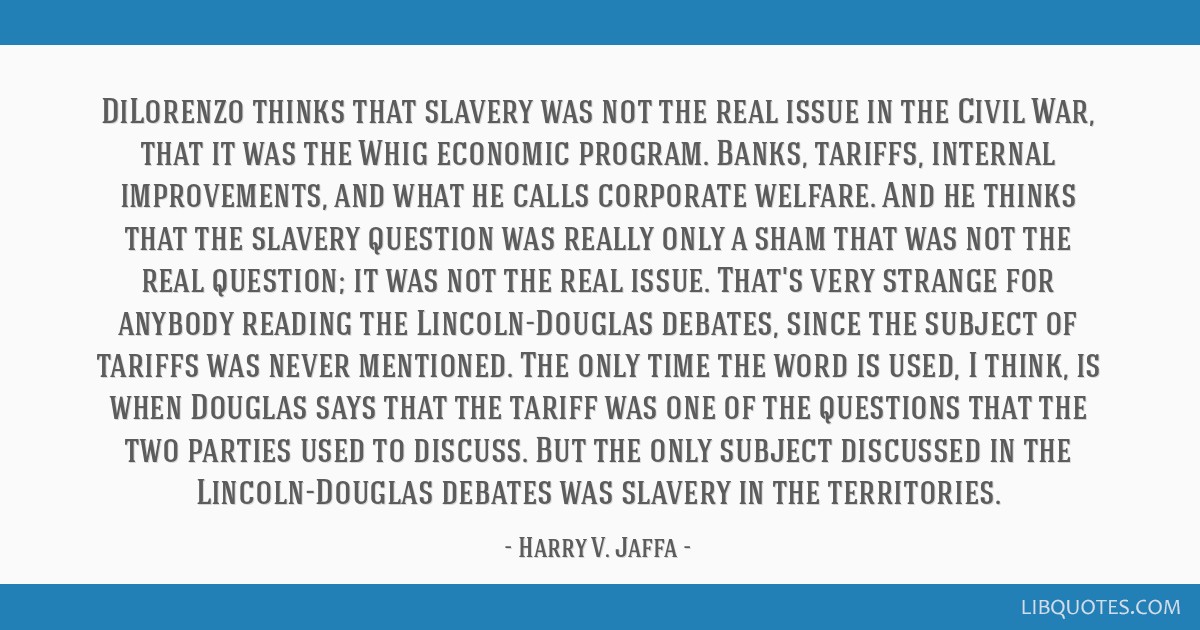 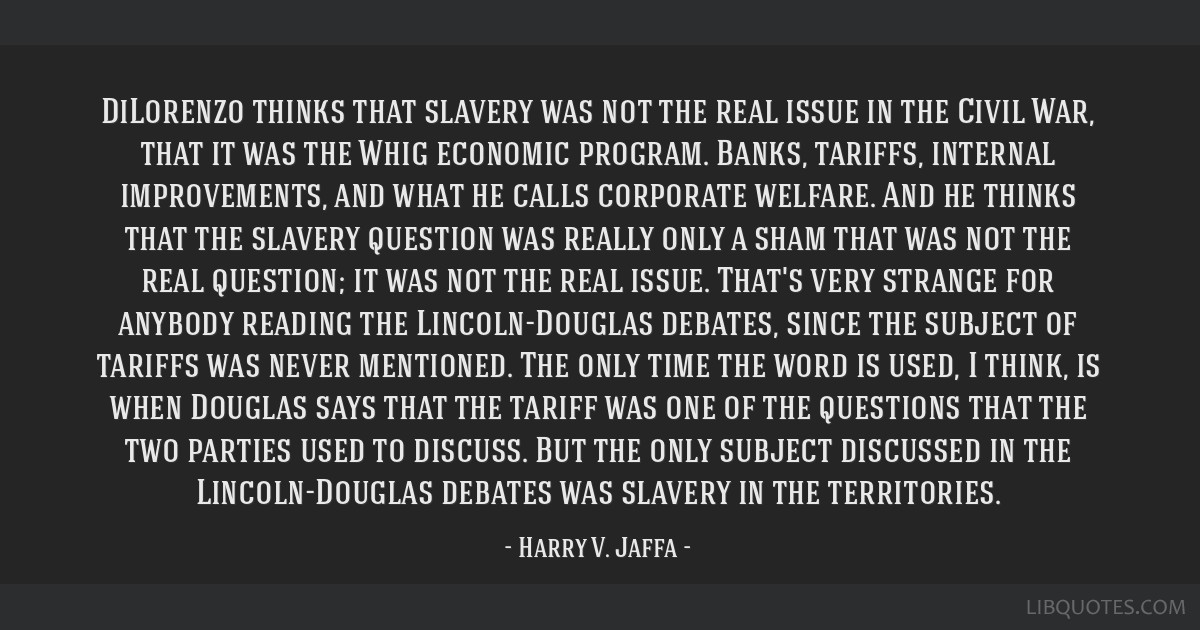 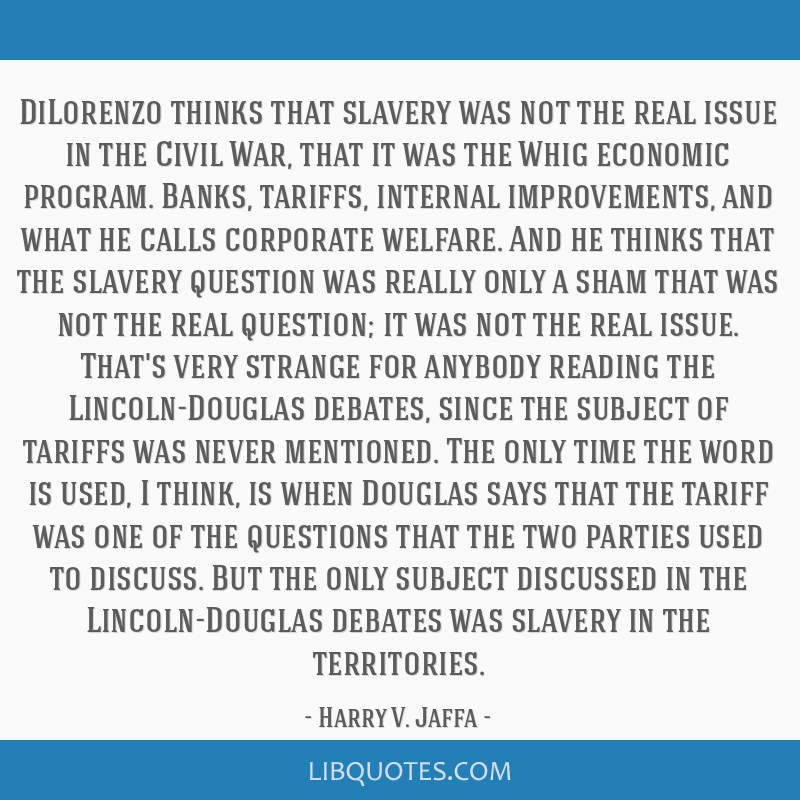 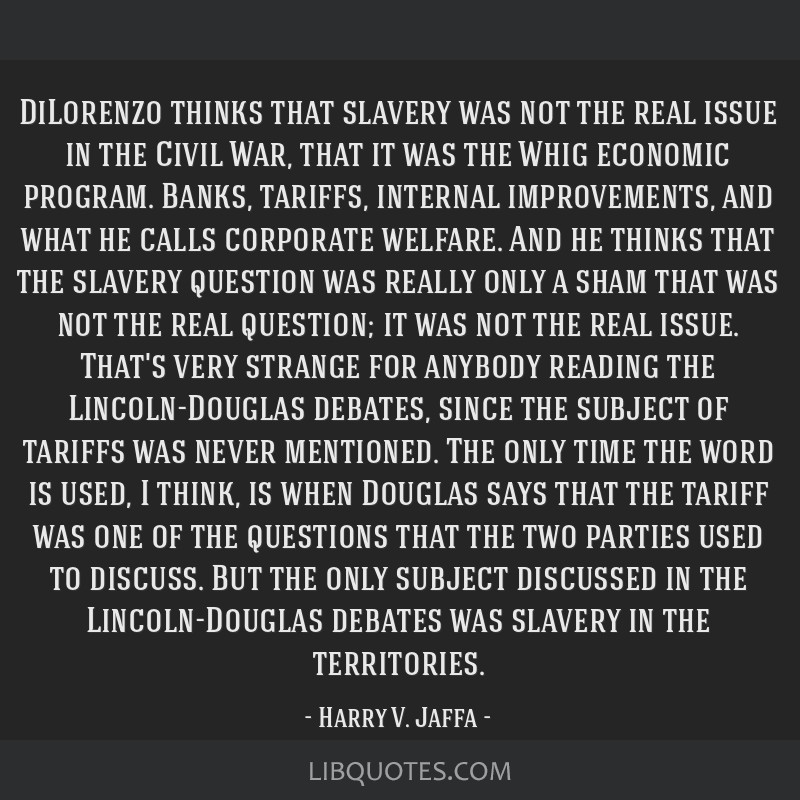