Sixteen hours ago an American plane dropped one bomb on Hiroshima.… It is an atomic bomb. It is a harnessing of the basic power of the universe. The force from which the sun draws its power has been loosed against those who brought war to the Far East. 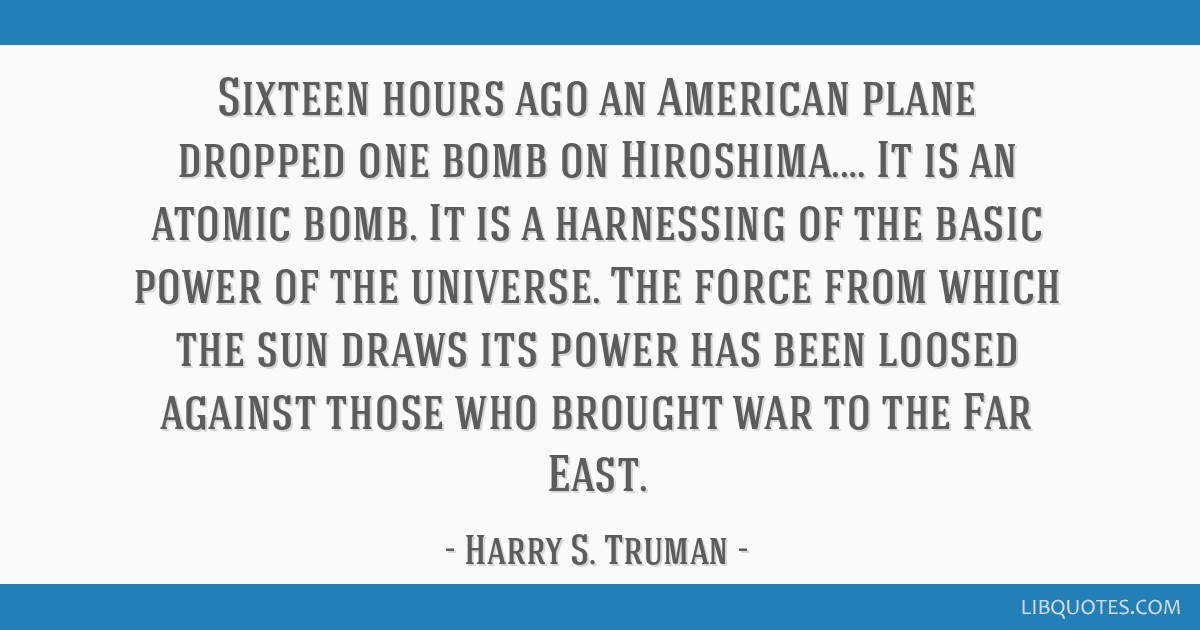 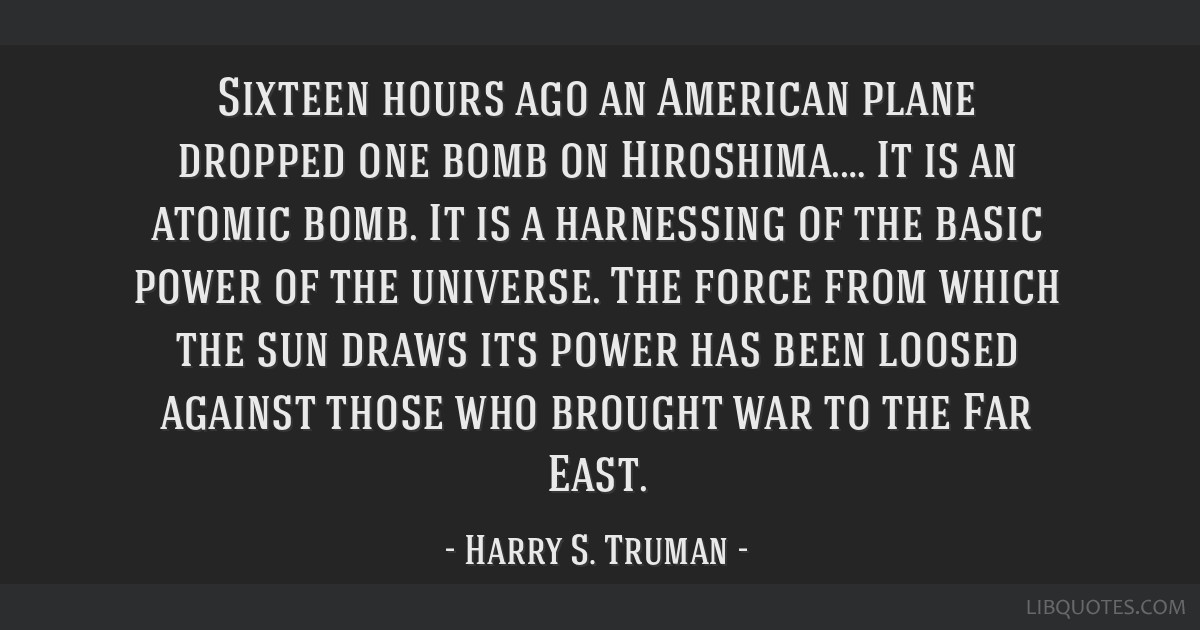 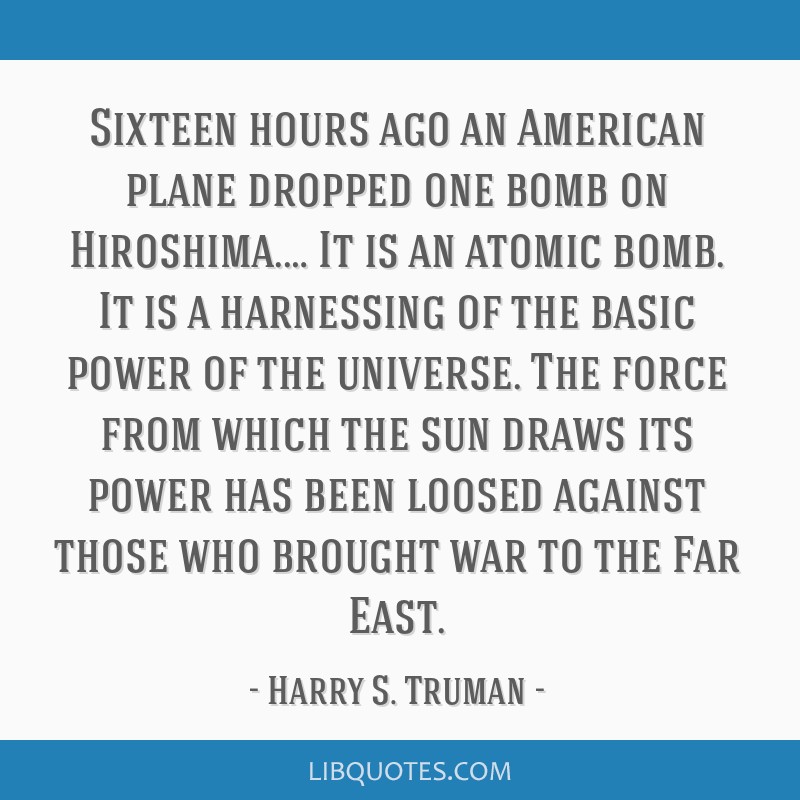 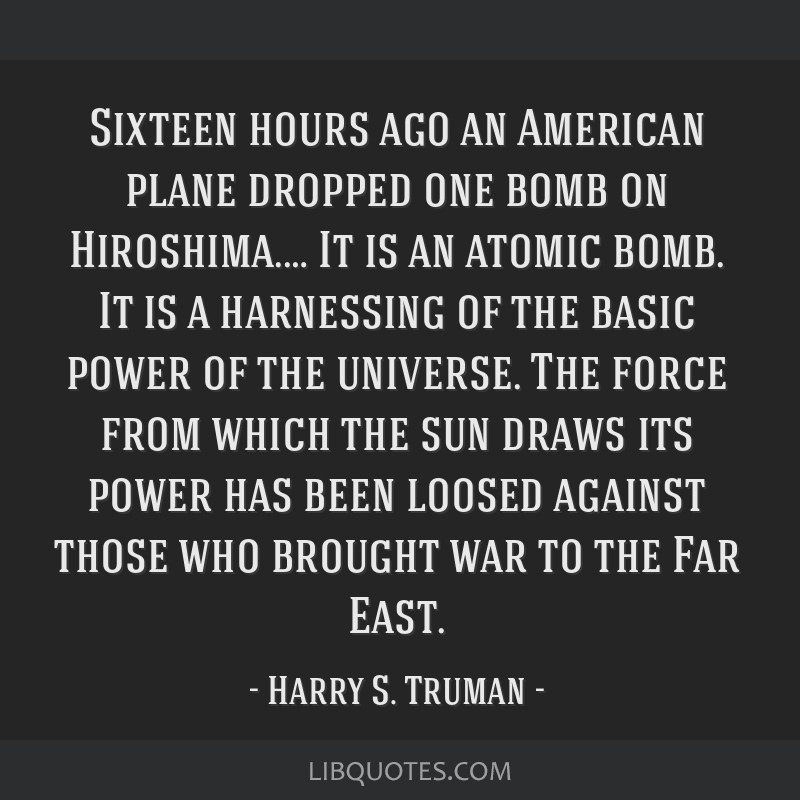 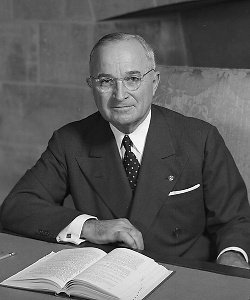