It is difficult for us to appreciate the pressures which are put on men I know to be realistic and reasonable, not only in their executive capacity but in the highly organized strike committees in the individual ports by this tightly knit group of politically motivated men who, as the last general election showed, utterly failed to secure acceptance of their views by the British electorate, but who are now determined to exercise back-stage pressures, forcing great hardship on the members of the union and their families, and endangering the security of the industry and the economic welfare of the nation. 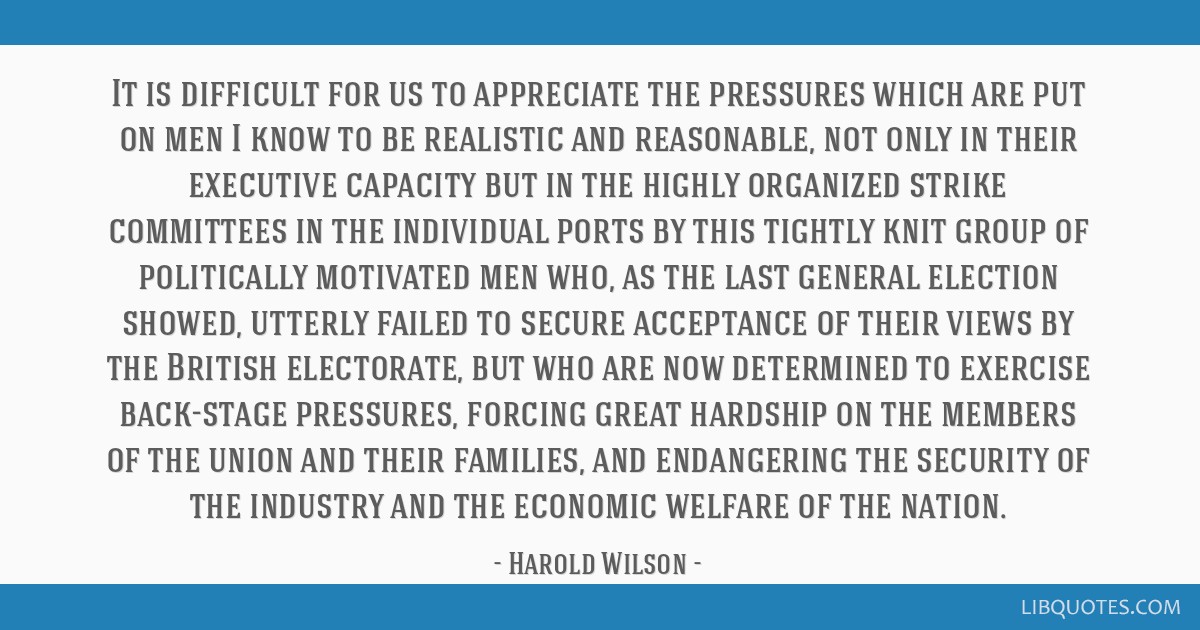 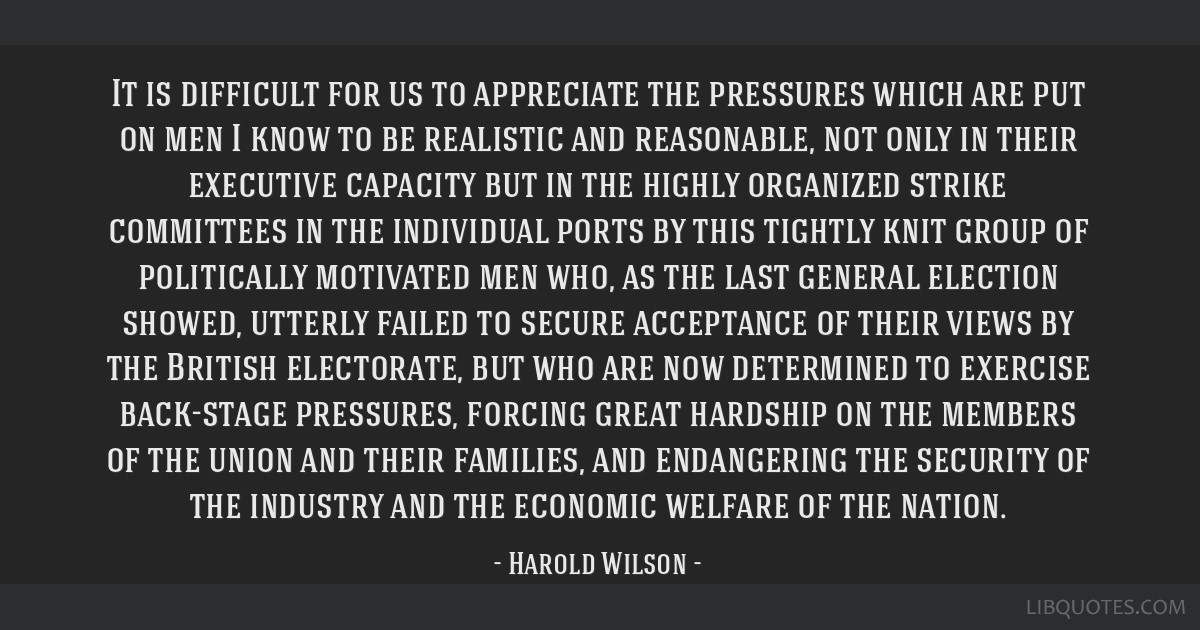 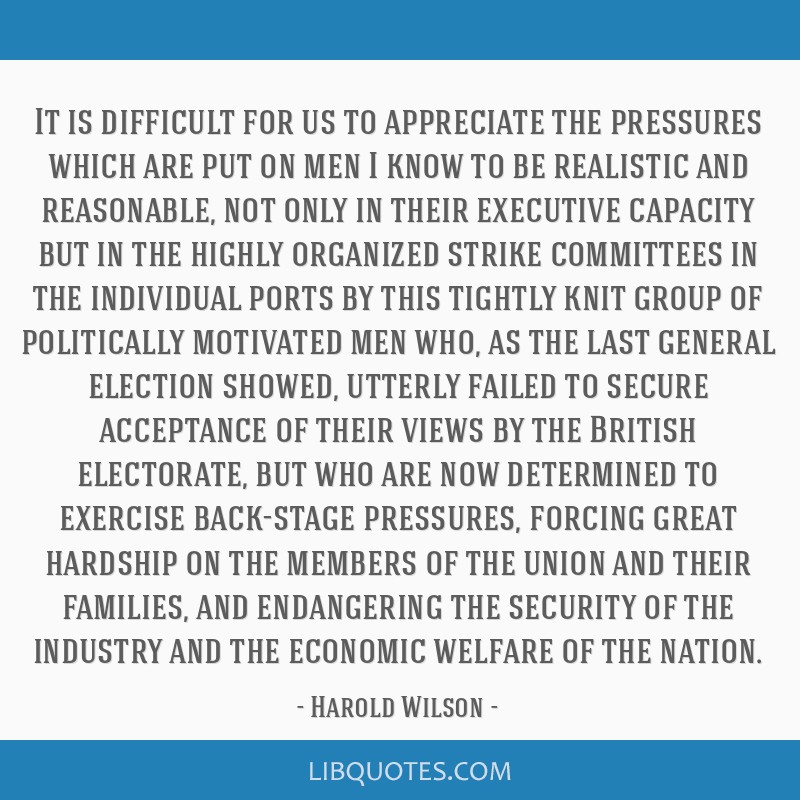 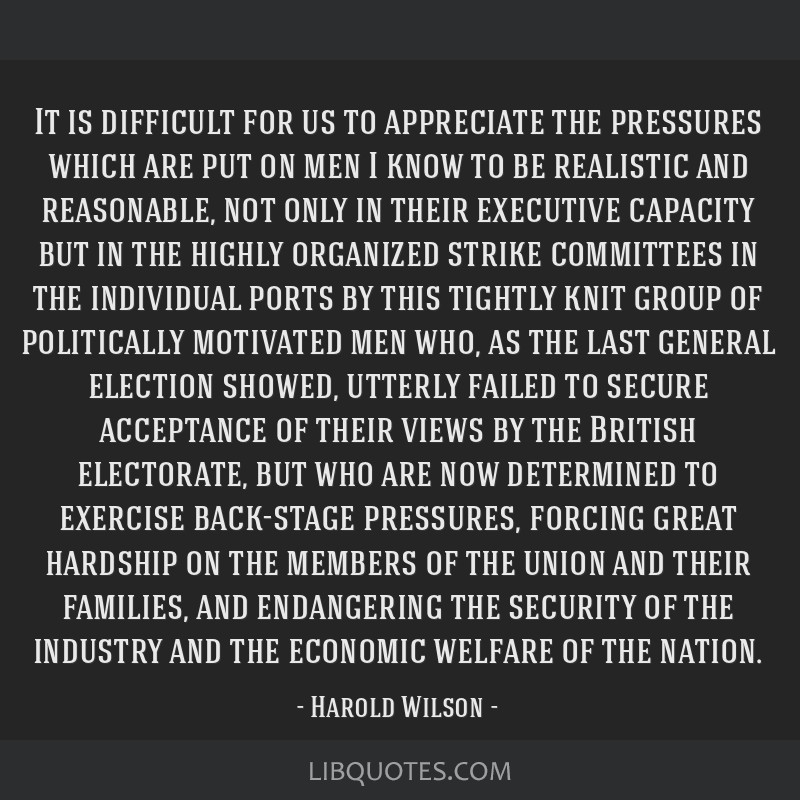 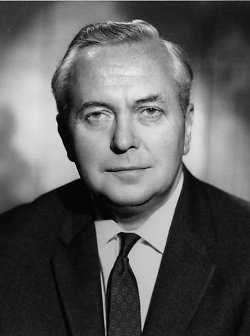