I see art-making, especially that which comes from the margins of the mainstream, as a site of resistance, a way of interrupting and intervening in those historical and cultural fields that continually exclude me, a sort of gathering of forces on the borders. For the dominant hegemonic stance that has worked to silence and subdue gender and ethnic difference has also silenced difference based on sexual preference. 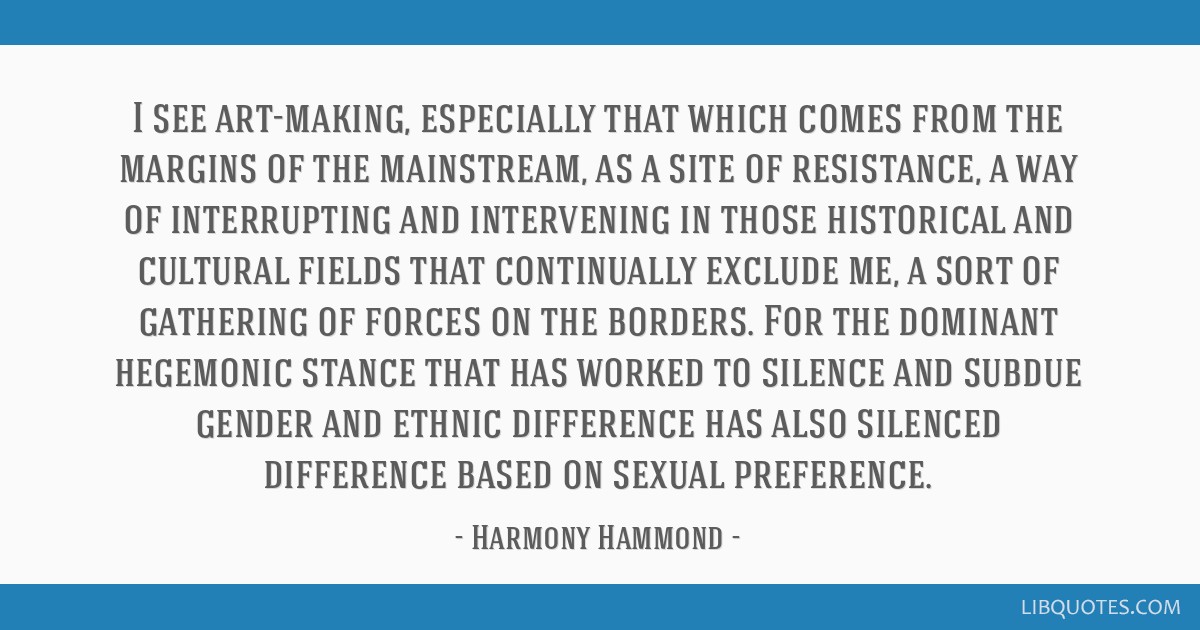 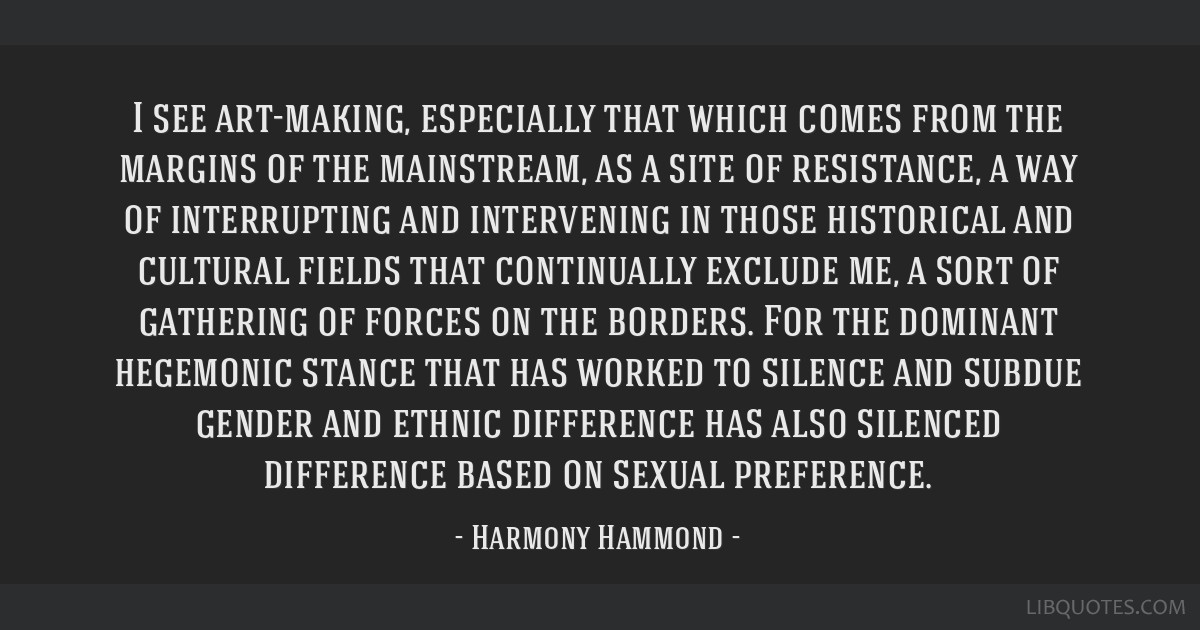 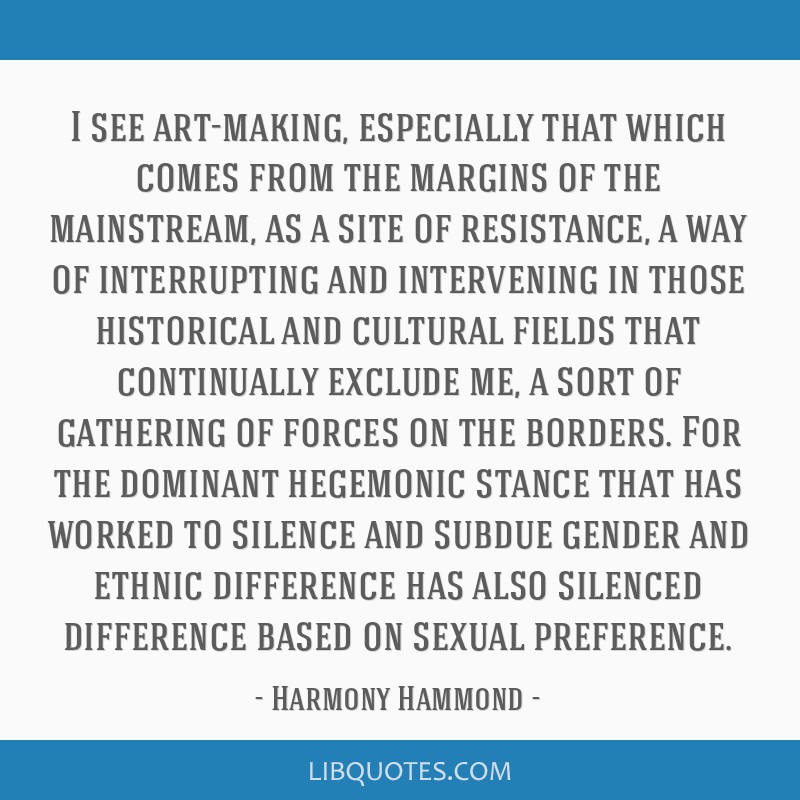 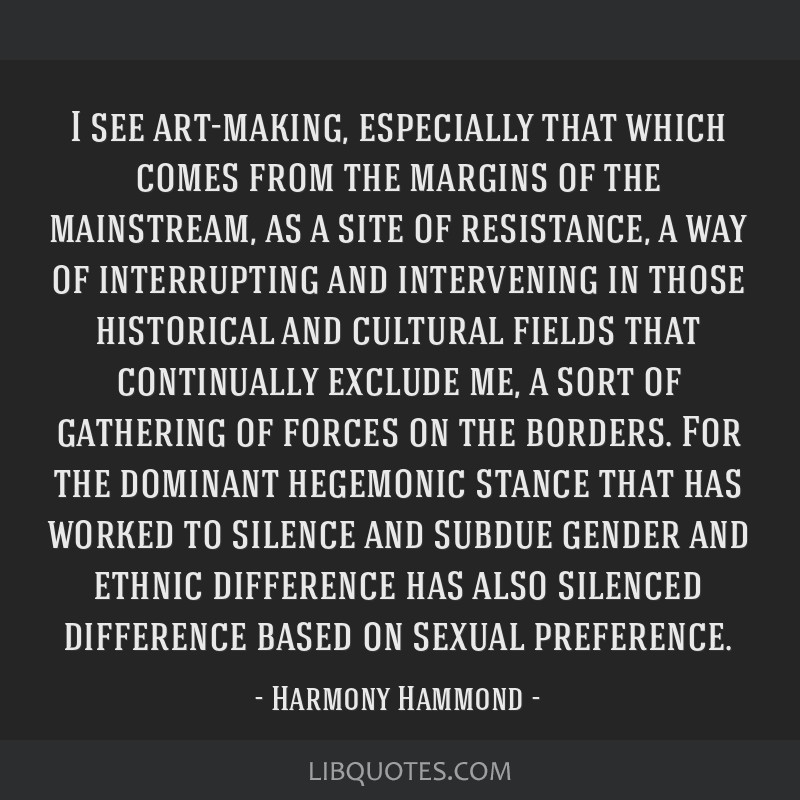