That friggin' … outfit.... They prostituted every goddamn thing I had. I had the greatest gravy in the world and those sons of bitches they dragged it out and extended it and wa­tered it down that I'm so goddamn mad. 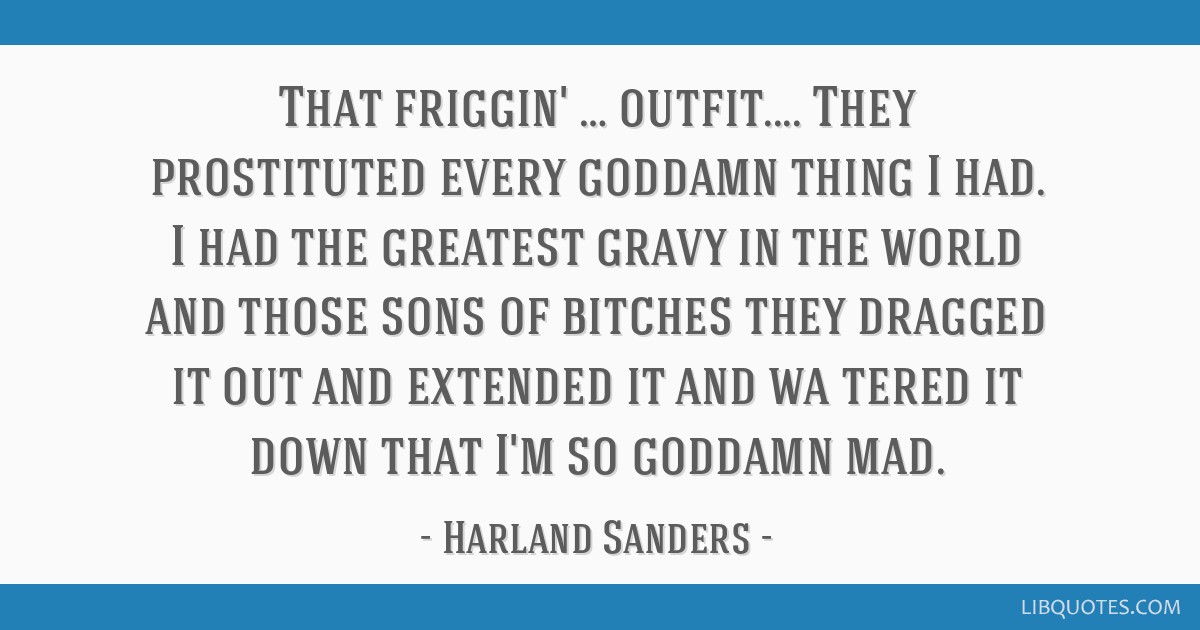 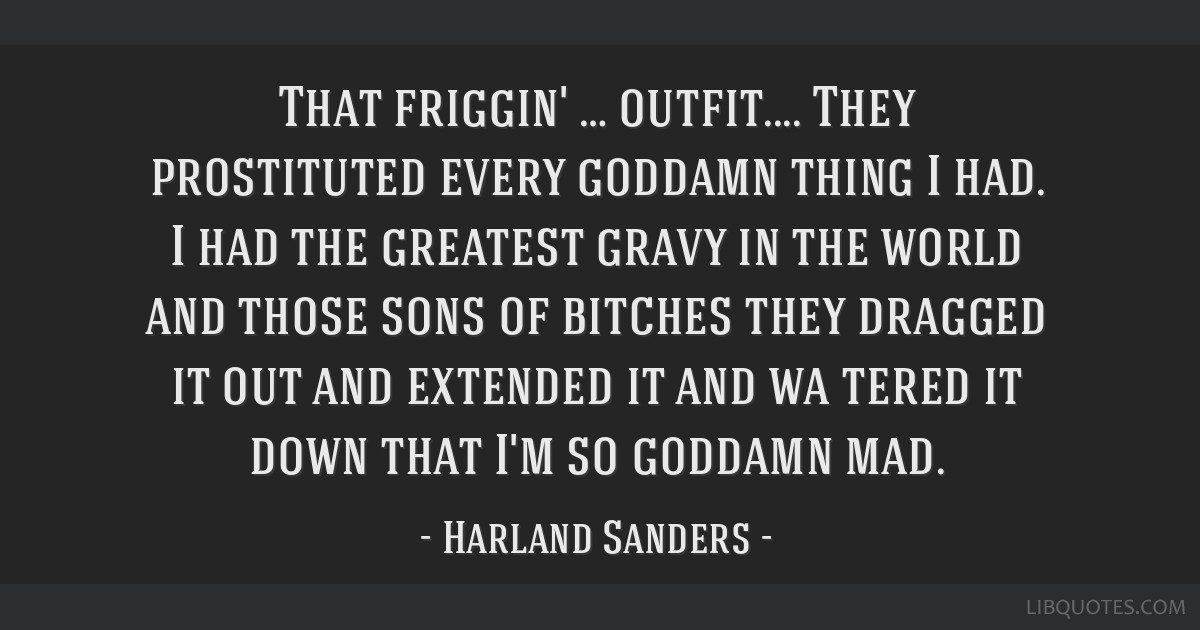 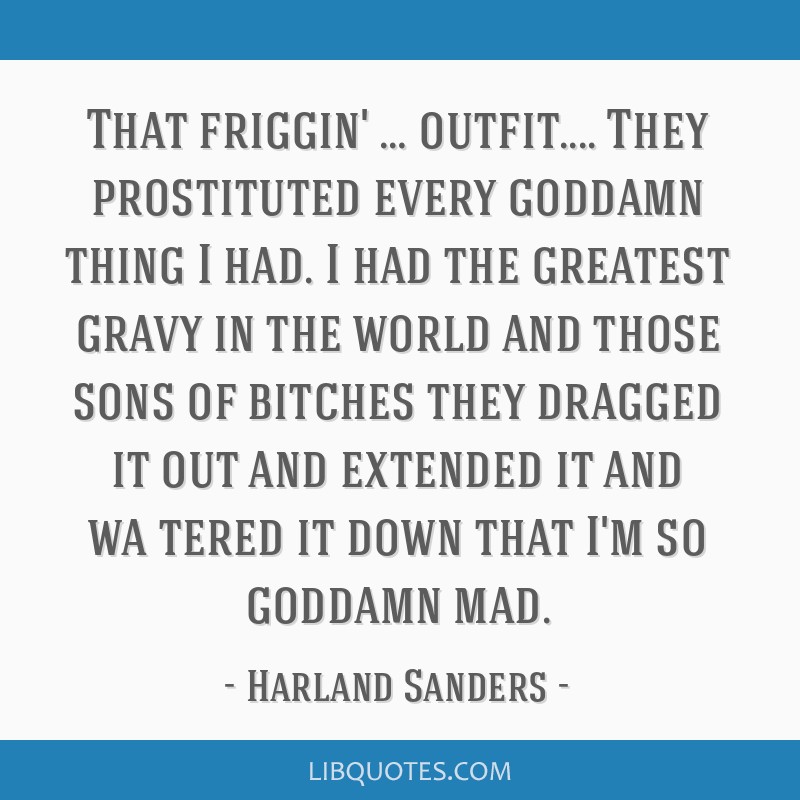 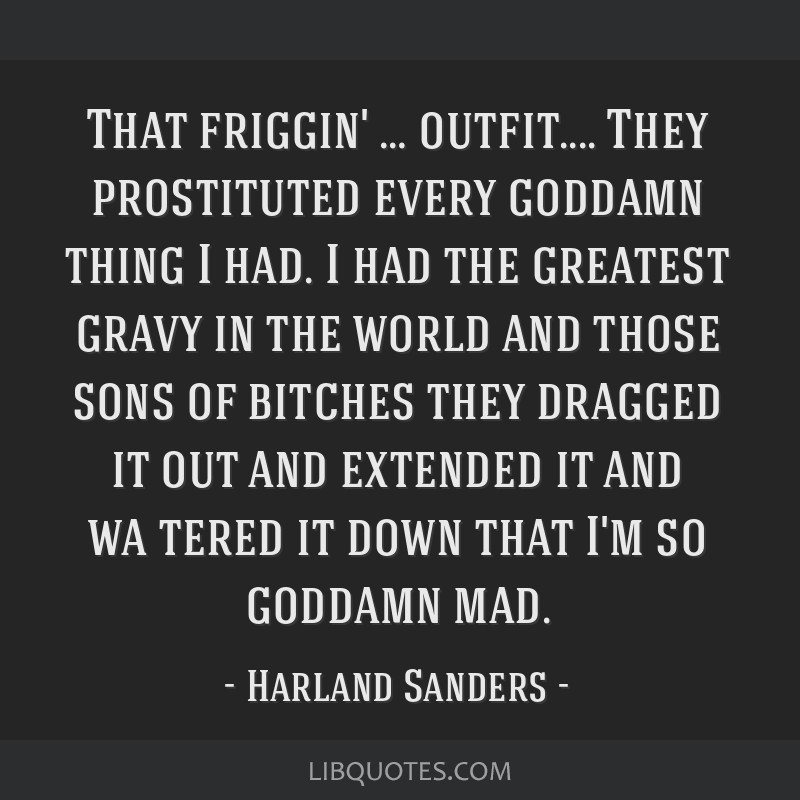 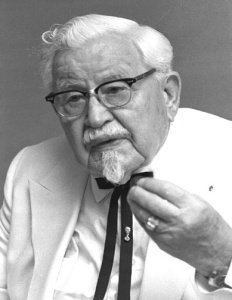