Depth, in a pictorial, plastic sense, is not created by the arrangement of objects one after another toward a vanishing point, in the sense of the Renaissance perspective, but on the contrary (and in absolute denial of this doctrine) by the creation of forces in the sense of push and pull. Nor is depth created by tonal gradation (another doctrine of the academician which, at its culmination, degraded the use of color to a mere function of expressing dark and light). 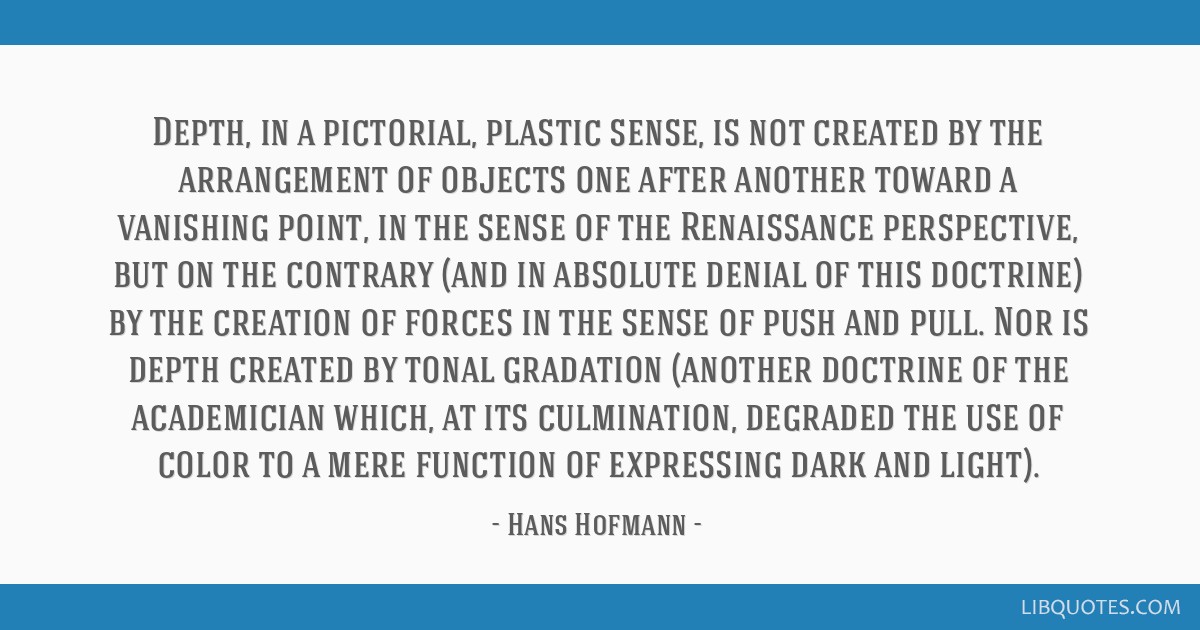 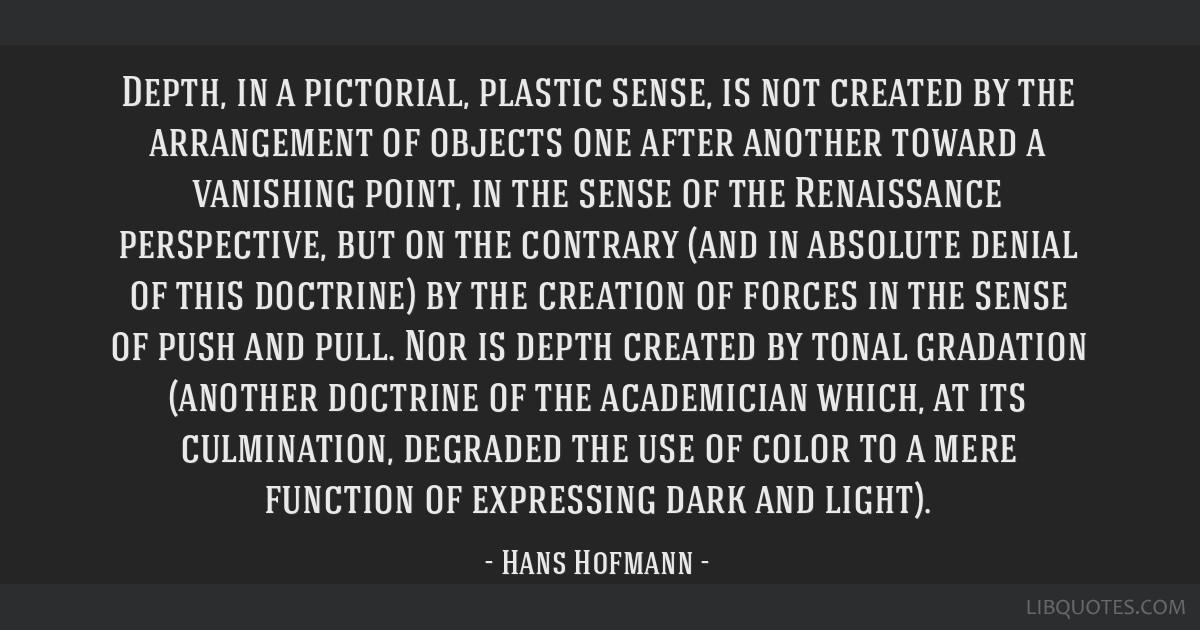 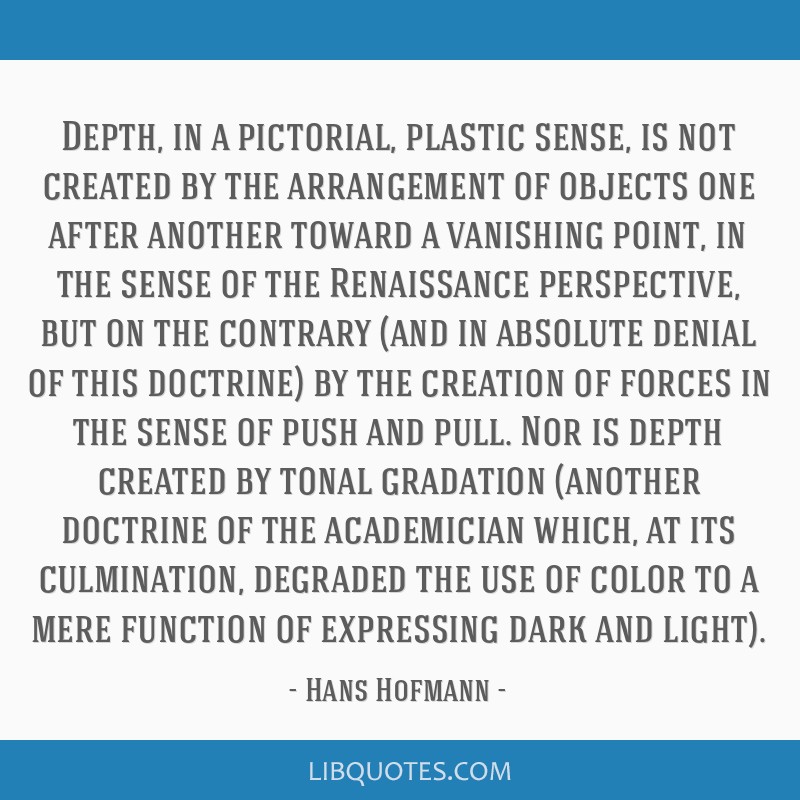 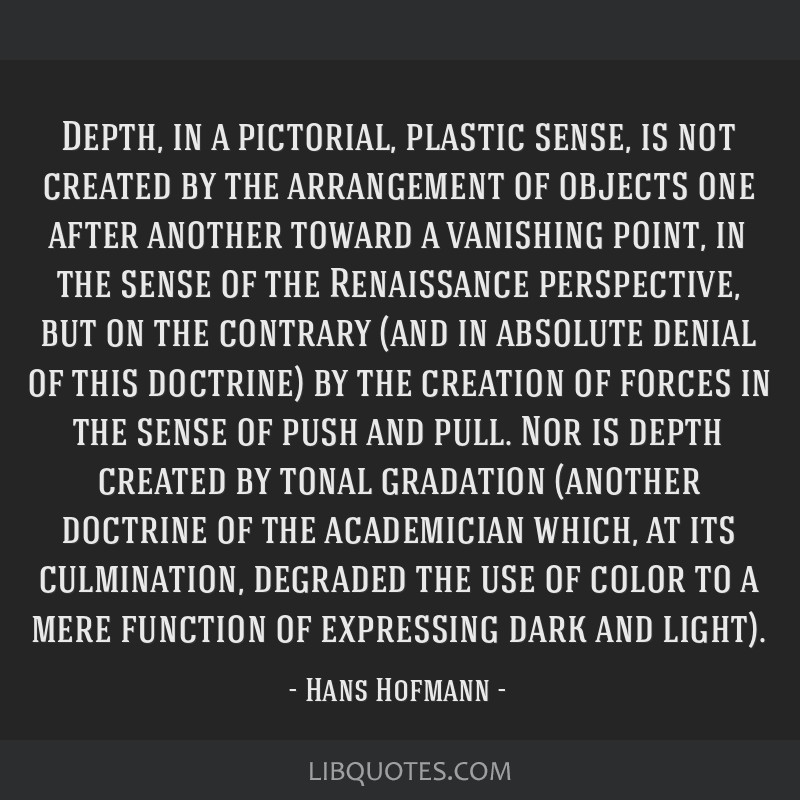