Some said the original evil was the vacuum caused by the Fairy Queen Lurline leaving us alone here. When goodness removes itself, the space it occupies corrodes and becomes evil and maybe slpits apart and multiplies. So every evil thing is a sign of the absence of deity 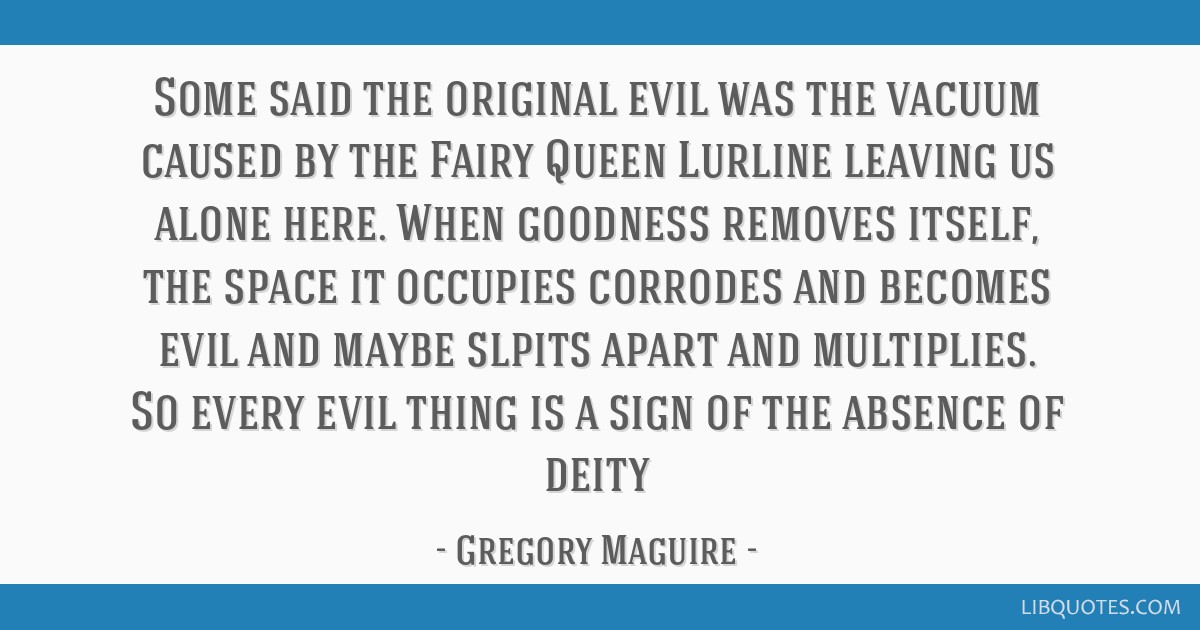 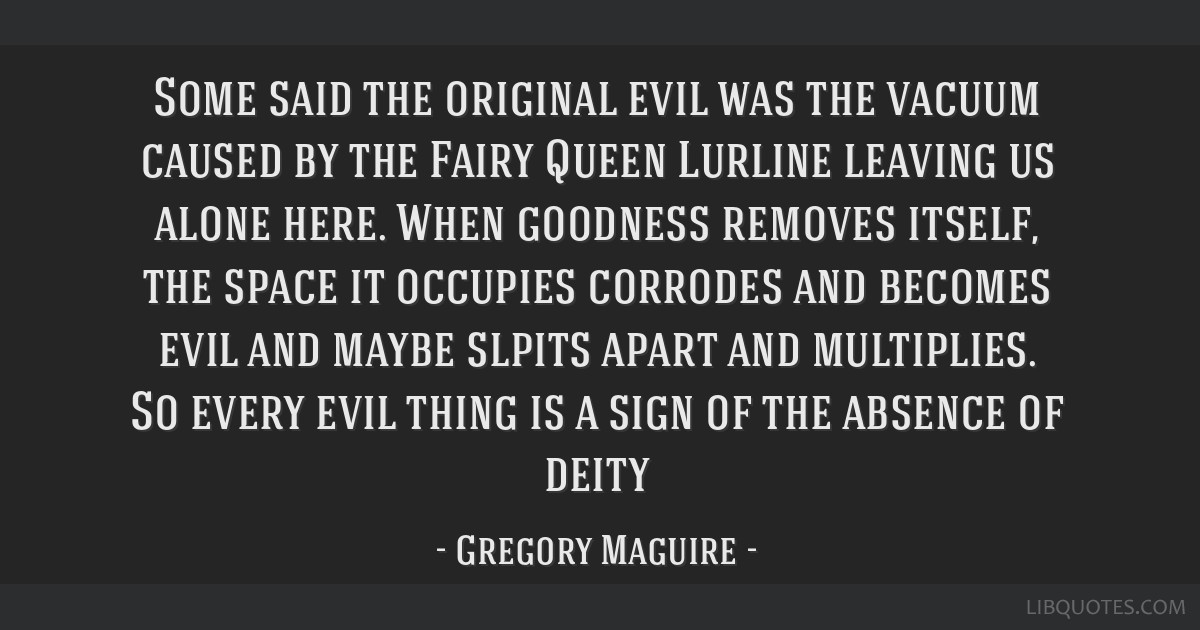 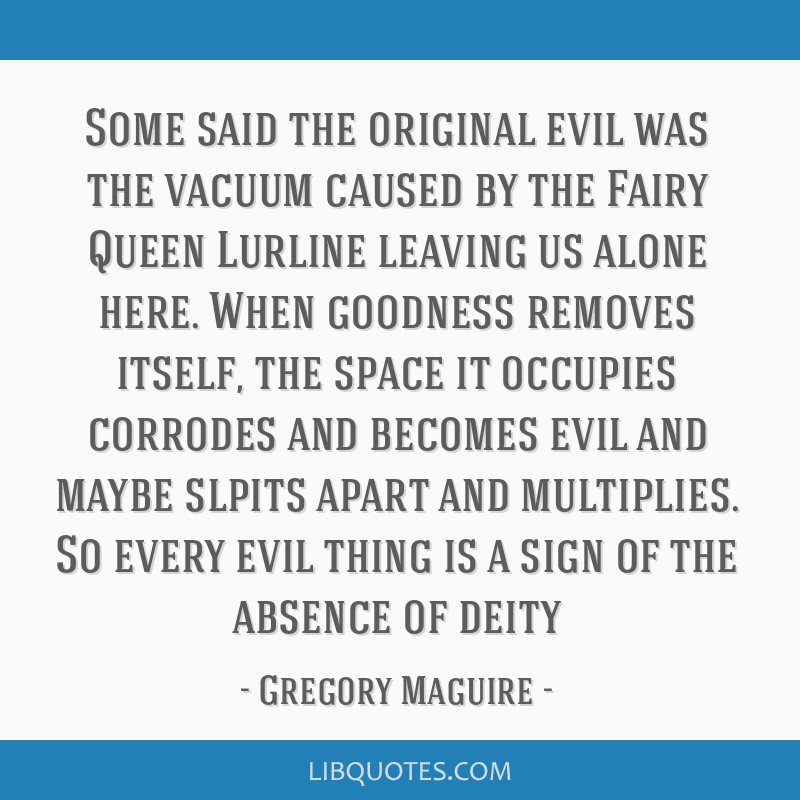 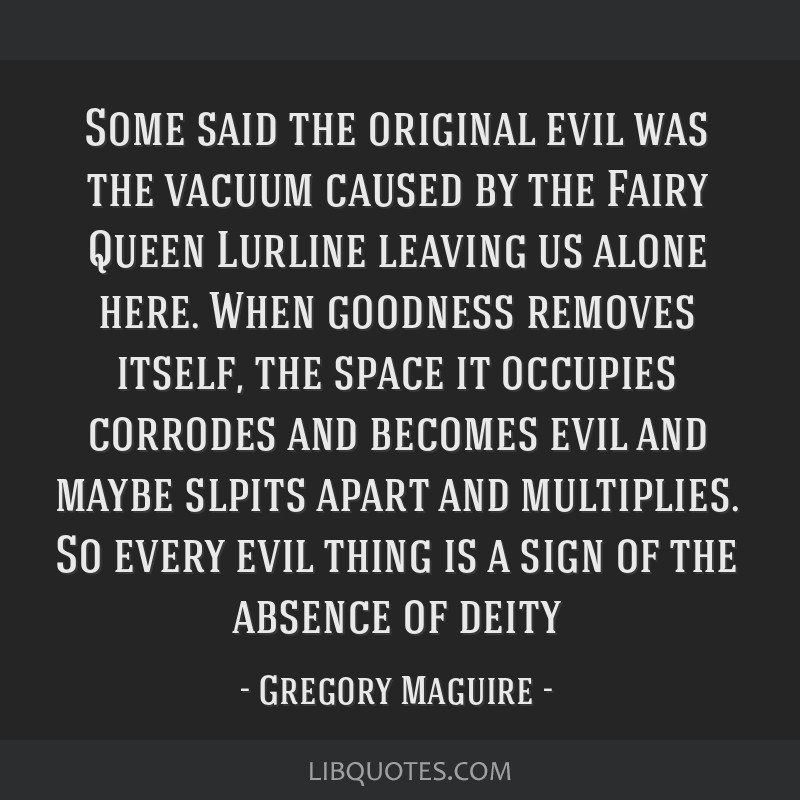