A scientist can hardly meet with anything more undesirable than to have the foundations give way just as the work is finished. I was put in this position by a letter from Mr. Bertrand Russell when the work was nearly through the press.

Note in the appendix of Grundlagen der Arithmetik (Vol. 2) after Frege had received a letter of Bertrand Russell in which Russell had explained his discovered of, what is now known as, Russell's paradox. - Grundgesetze der Arithmetik, 1893 and 1903 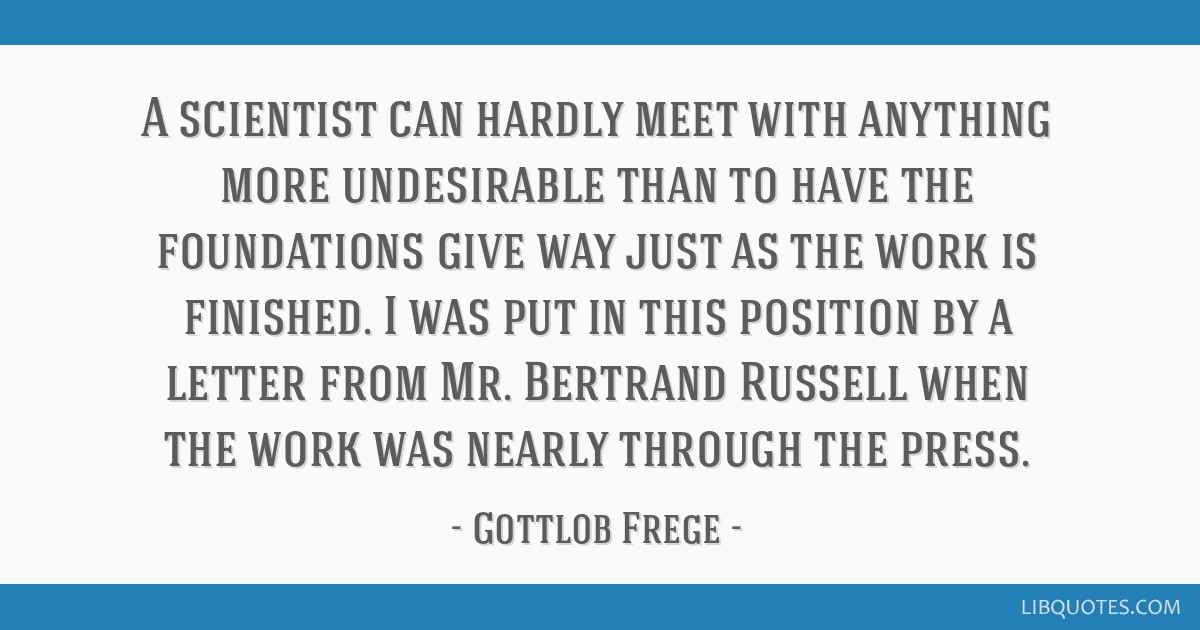 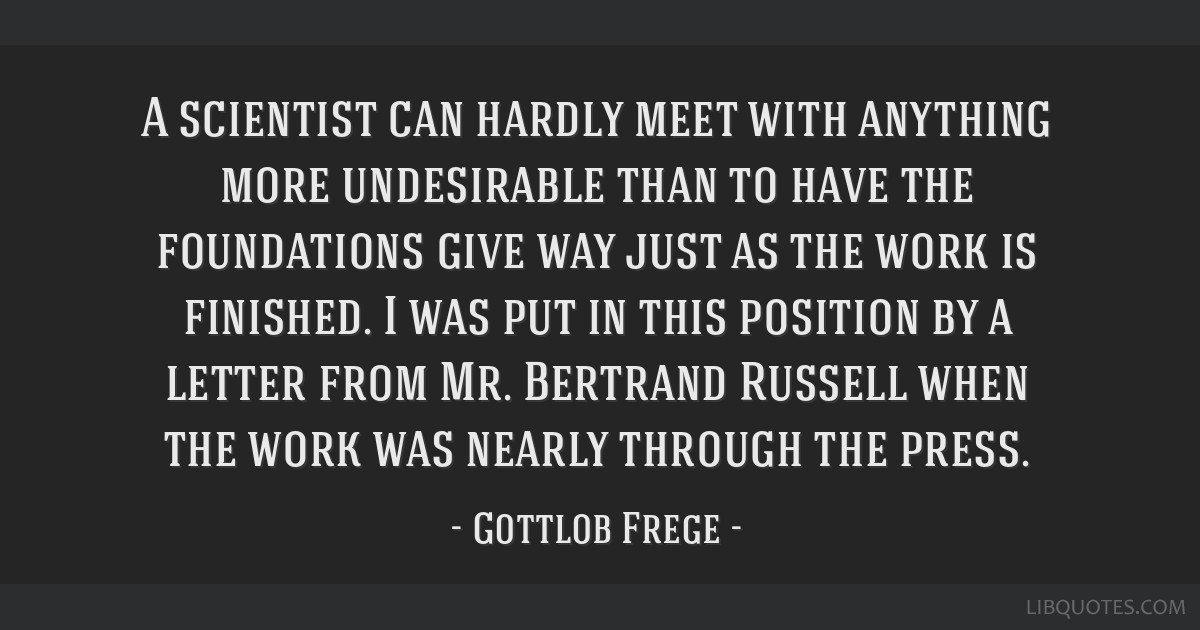 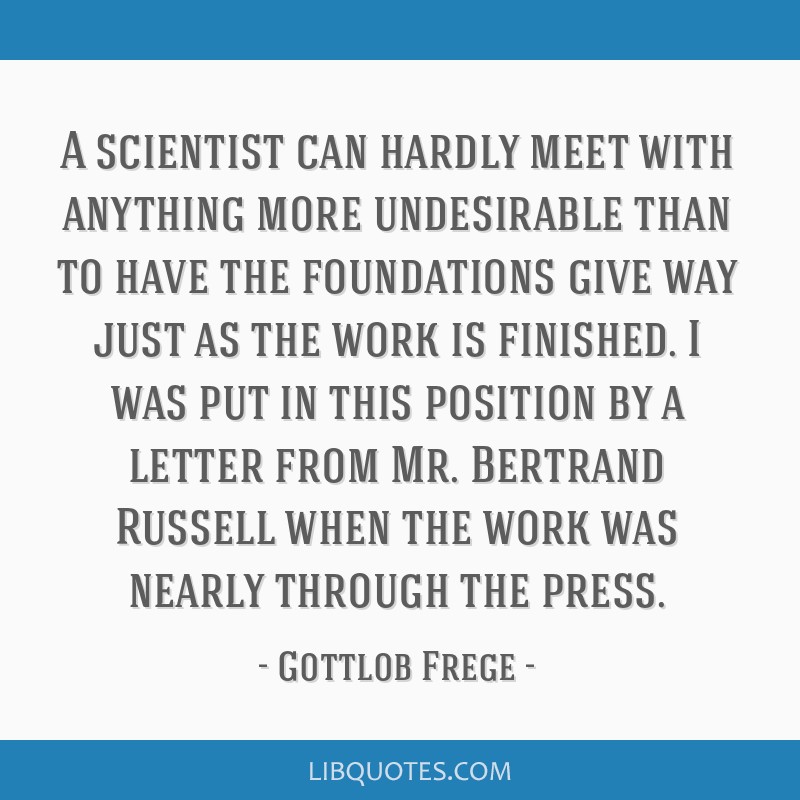 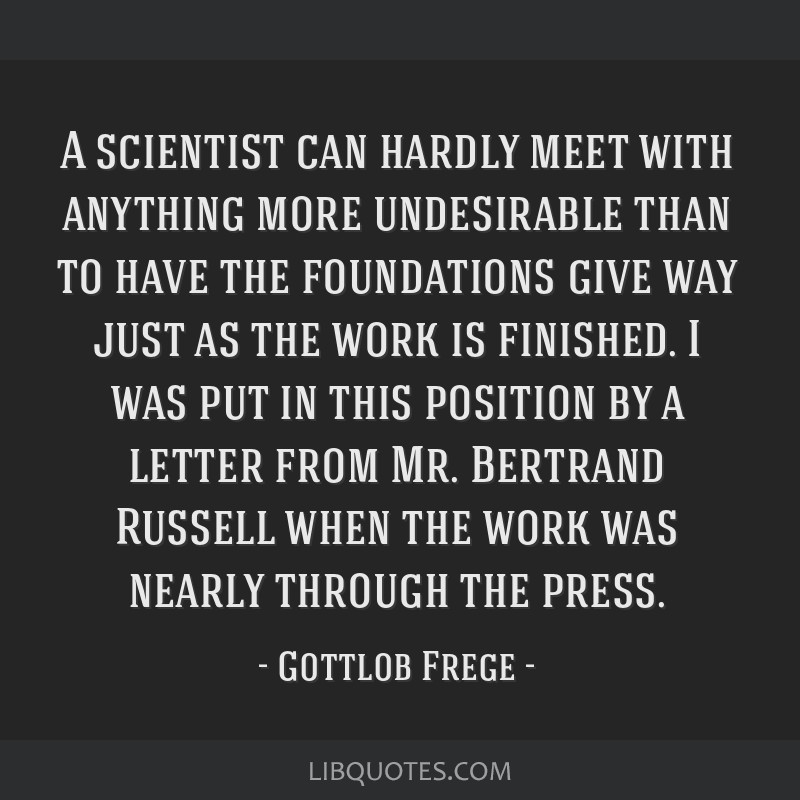 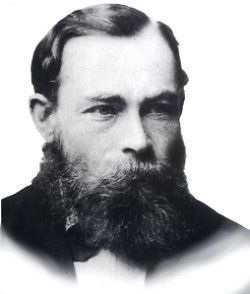