The Arab Spring did a great deal for women because the person who spread the word in the first place was a woman. Women participated in it; they were fully out there in the street. Nawal El Saadawi is a founding figure of Egyptian and Middle Eastern feminism who wrote a book opposing female genital mutilation (of which she is a victim). She's been banned. She's been in prison. She's now in her eighties and during the Arab Spring she was like the wise woman of Liberation Square, sitting in the middle of it as young women and young men came to her for instruction, for blessings, and so on.
But it's very often the case with revolutionary moments that women are present but then they're drummed out of it afterwards. 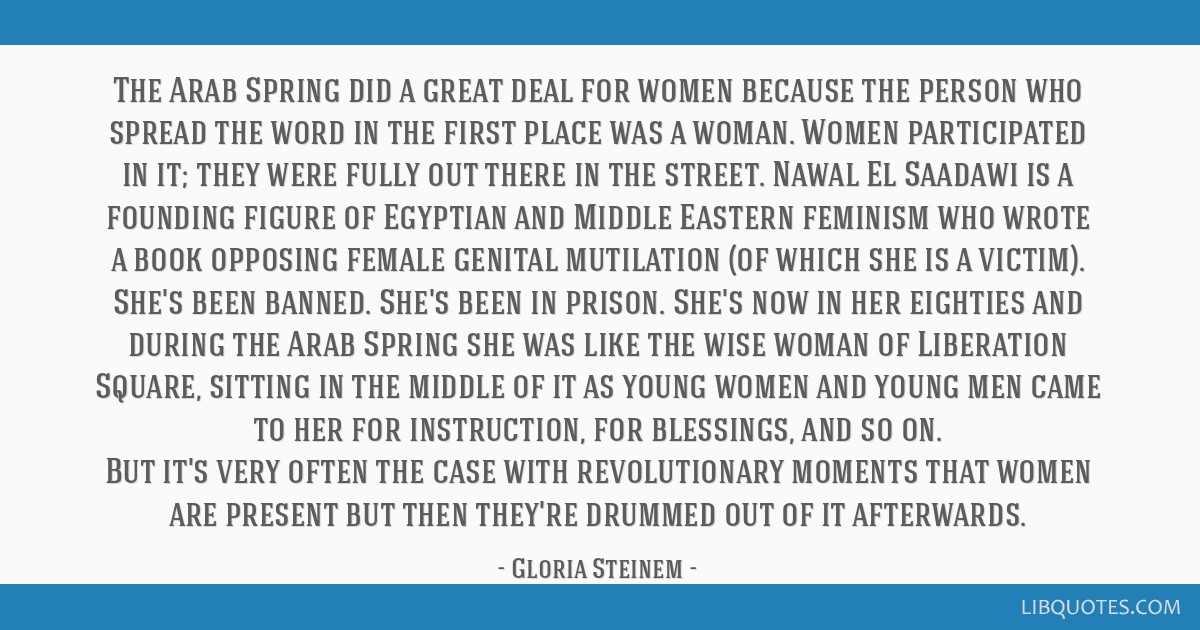 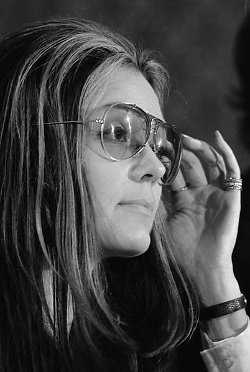