Optimism is infectious, and opportunity irresistible. Progress follows progress. Someone, even government, just has to get it started.

Gloria Macapagal-Arroyo
The Philippines has no policy that demands sacrifice of human lives.

Gloria Macapagal-Arroyo
The people want government that works for them at every level. They want good government that begins at their doorstep in the barangay, and does not end before the closed door of a bureaucrat in Metro Manila. 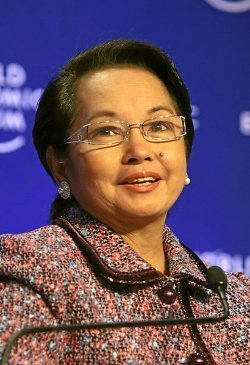