Great suffering descended on Greece.
So many bodies thrown
into the jaws of the sea, the jaws of the earth... all for a linen undulation, a bit of cloud, a butterfly's flicker, a swan's down, an empty tunic —all for a Helen.

Giorgos Seferis
They were lovely, your eyes, but you didn't know where to look.

Giorgos Seferis
When, on the road to Thebes, Oedipus met the Sphinx, who asked him her riddle, his answer was: Man. This simple word destroyed the monster. We have many monsters to destroy. Let us think of Oedipus' answer.

Giorgos Seferis
Three years
we waited intently for the herald closely watching
the pines the shore and the stars.


Giorgos Seferis
Here where one meets the path of rain, wind, and ruin does there exist the movement of the face, shape of the tenderness of those who've shrunk so strangely in our lives, those who remained the shadow of waves and thoughts with the sea's boundlessness or perhaps no, nothing is left but the weight the nostalgia for the weight of a living existence... the poet a void.

Giorgos Seferis
They're a burden for us
the friends who no longer know how to die.

Giorgos Seferis
We were searching to rediscover the first seed so that the ancient drama could begin again.

Giorgos Seferis
He grew old between the fires of Troy and the quarries of Sicily.

Giorgos Seferis
Each of us earns his death, his own death, which belongs to no one else and this game is life.

Giorgos Seferis
Sometimes it crosses my mind that the things I write here are nothing other than images that prisoners or sailors tattoo on their skin. 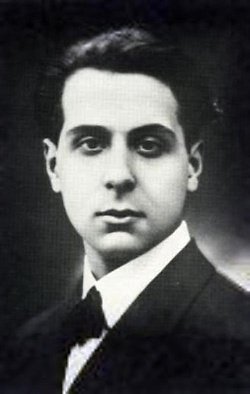 Creative Commons
Born: March 13, 1900
Died: September 20, 1971 (aged 71)
Bio: Giorgos or George Seferis, the pen name of Georgios Seferiades, was a Greek poet-diplomat. He was one of the most important Greek poets of the 20th century, and a Nobel laureate.
Known for: