Futurism and Cubism are comparable in importance tot the invention of perspective, for which they substituted a new concept op space. All subsequent movements were latent in them or brought about by them.... the two movements cannot be regarded as in opposition to each other, even though they started from opposite points; I maintain (an idea approved by Apollinaire and later by Matisse) that they are two extremes of the same sign, tending to coincide at certain points which only the poetic instinct of the painter can discover: poetry being the content and raison d'être of art. 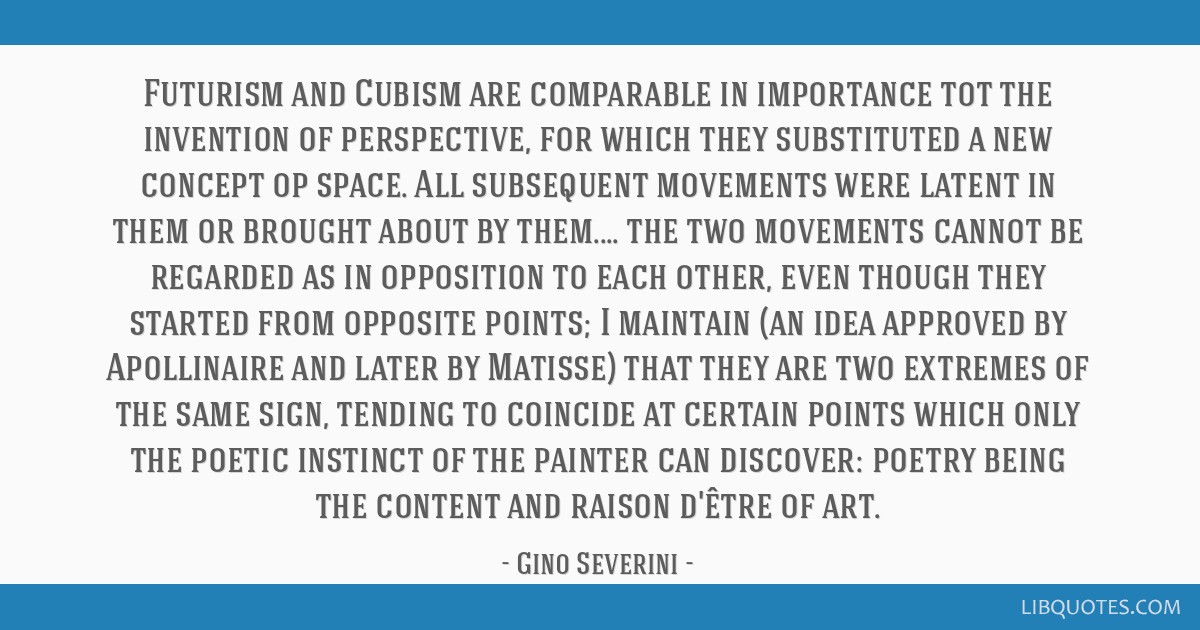 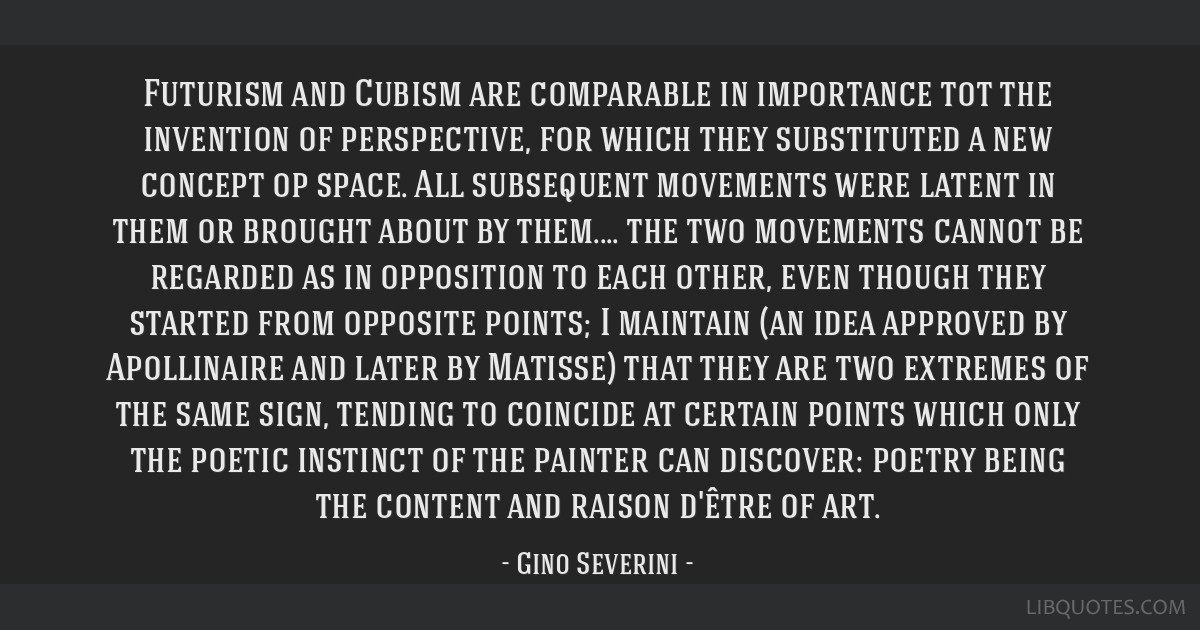 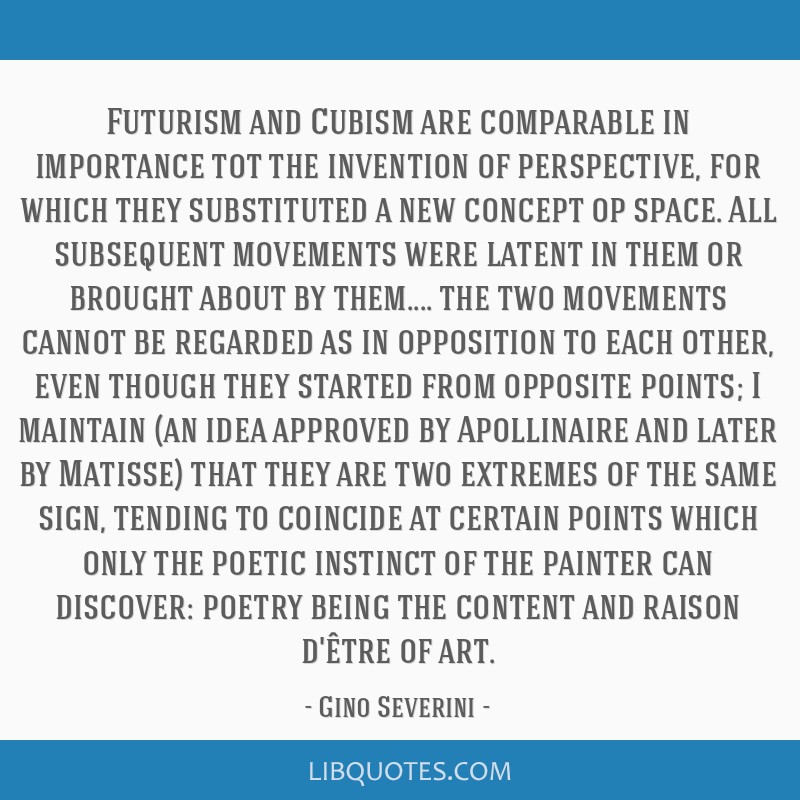 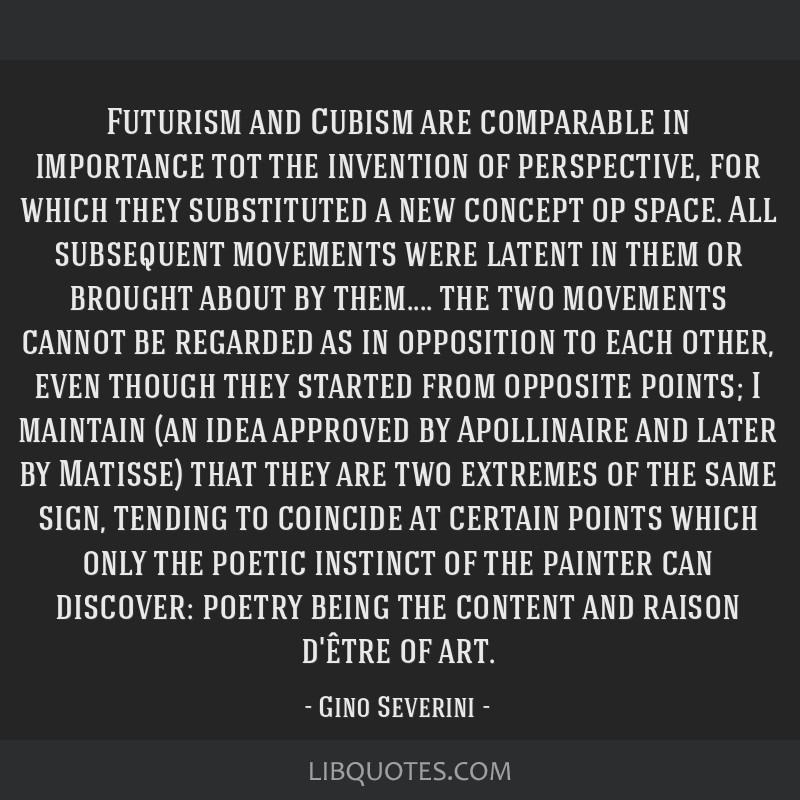 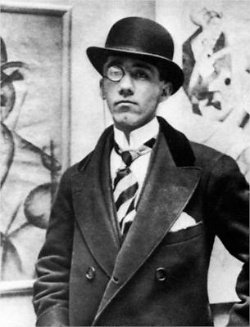