The United States of America will become the United States of Banana. And Puerto Rico will be the first half-and-half banana republic state incorporated that will secede from the union. Then will come Liberty Island, then Mississippi Burning, Texas BBQ, Kentucky Fried Chicken—all of them—New York Yankees, Jersey Devils—you name it—will want to break apart—and demand a separation—a divorce. Things will not go well for the banana republic when the shackles and chains of democracy break loose and unleash the dogs of war. Separation—divorce—disintegration of subject matters that don't matter anymore—only verbs—actions. Americans will walk like chickens with their heads cut off. 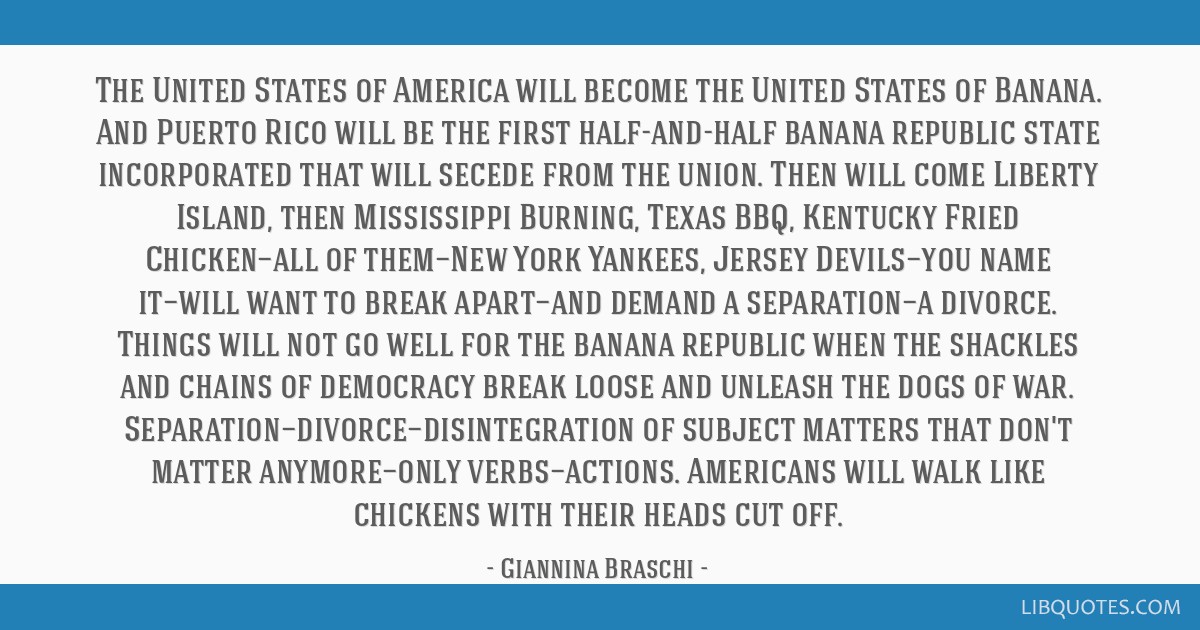 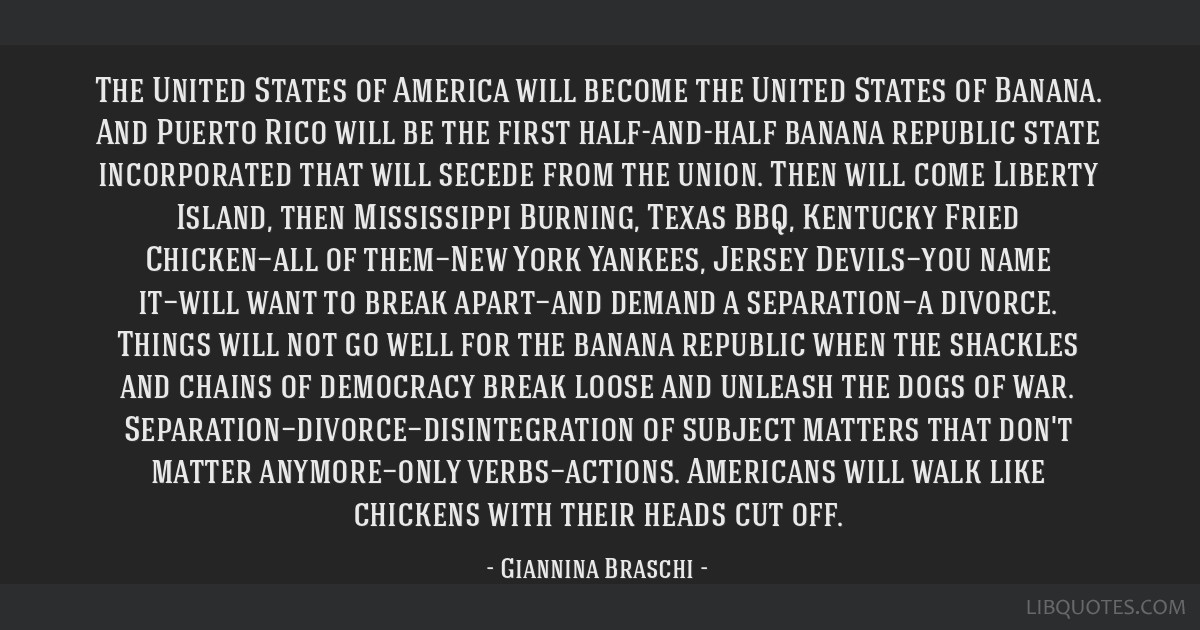 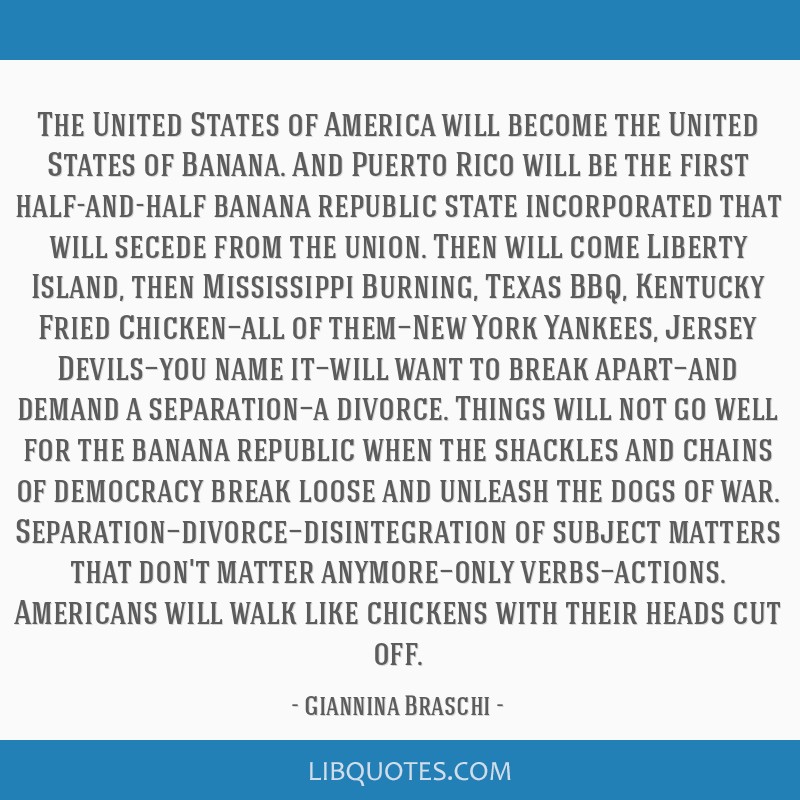 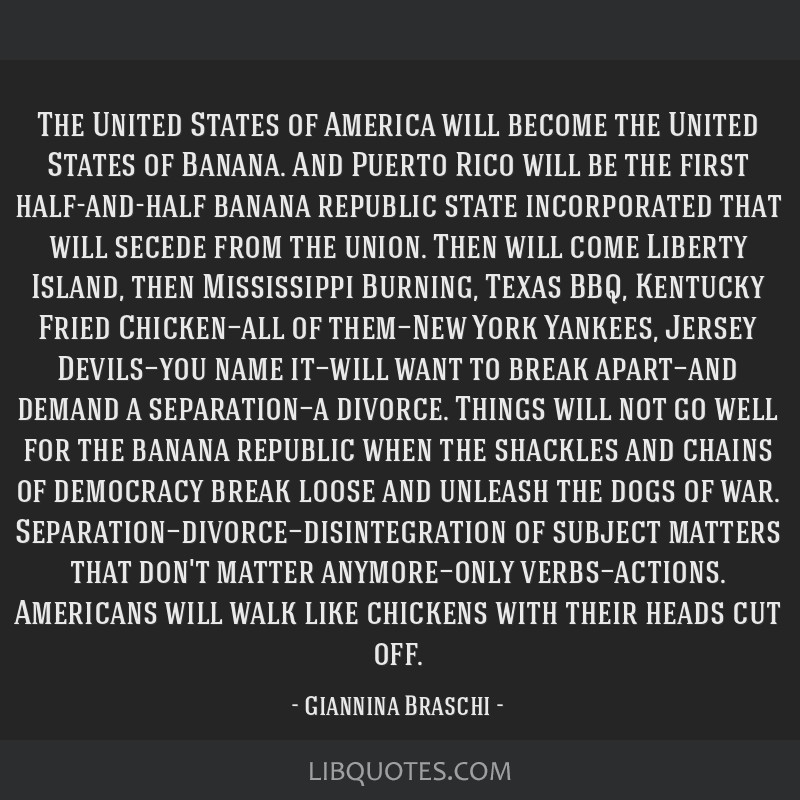