Over this period many issues have been clarified. Today we know very much more about these twenty-seven short writings from a little religious sub-culture in the Roman empire than ever before. Nevertheless, they risk being forgotten - partly because the link with the Christian history which they have influenced has been broken, partly because many of our educated contemporaries come from other religious and cultural traditions, and partly because the results of historical-critical research are so complex that many people are deterred from trying to grasp them. 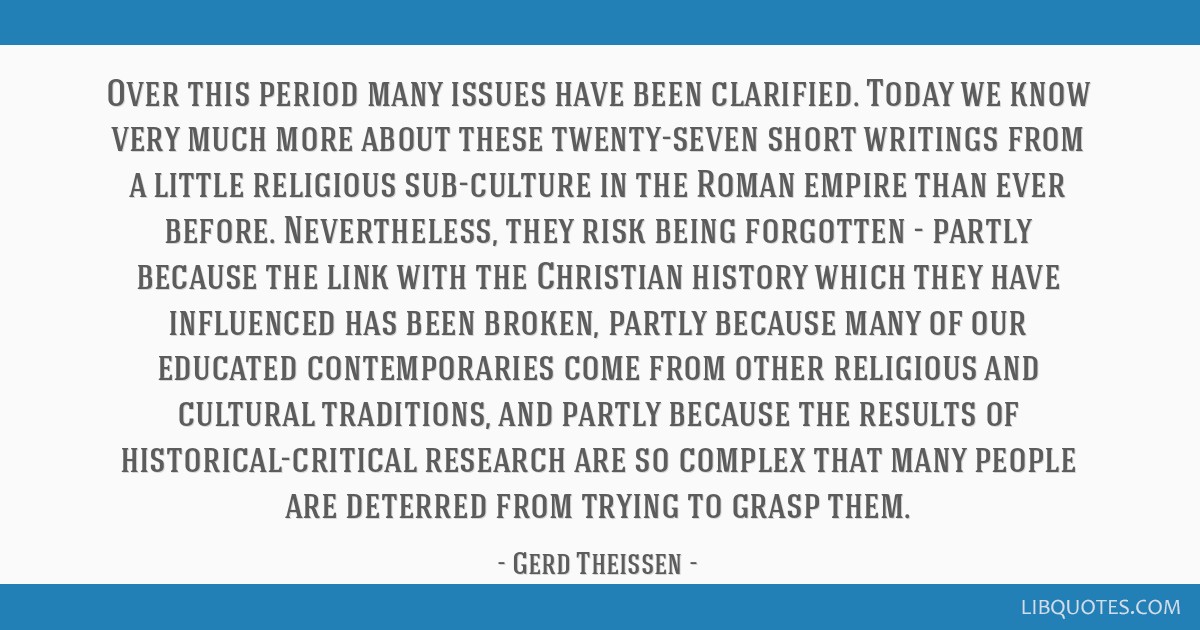 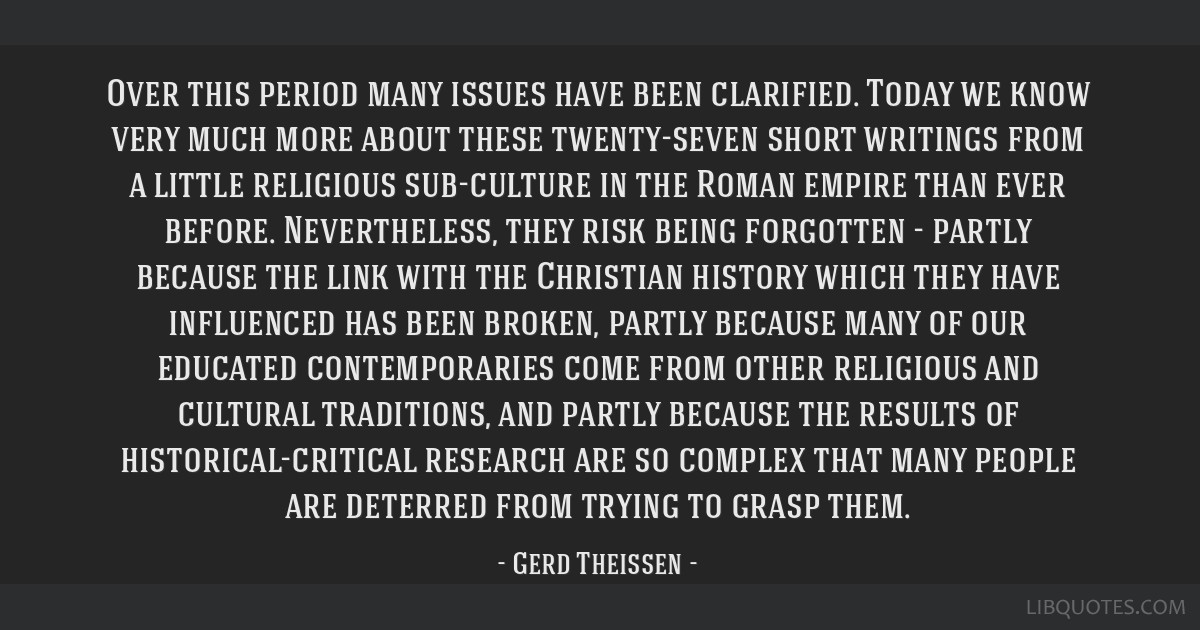 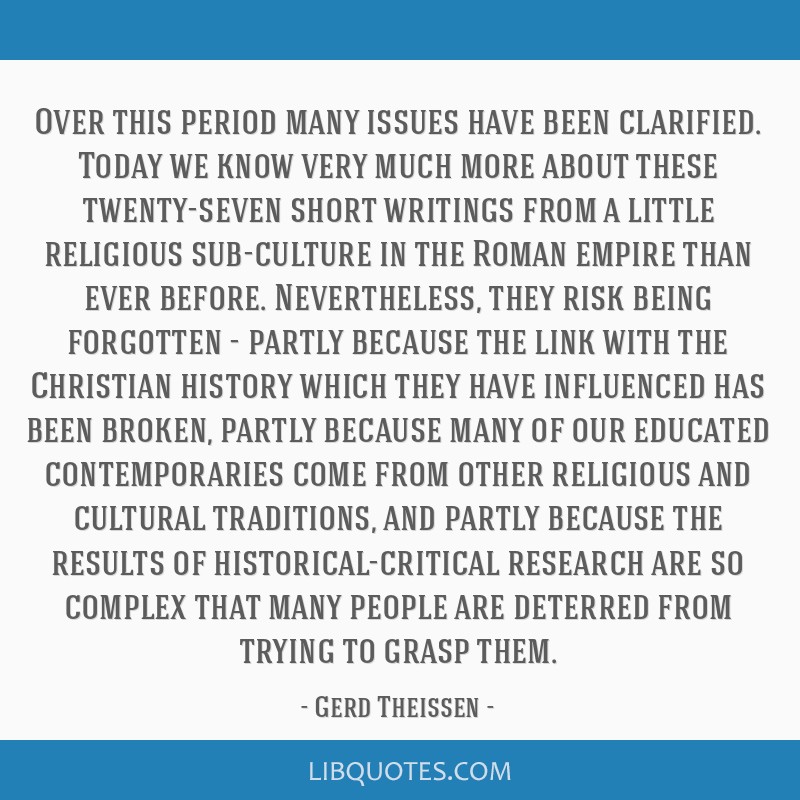 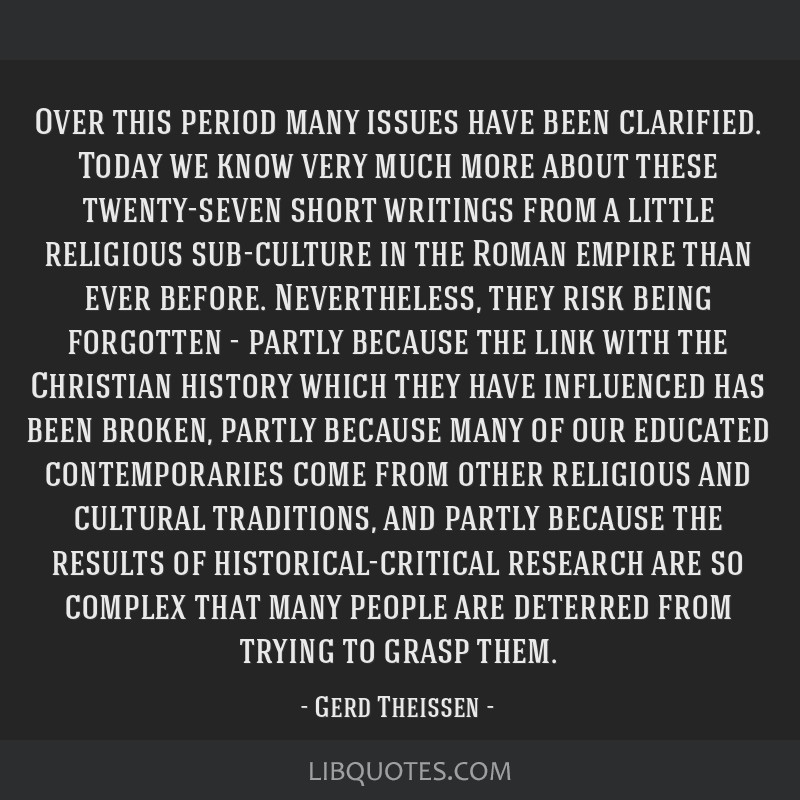