Our third American Tragedy is Martin Luther King. King was Mario Cuomo and Stevenson another way. Oh, he had some Roosevelt will to power, but Cuomo has a will to power, and Stevenson had a little, maybe more than I'm giving him credit for. He was who you wanted it to be, in a way. Old America. We're singing spirituals again. We're having dreams again. Well, that left mechanization entirely out of the question. There was no Hollywood there. There were no gangsters there. There was no World War II victory there. I hope everyone understands I'm being completely nonracist when I say he was Adlai Stevenson another way. 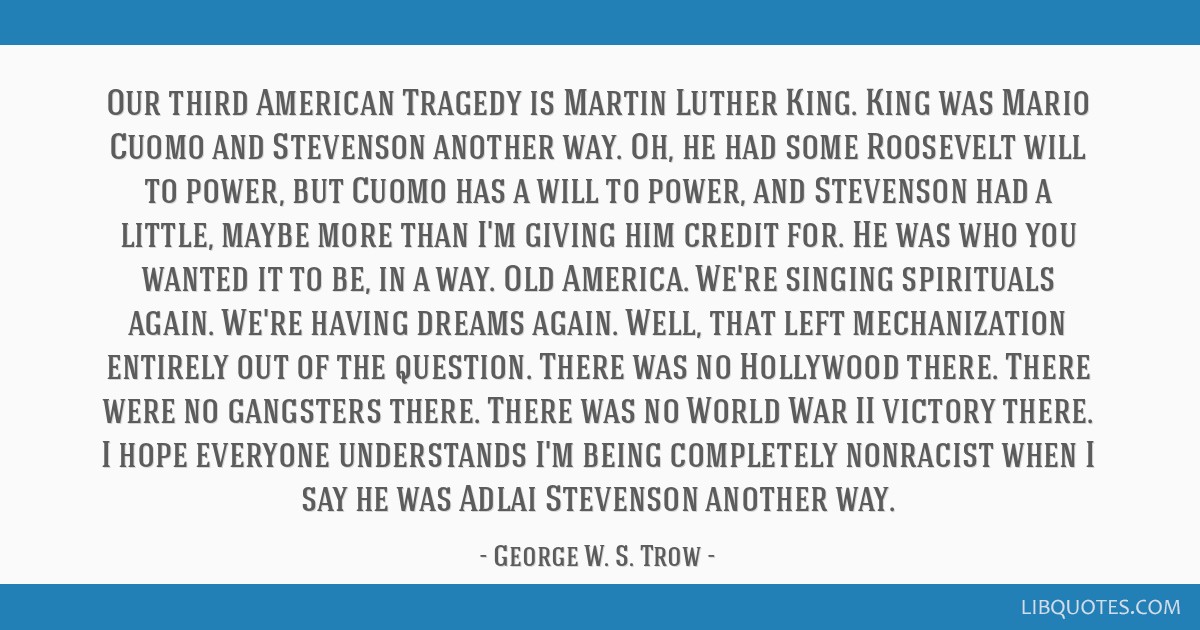 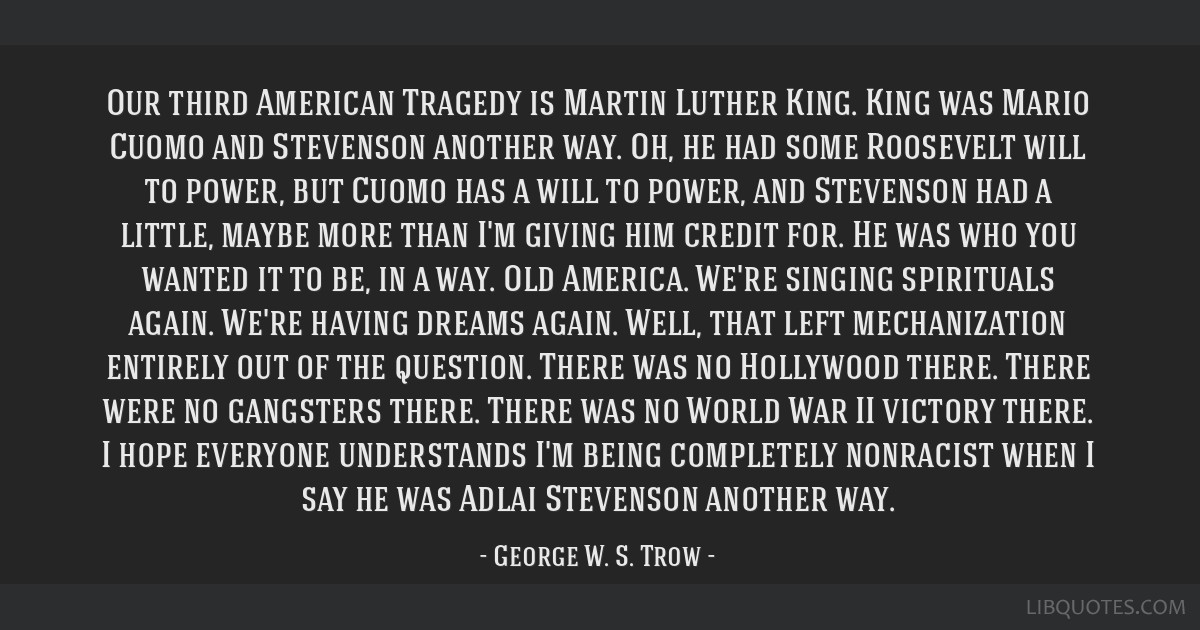 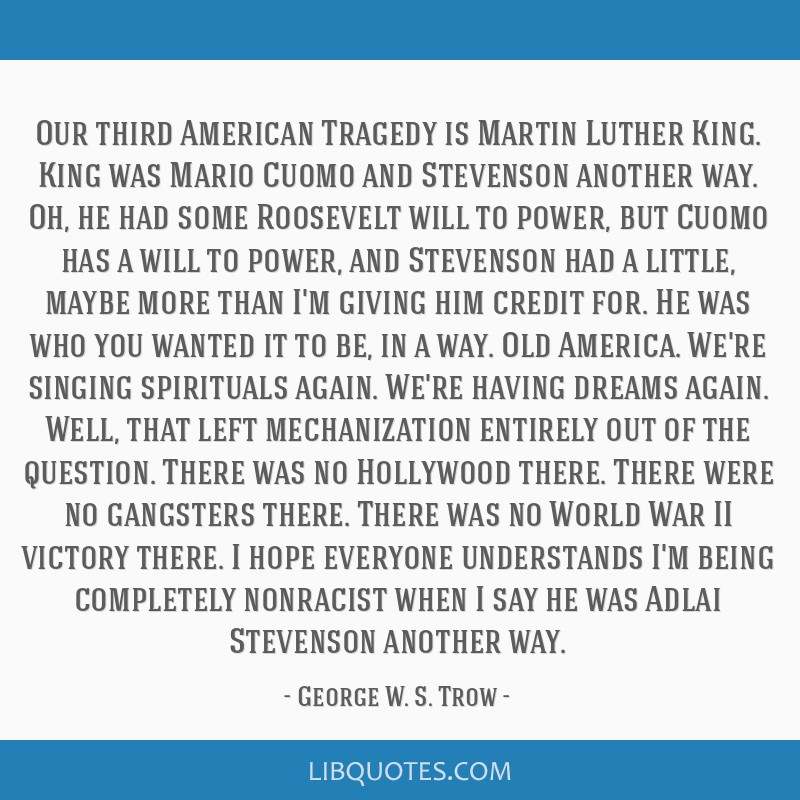 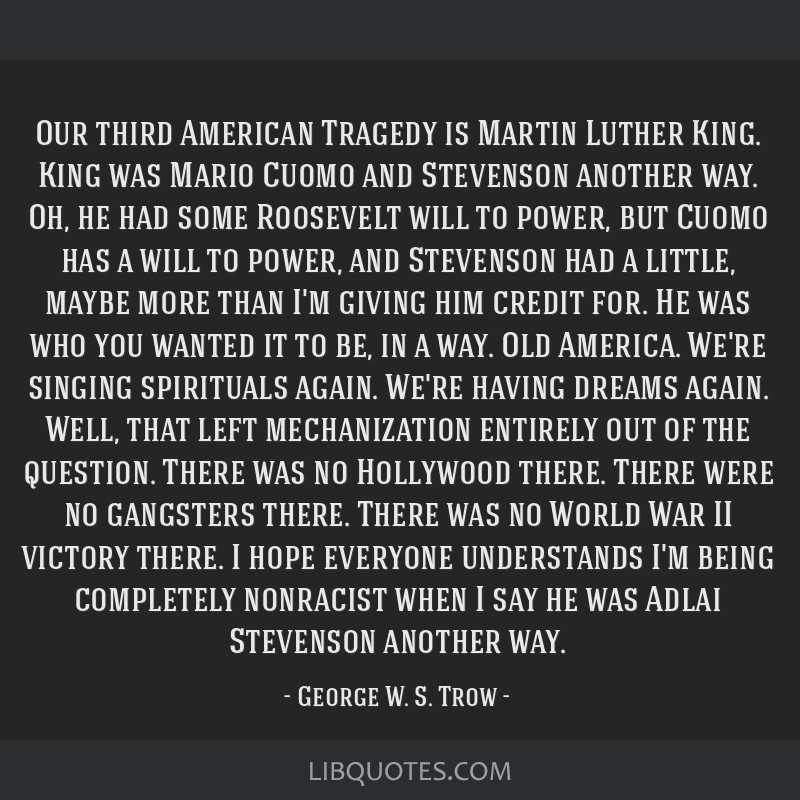