African peoples are now writing your own story of liberty. Africans have overcome the arrogance of colonial powers, overcome the cruelty of apartheid, and made it clear that dictatorship is not the future of any nation on this continent. In the process, Africa has produced heroes of liberation, leaders like Mandela, Senghor, Nkrumah, Kenyatta, Selassie and Sadat. And many visionary African leaders, such as my friend, have grasped the power of economic and political freedom to lift whole nations and put forth bold plans for Africa's development.

Hope and Conscience Will Not Be Silenced (July 2003) 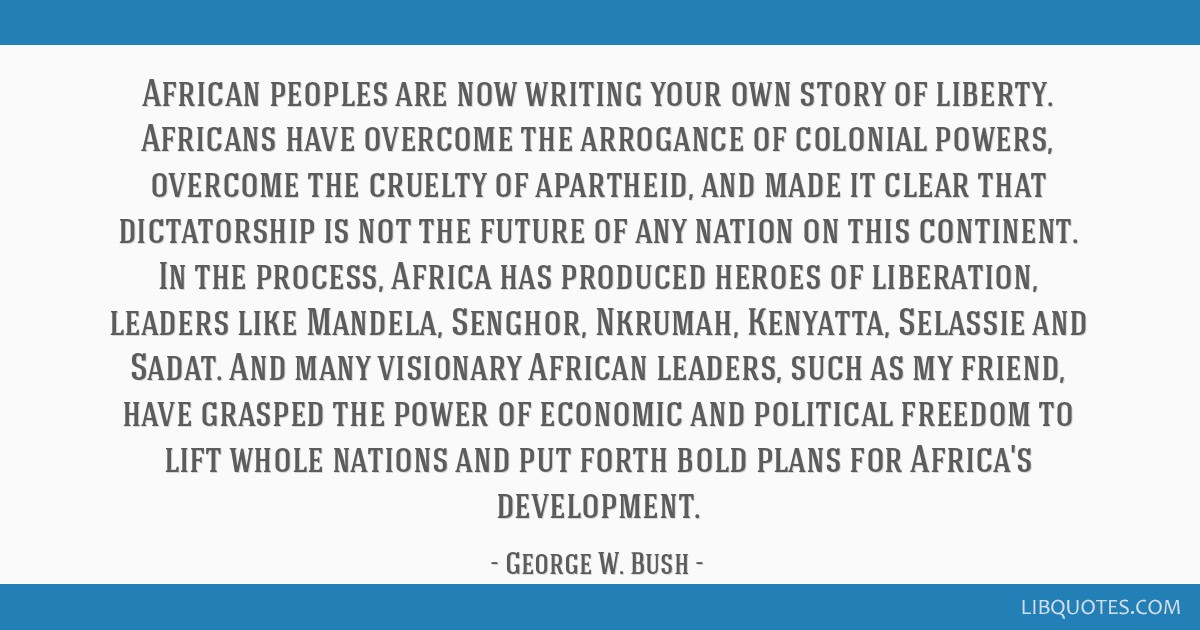 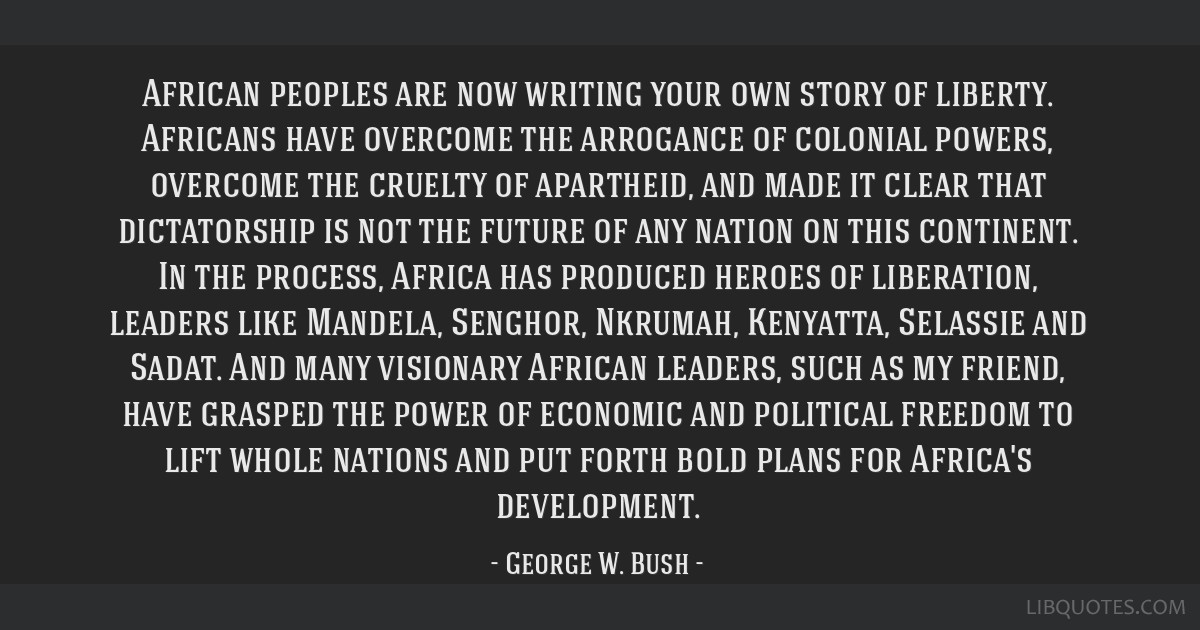 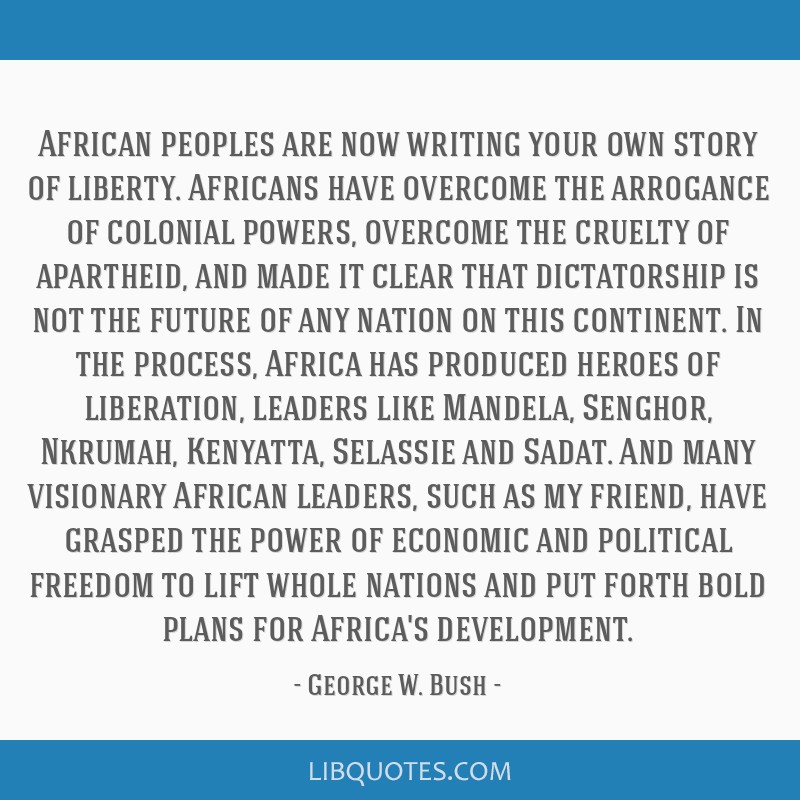 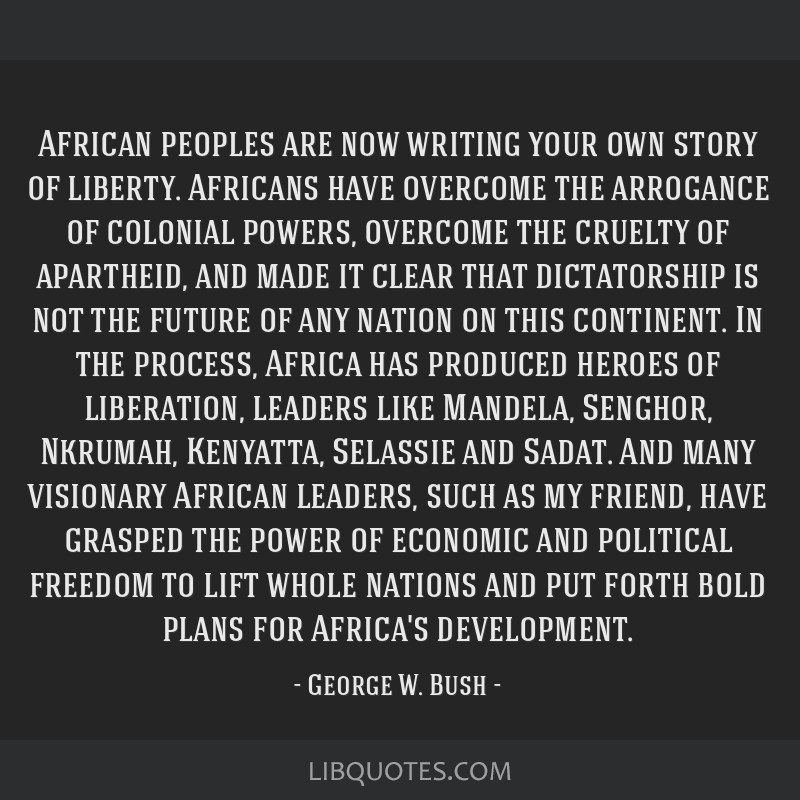 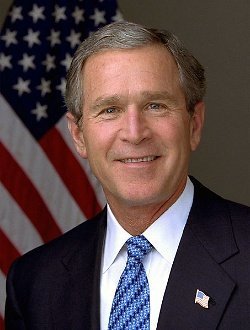