Even where it is manipulated by major talents, deconstruction tends to bear either on marginal texts (Sade, Lautréamont), or on secondary work by a great writer (Barthes on Balzac's Sarrazine). The classics of deconstruction, in Jacques Derrida or Paul De Man, are "misreadings" not of literature but of philosophy; they address themselves to philosophical linguistics and the theory of language. The masks they seek to strip off are those worn by Plato, by Hegel, by Rousseau, by Nietszche or Saussure. Deconstruction has nothing to tell us of Aeschylus or Dante, of Shakespeare or Tolstoy. 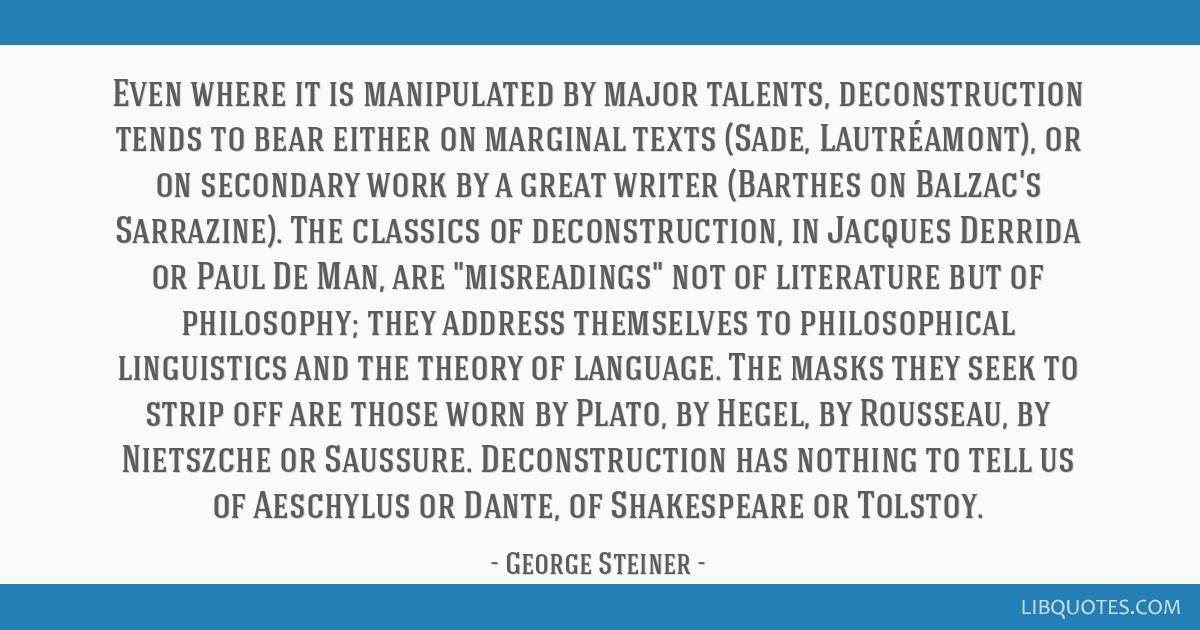 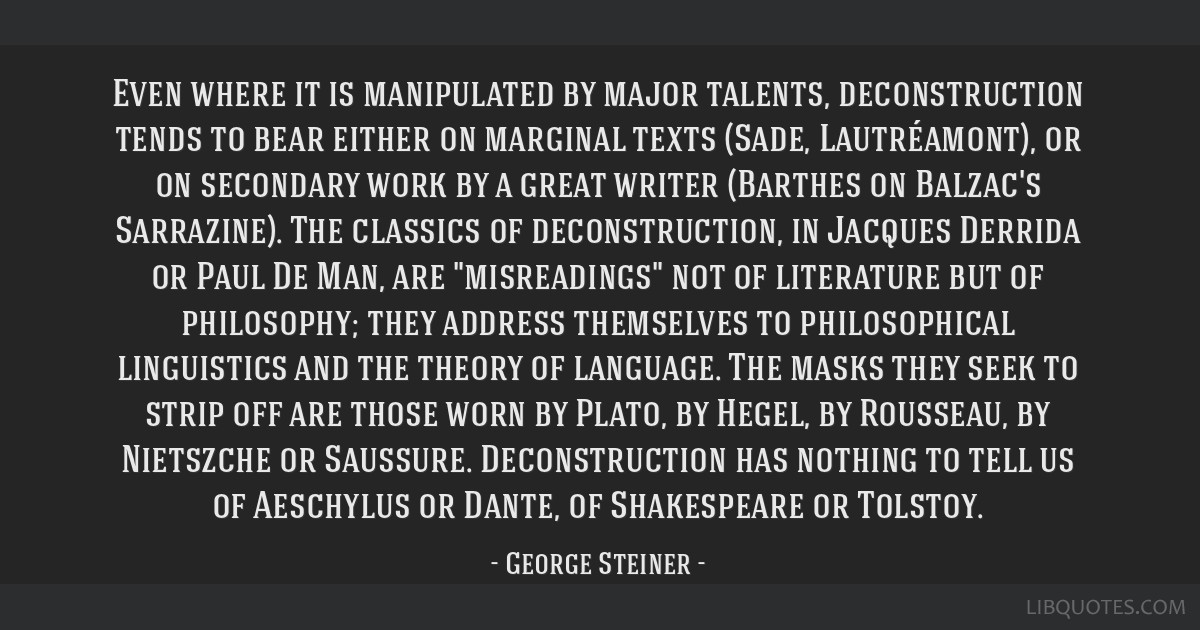 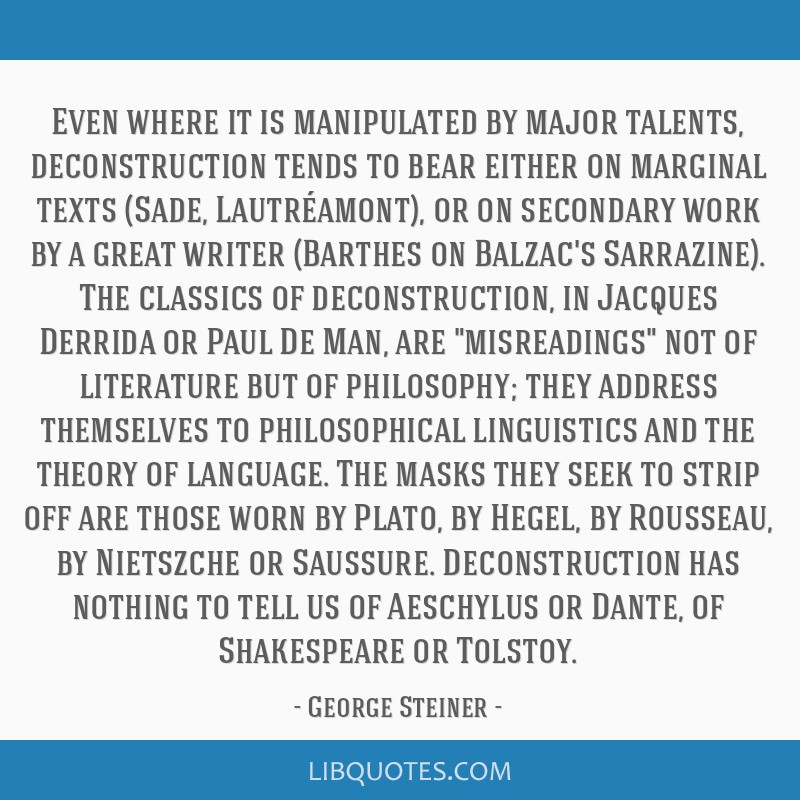 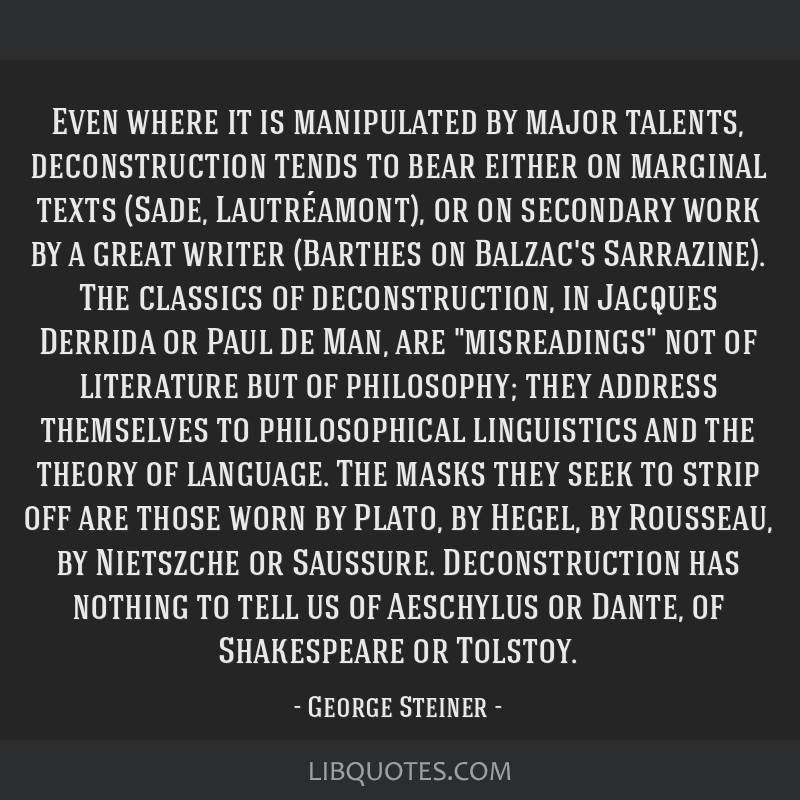 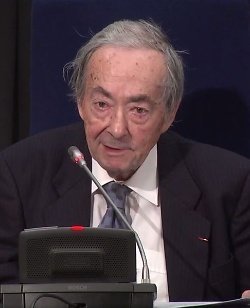