Victor Raikes, the Tory M. P., who is an able and outspoken reactionary, made a speech which I should have considered a good one if it had referred only to Poland and Jugoslavia. But after dealing with those two countries he went on to speak about Greece, and then suddenly black became white, and white black. There was no booing, no interjections from the quite large audience—and none there, apparently, who could see that the forcing of quisling governments upon unwilling peoples is equally undesirable whoever does it. 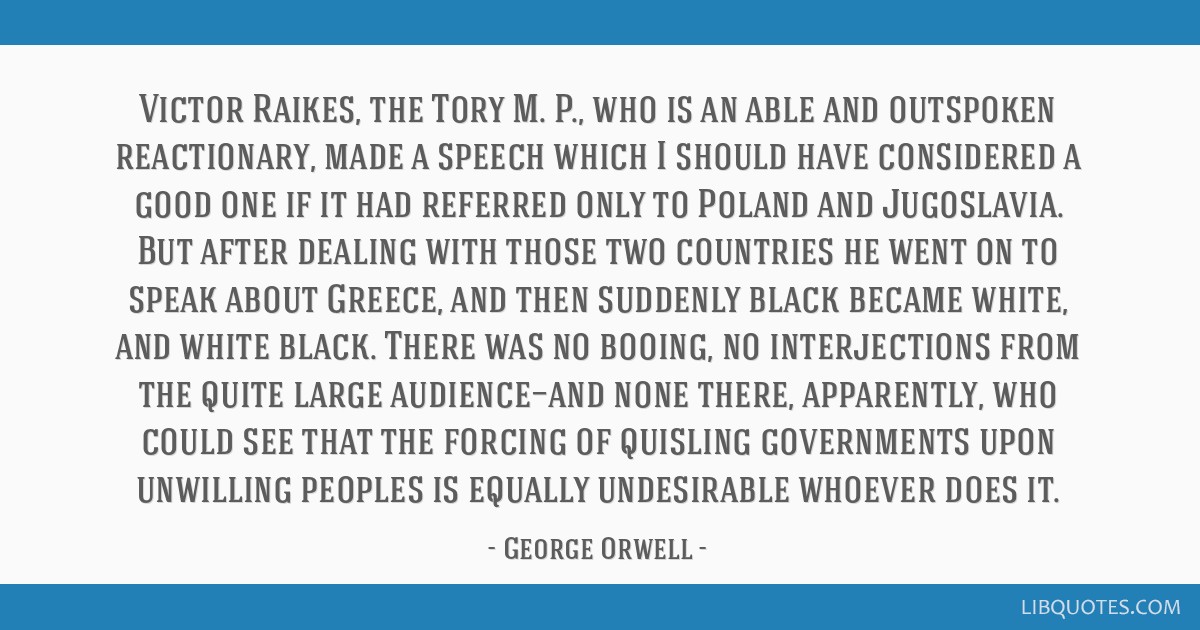 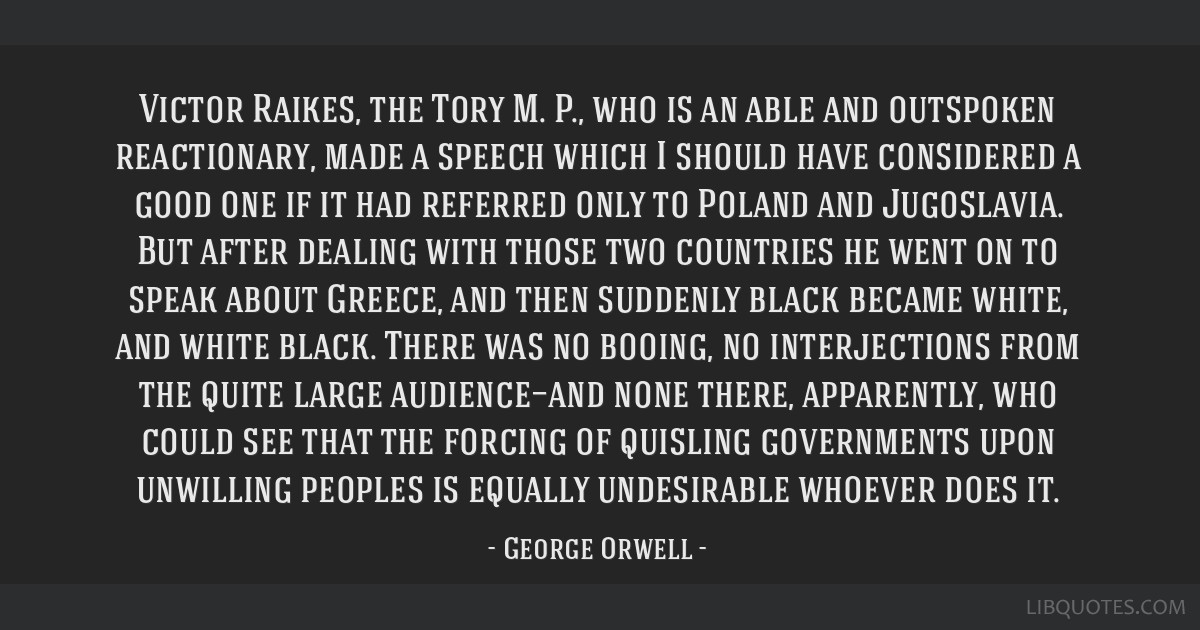 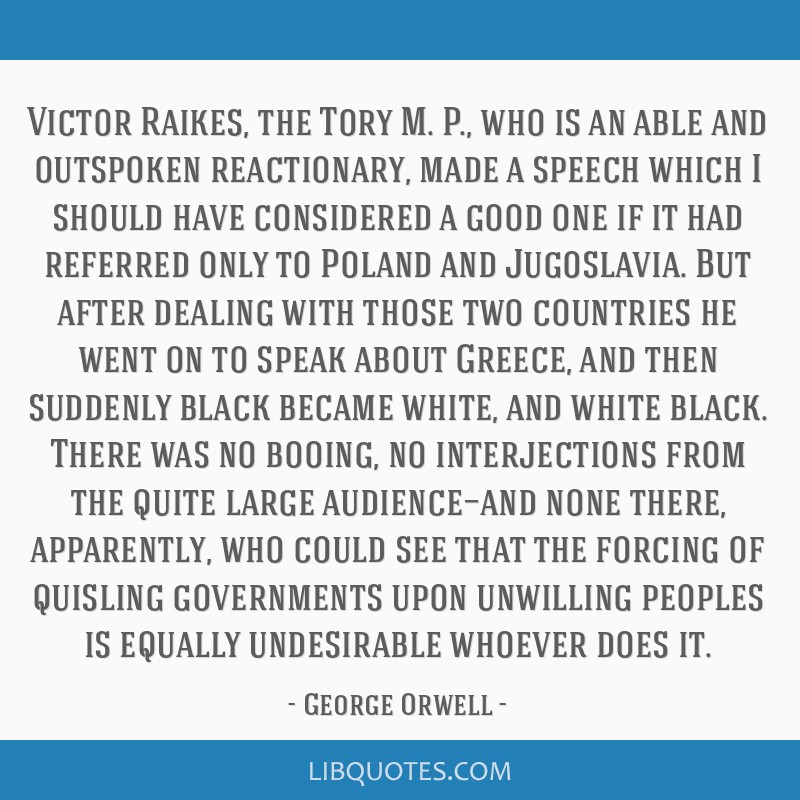 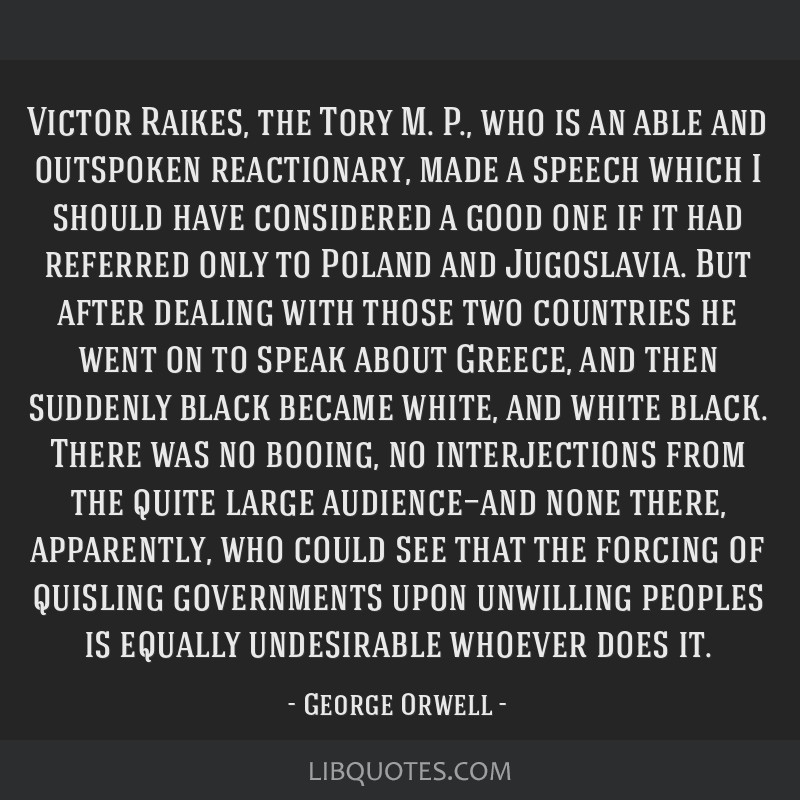