In Oceania at the present day, Science, in the old sense, has almost ceased to exist. In Newspeak there is no word for 'Science.' The empirical method of thought, on which all the scientific achievements of the past were founded, is opposed to the most fundamental principles of Ingsoc. 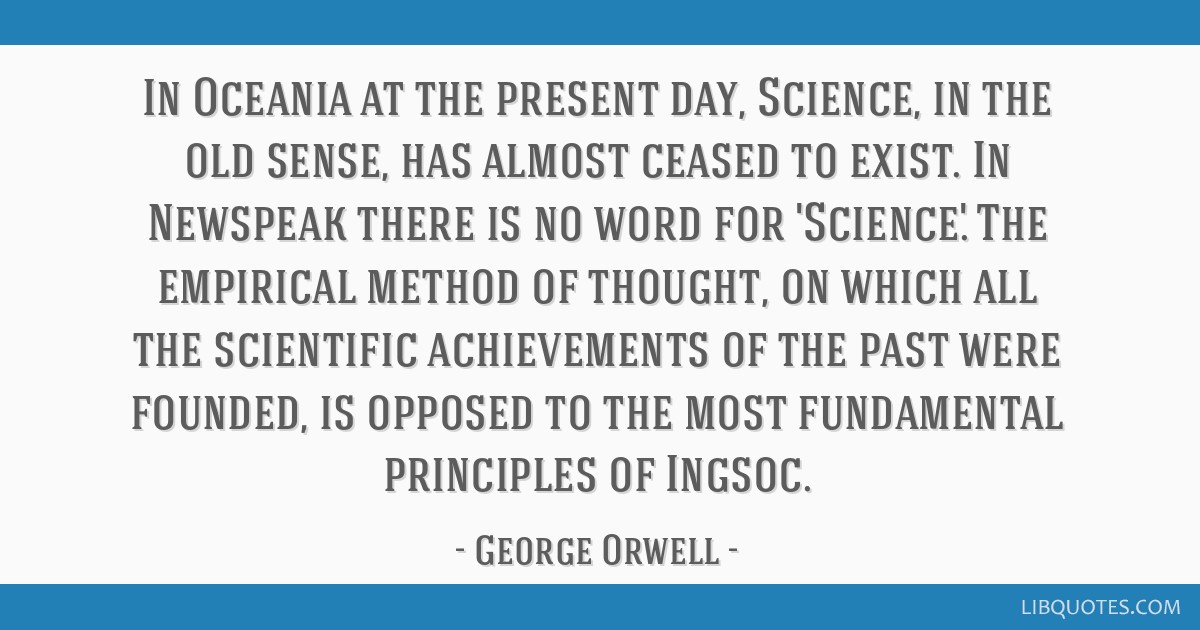 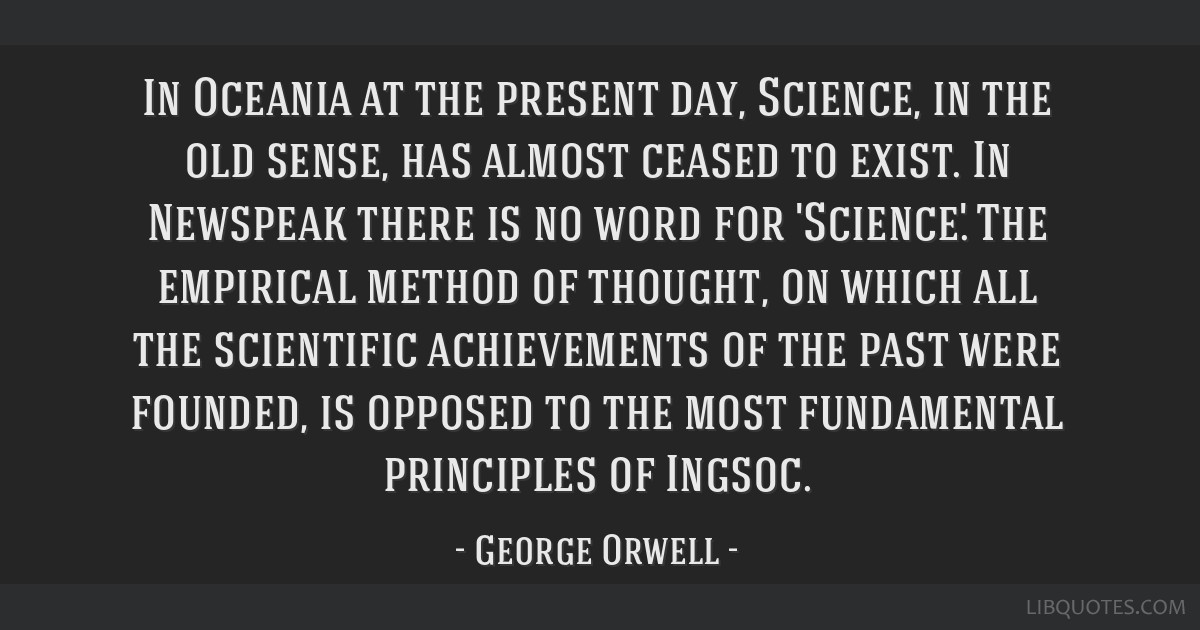 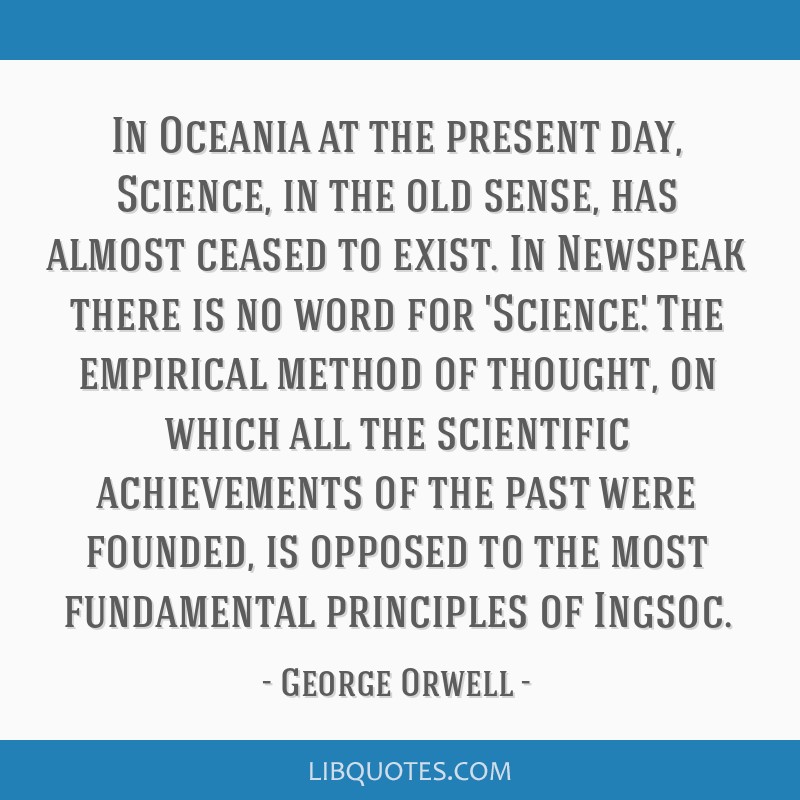 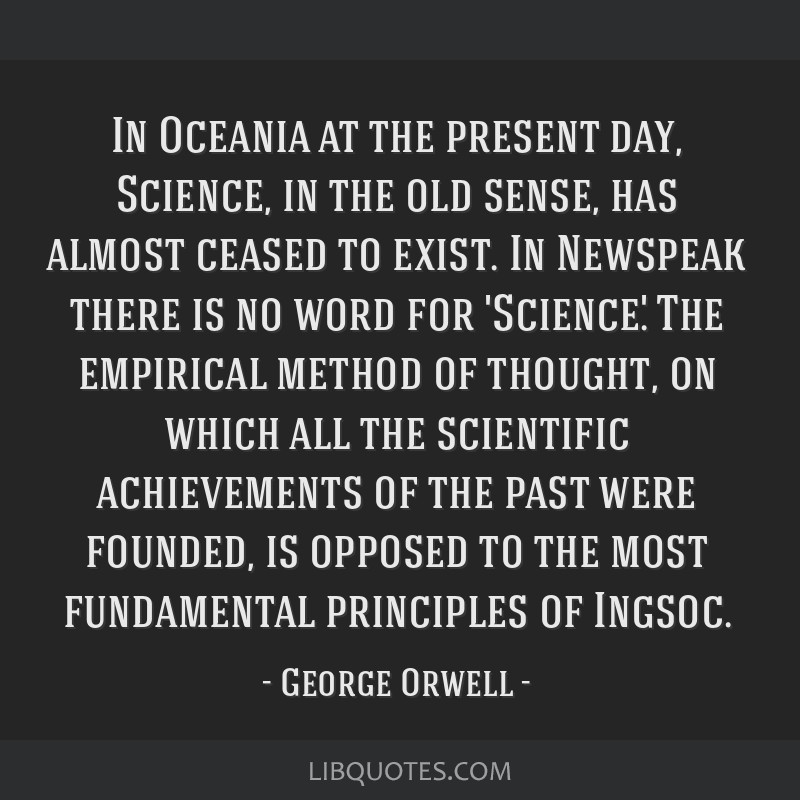