Both men were the spiritual children of Voltaire, both had an ironical, sceptical view of life, and a native pessimism overlaid by gaiety; both knew that the existing social order is a swindle and its cherished beliefs mostly delusions.

On Mark Twain and Anatole France, in "Mark Twain - The Licensed Jester" in Tribune (26 November 1943); reprinted in The Collected Essays, Journalism and Letters of George Orwell (1968) 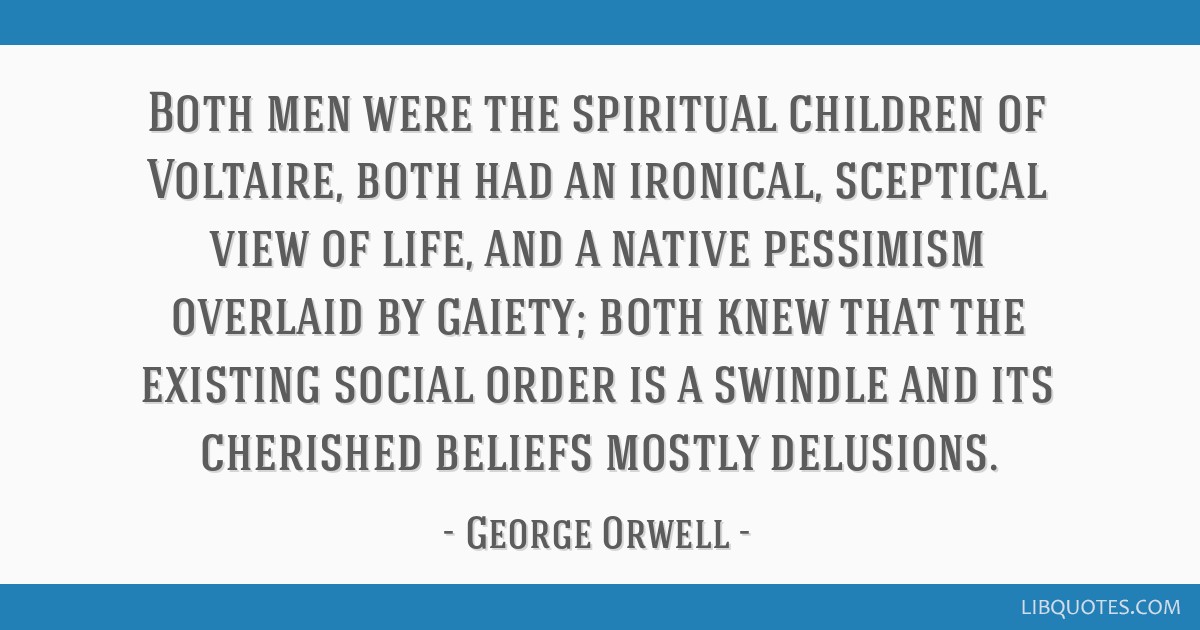 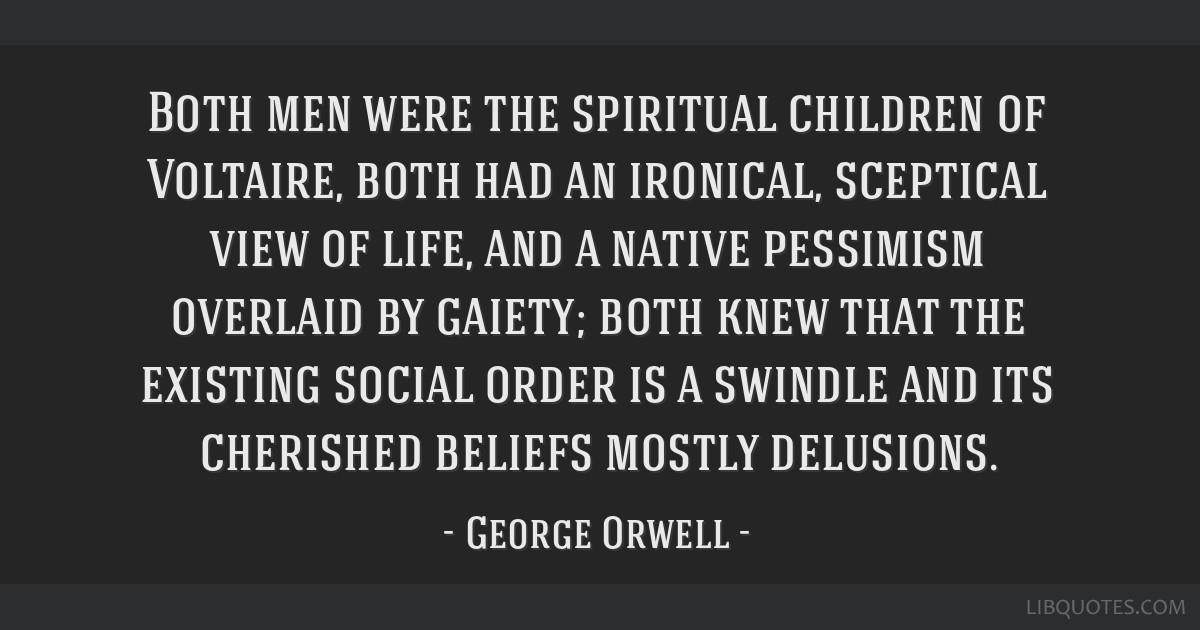 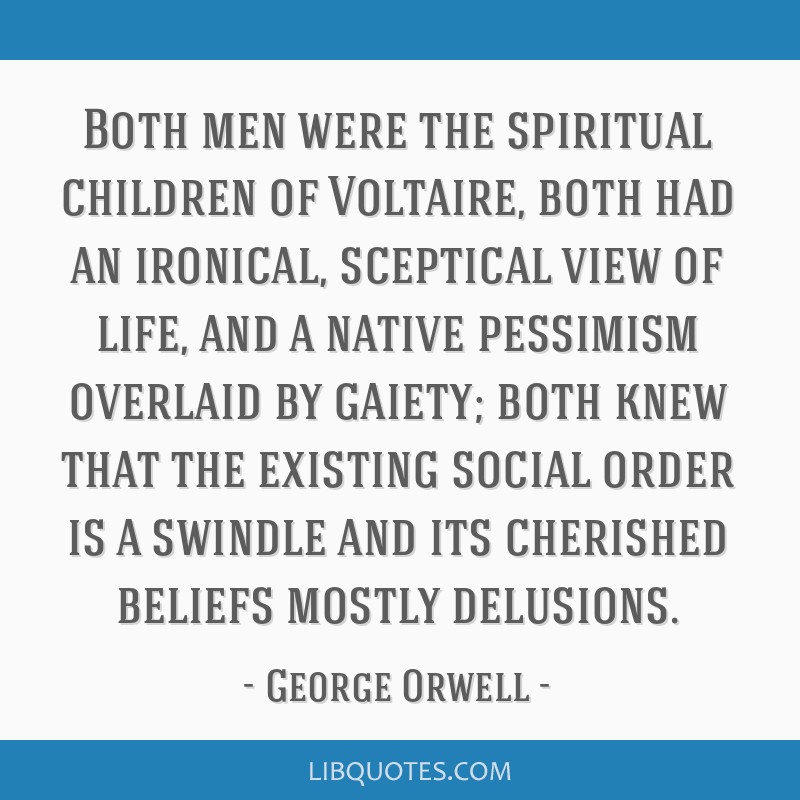 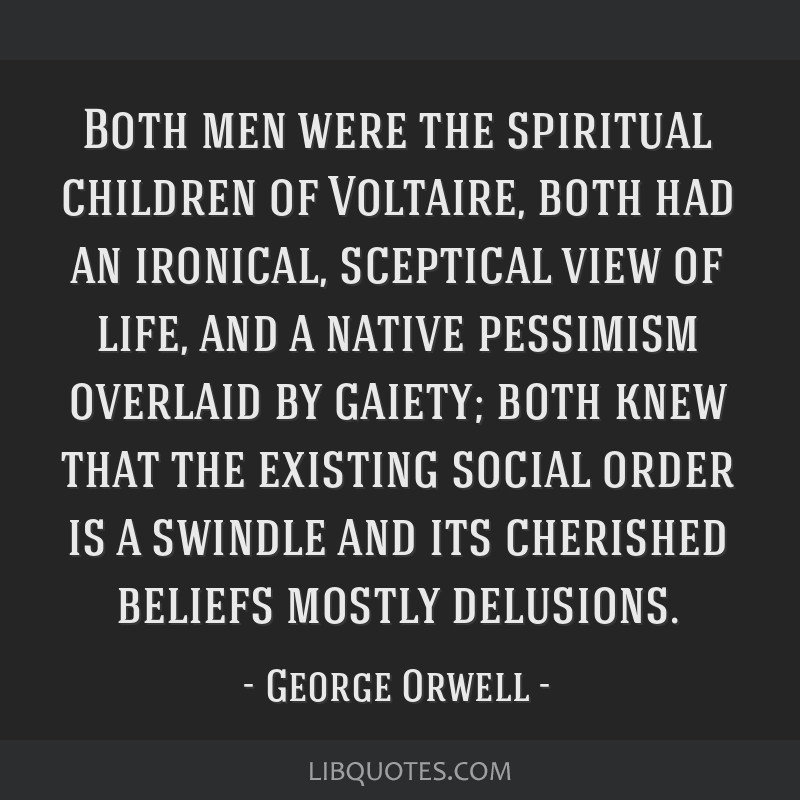