Saints should always be judged guilty until they are proved innocent, but the tests that have to be applied to them are not, of course, the same in all cases. In Gandhi's case the questions one feels inclined to ask are: to what extent was Gandhi moved by vanity — by the consciousness of himself as a humble, naked old man, sitting on a praying mat and shaking empires by sheer spiritual power — and to what extent did he compromise his own principles by entering politics, which of their nature are inseparable from coercion and fraud? To give a definite answer one would have to study Gandhi's acts and writings in immense detail, for his whole life was a sort of pilgrimage in which every act was significant. 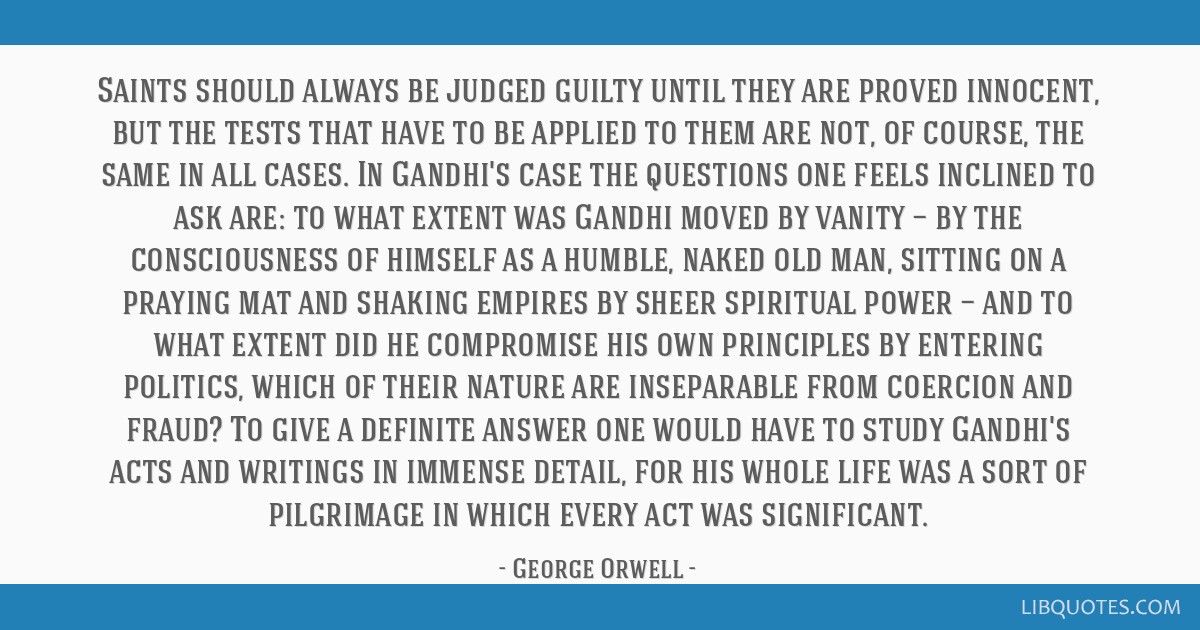 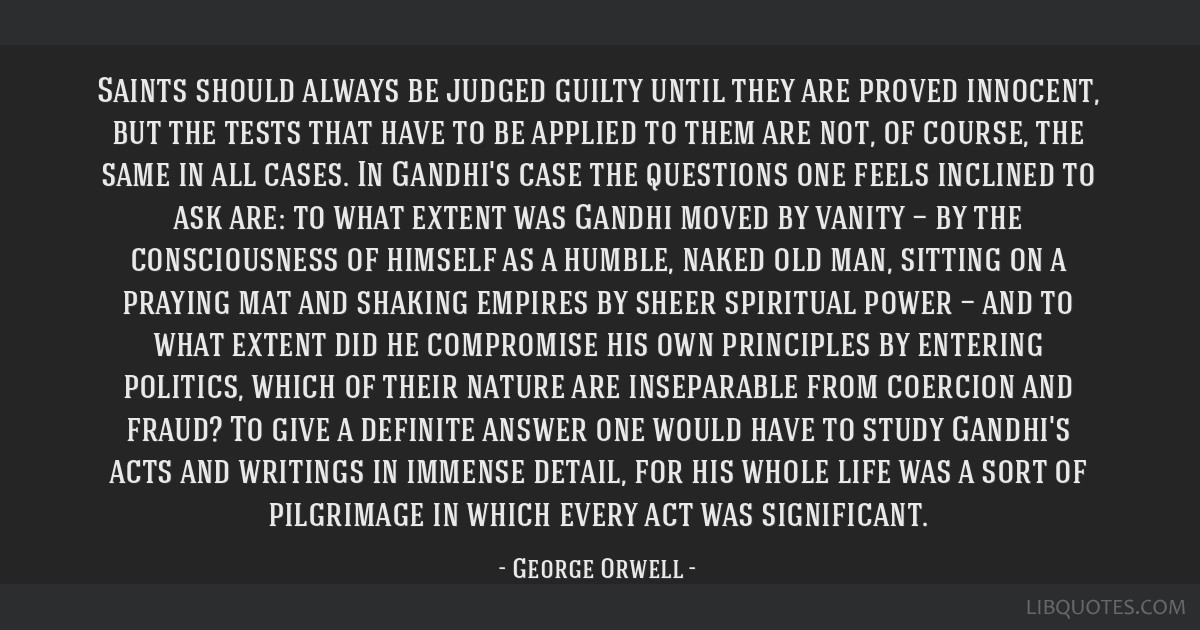 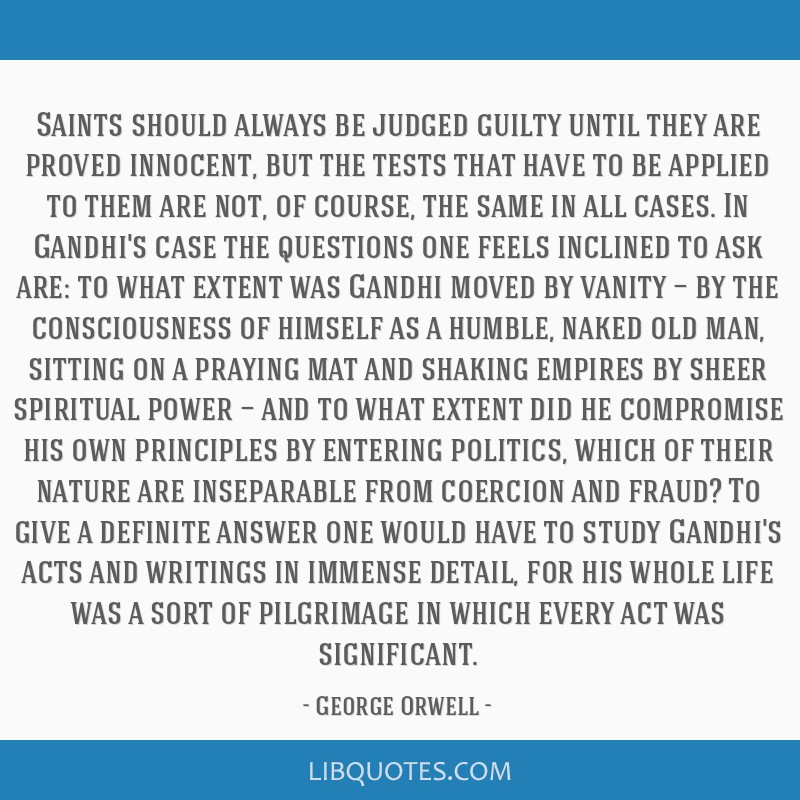 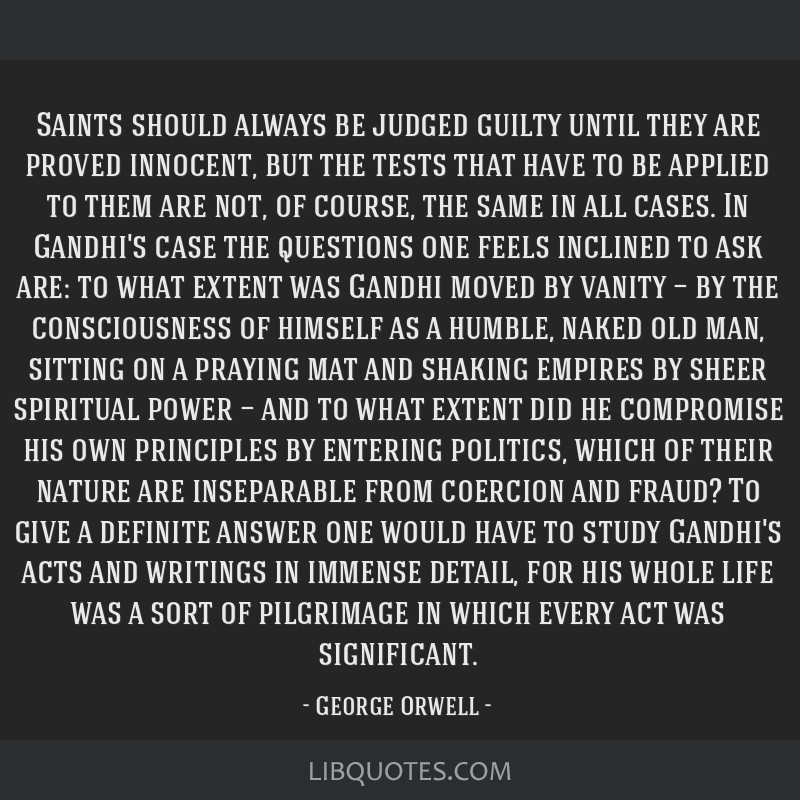