There were times when the fact of impending death seemed as palpable as the bed they lay on, and they would cling together with a sort of despairing sensuality, like a damned soul grasping at his last morsel of pleasure when the clock is within five minutes of striking. But there were also times when they had the illusion not only of safety but of permanence. 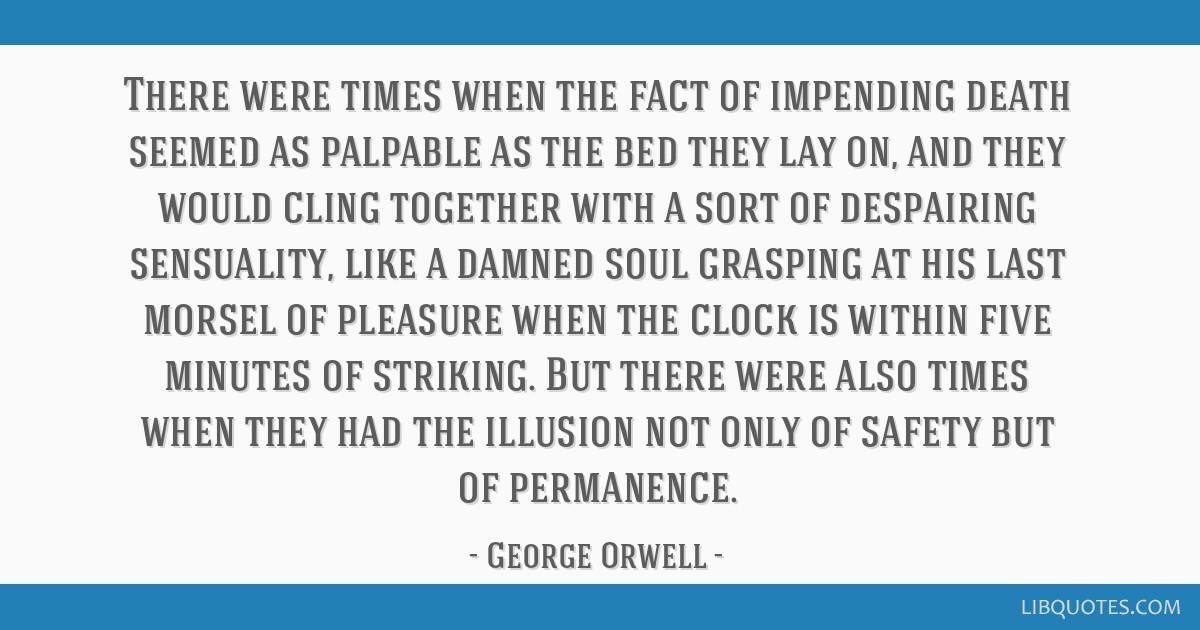 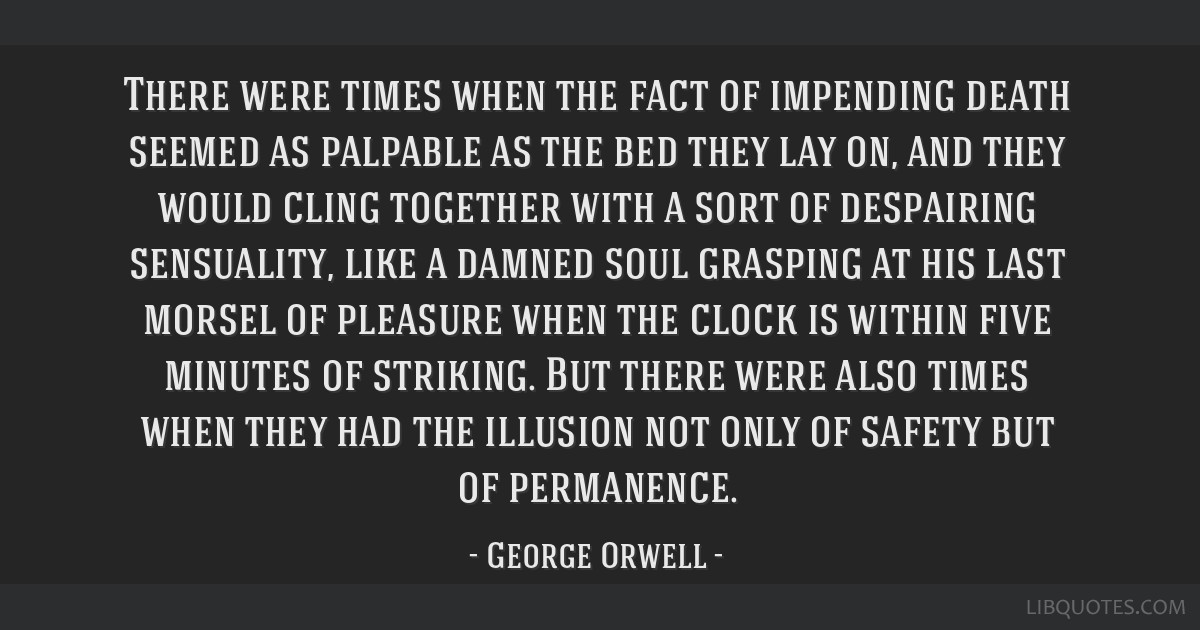 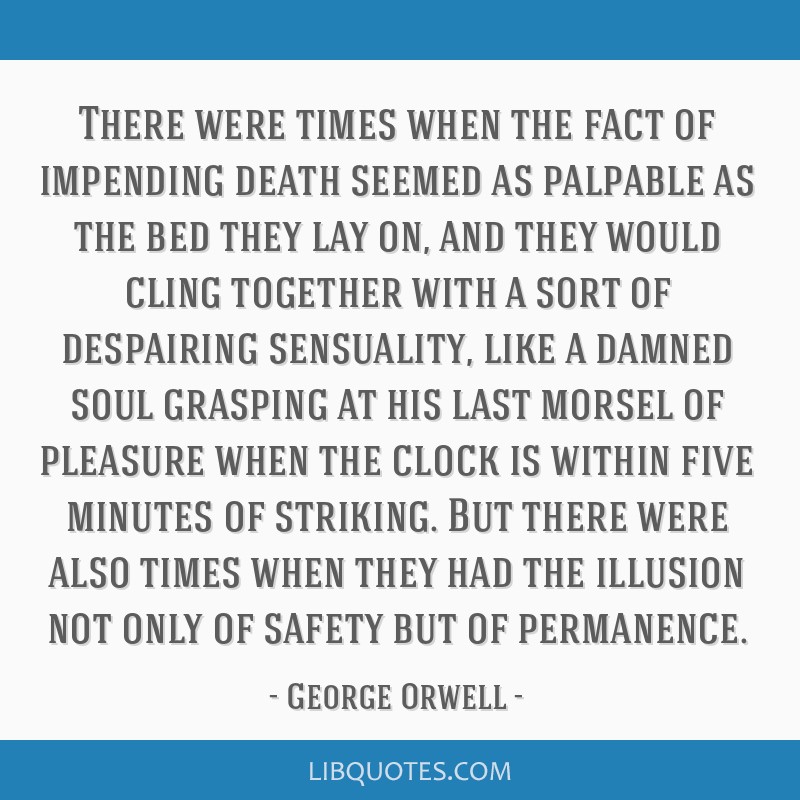 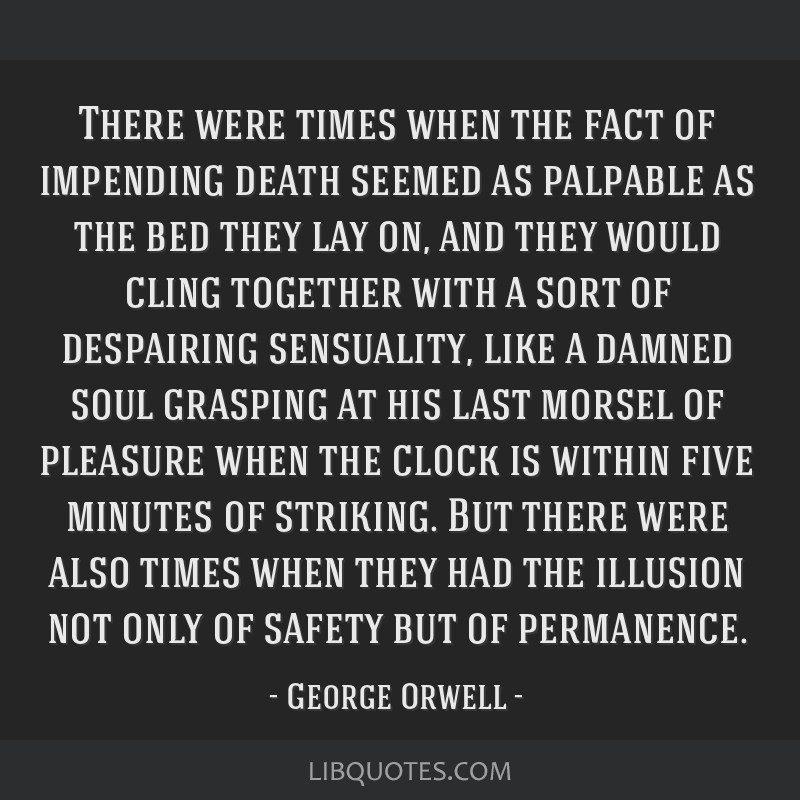