The whole idea of revenge and punishment is a childish day-dream. Properly speaking, there is no such thing as revenge. Revenge is an act which you want to commit when you are powerless and because you are powerless: as soon as the sense of impotence is removed, the desire evaporates also. 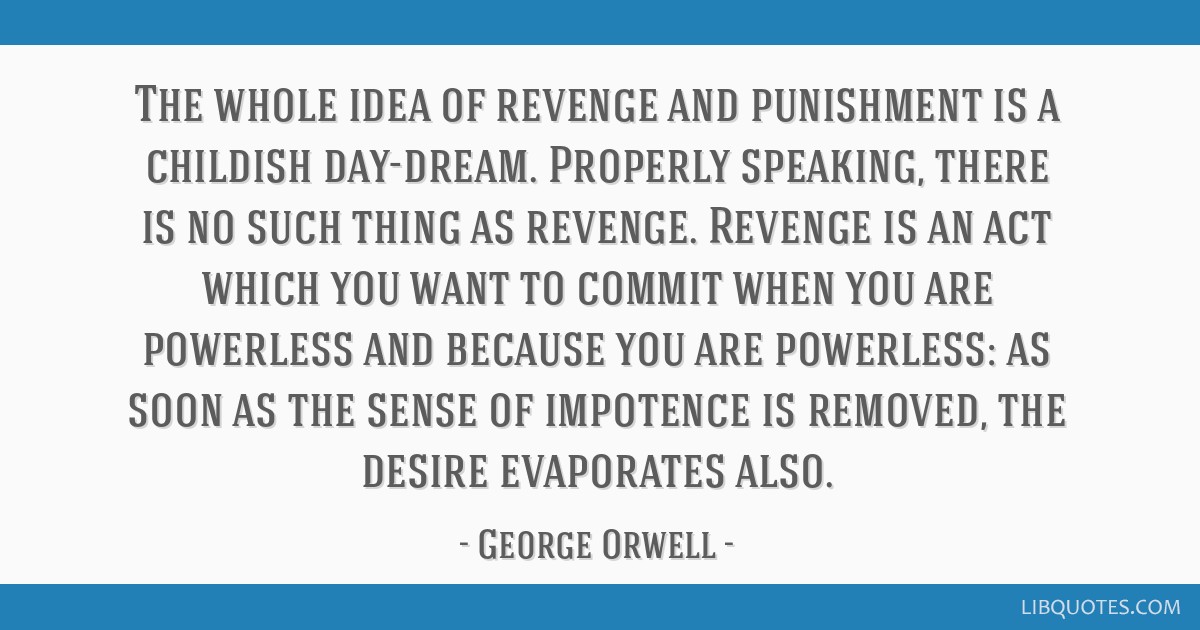 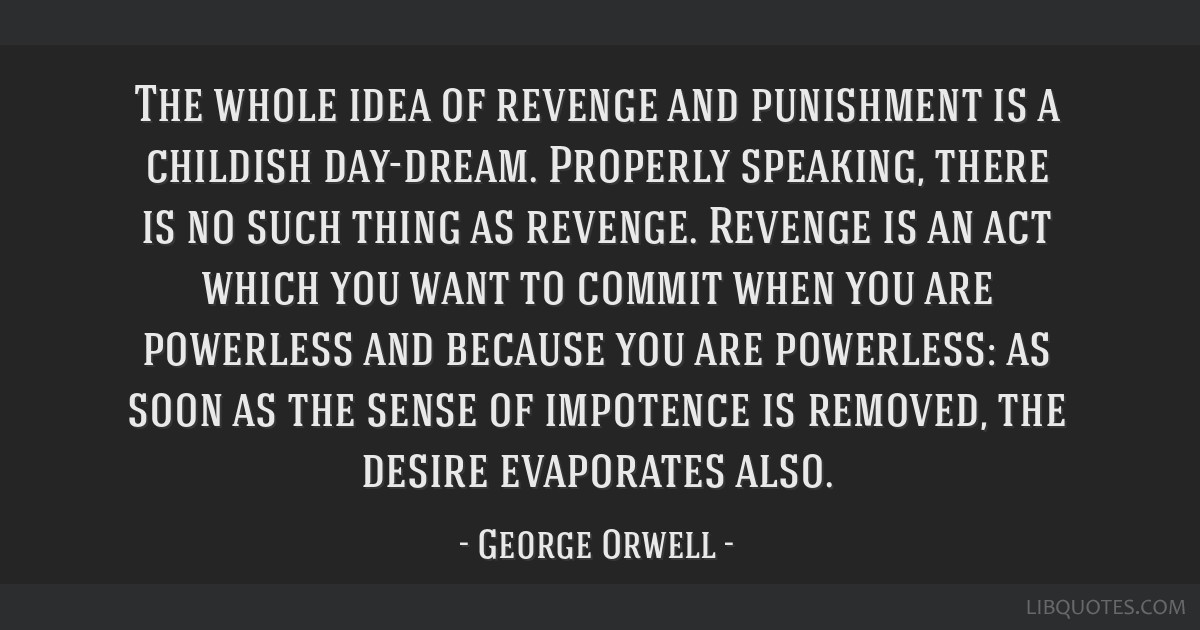 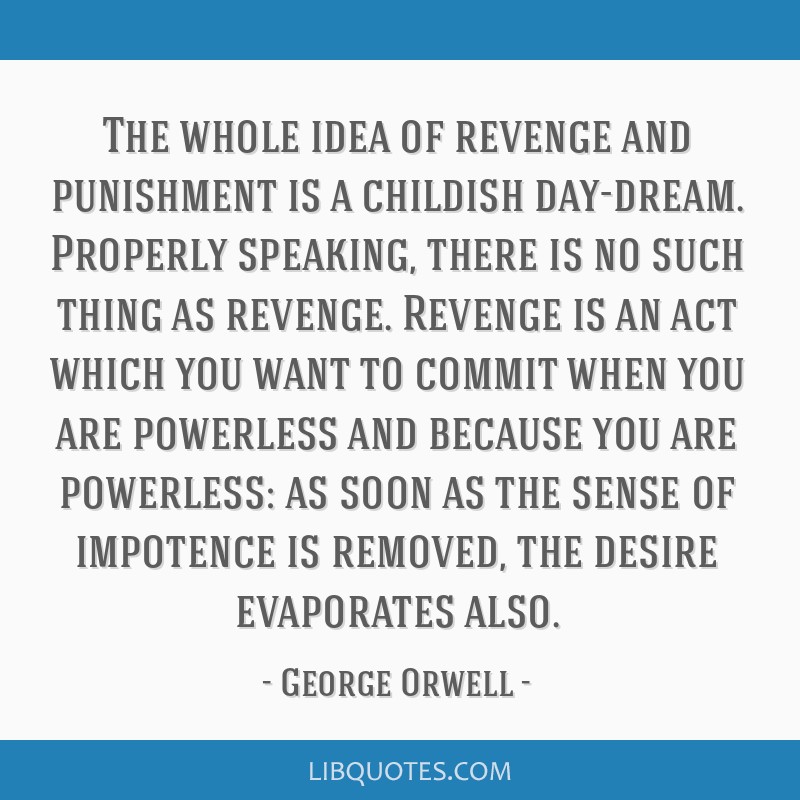 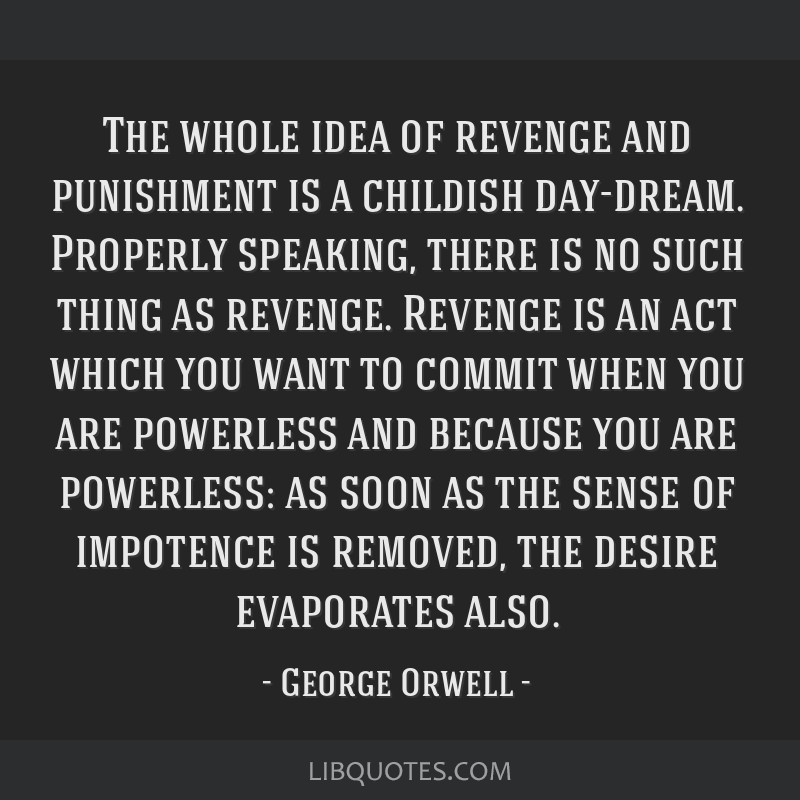