During the first two months of the war it was the Anarchists more than anyone else who had saved the situation, and much later than this the Anarchist militia, in spite of their indiscipline, were notoriously the best fighters among the purely Spanish forces.

Homage to Catalonia: By George Orwell ; with an Introduction by Bob Edwards (ed. 1970) 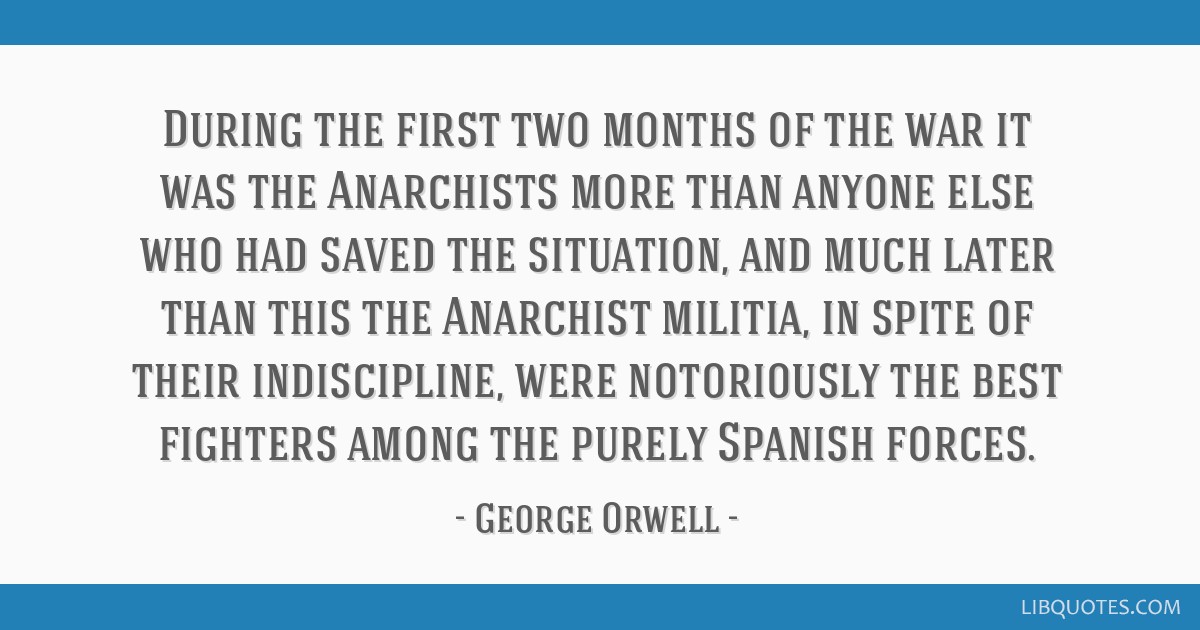 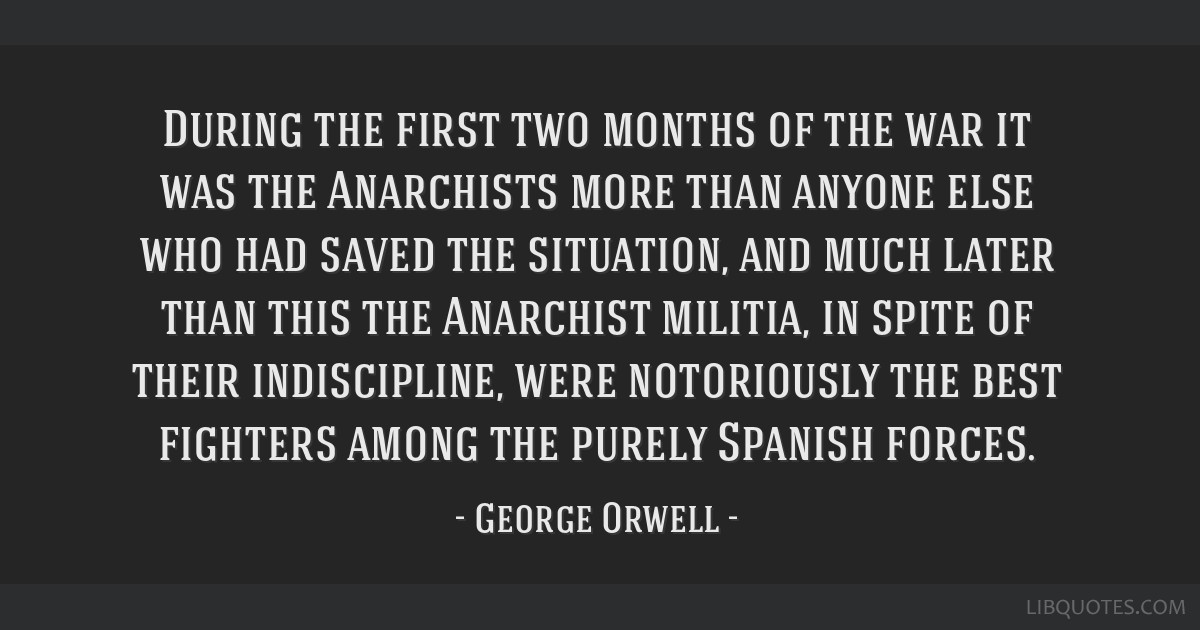 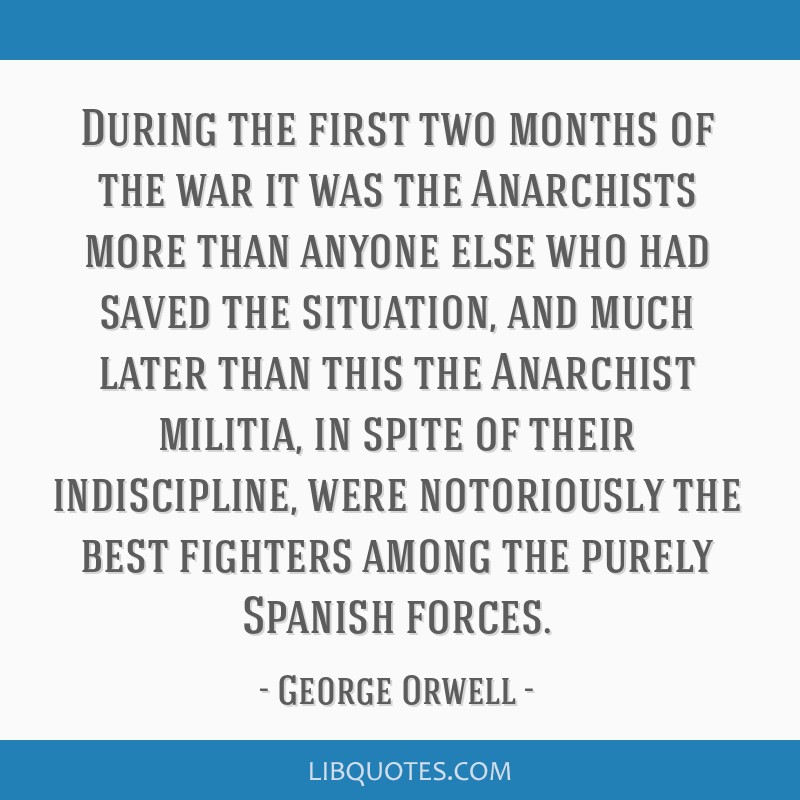 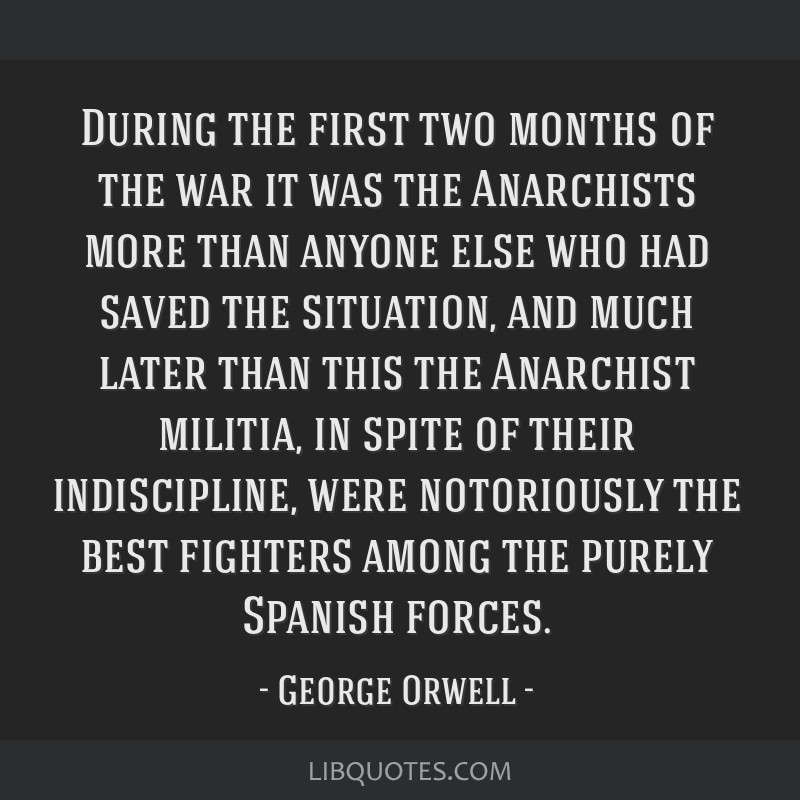