Looking round that filthy room, with raw meat lying among the refuse on the floor, and cold, clotted saucepans sprawling everywhere, and the sink blocked and coated with grease, I used to wonder whether there could be a restaurant in the world as bad as ours. But the other three all said they had been in dirtier places. 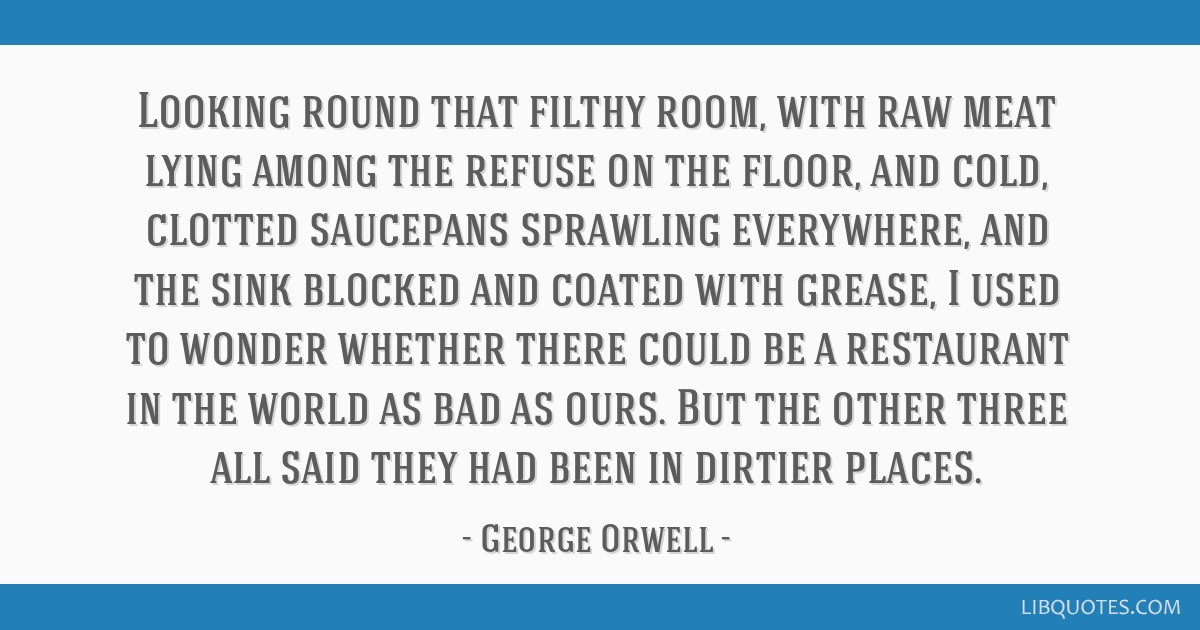 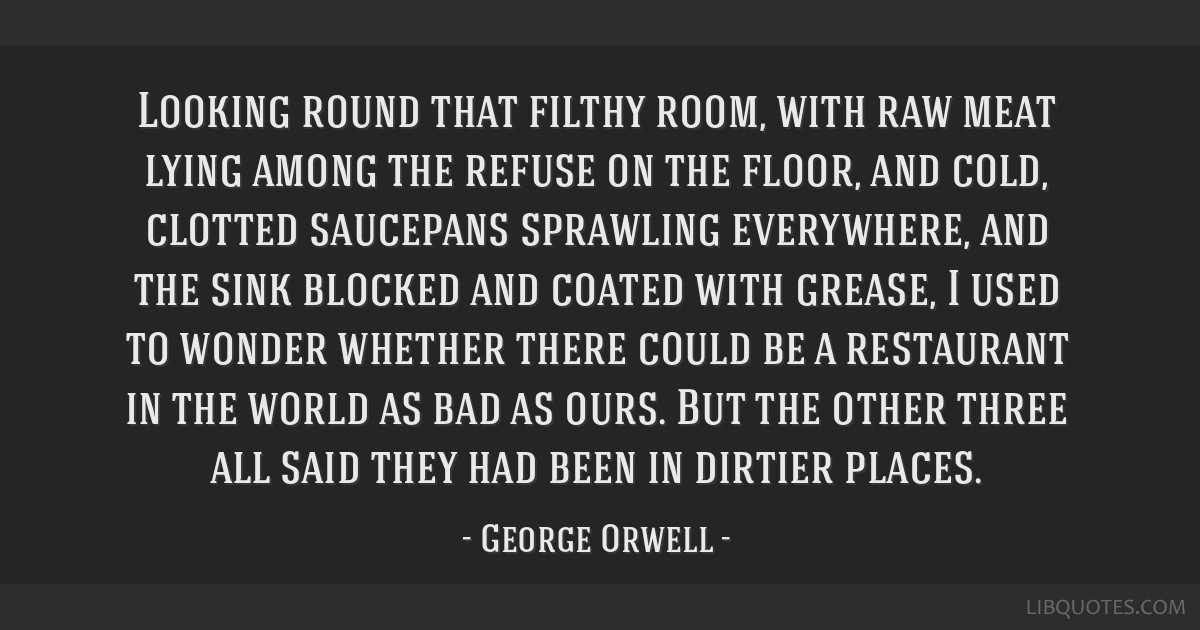 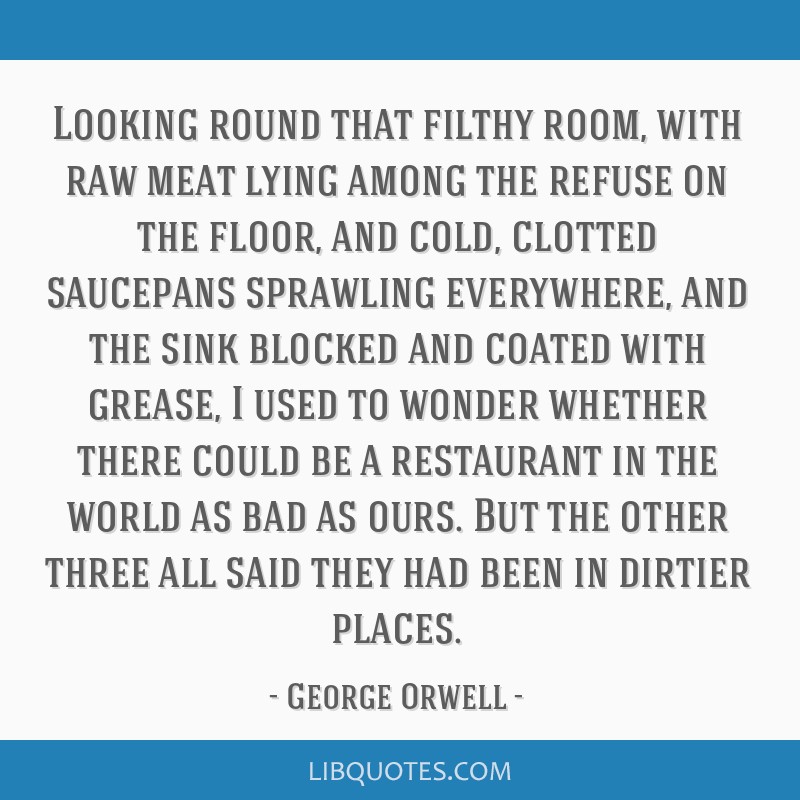 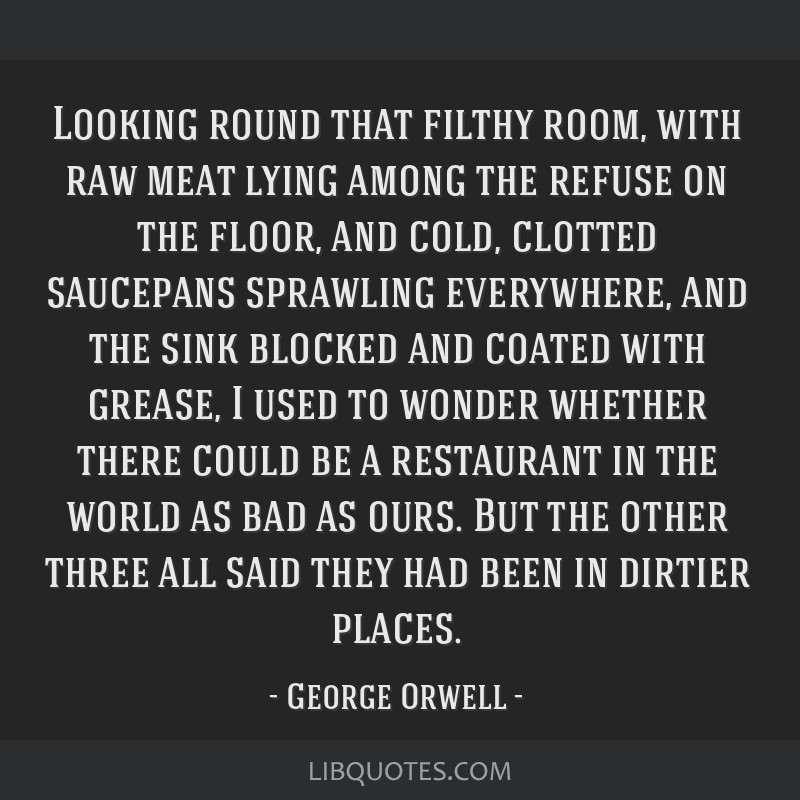