One cannot see the modern world as it is unless one recognizes the overwhelming strength of patriotism, national loyalty. In certain circumstances it can break down, at certain levels of civilization it does not exist, but as a positive force there is nothing to set beside it. Christianity and international Socialism are as weak as straw in comparison with it. Hitler and Mussolini rose to power in their own countries very largely because they could grasp this fact and their opponents could not. 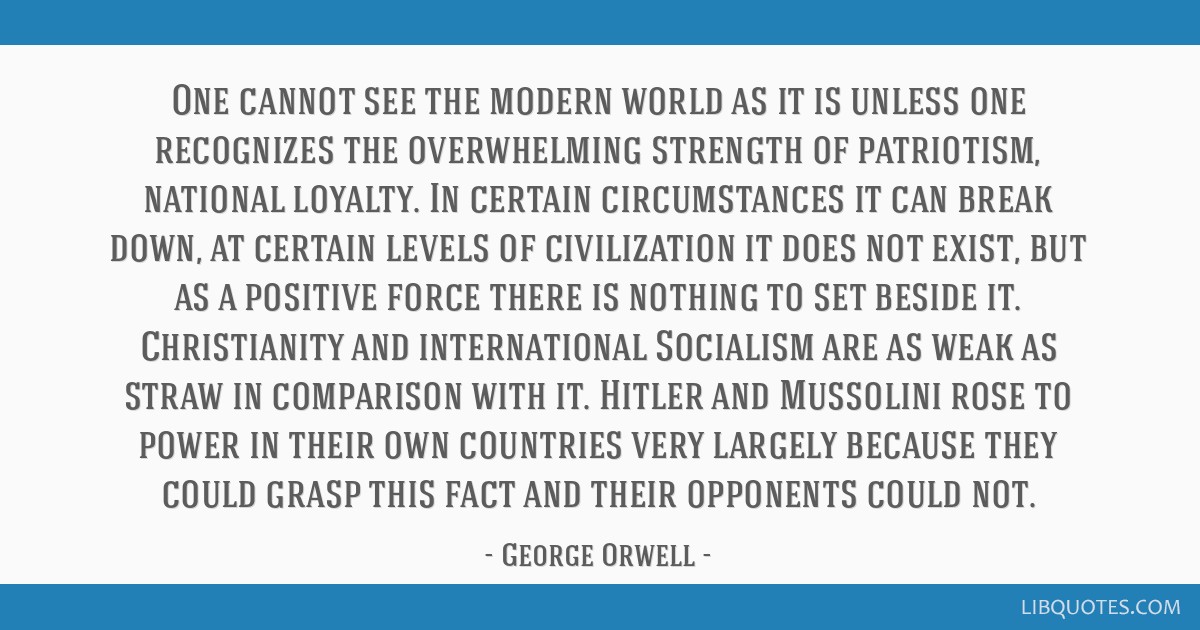 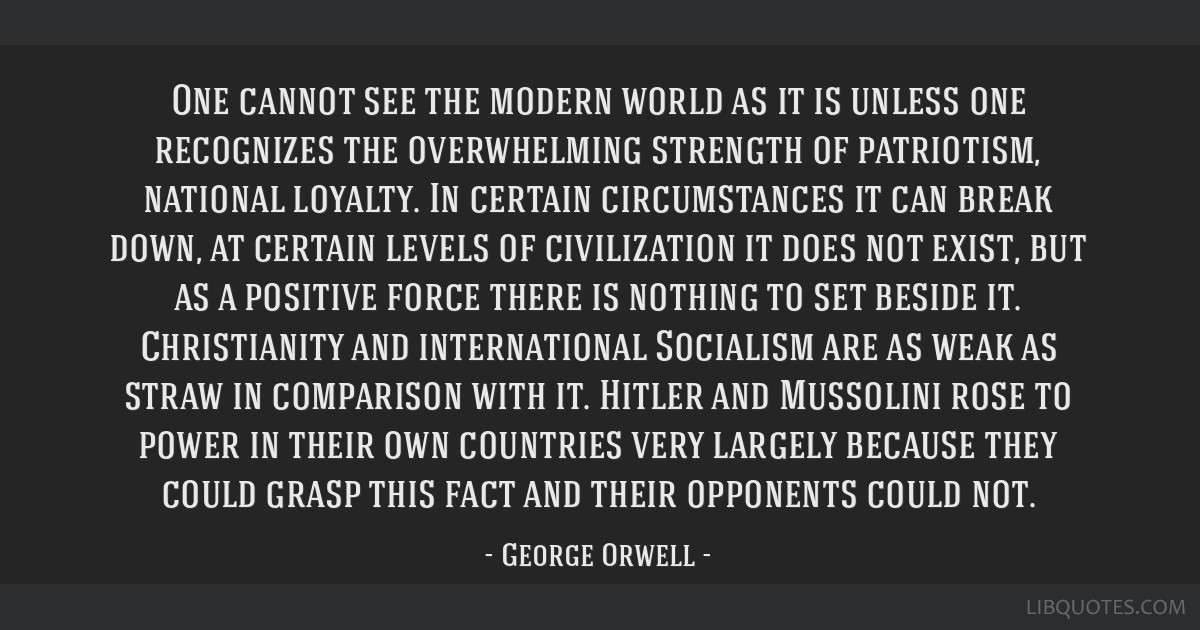 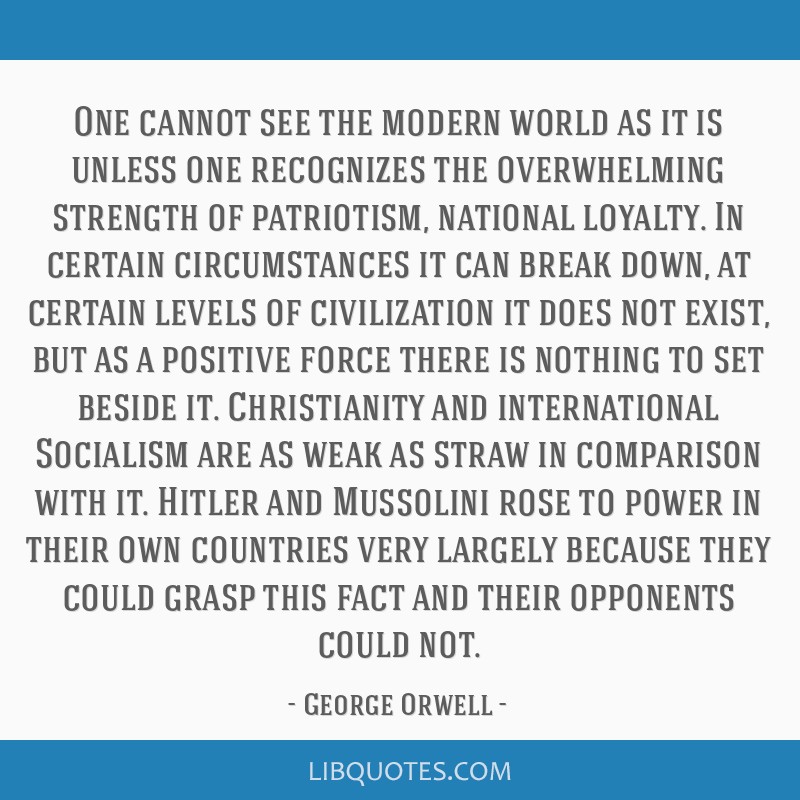 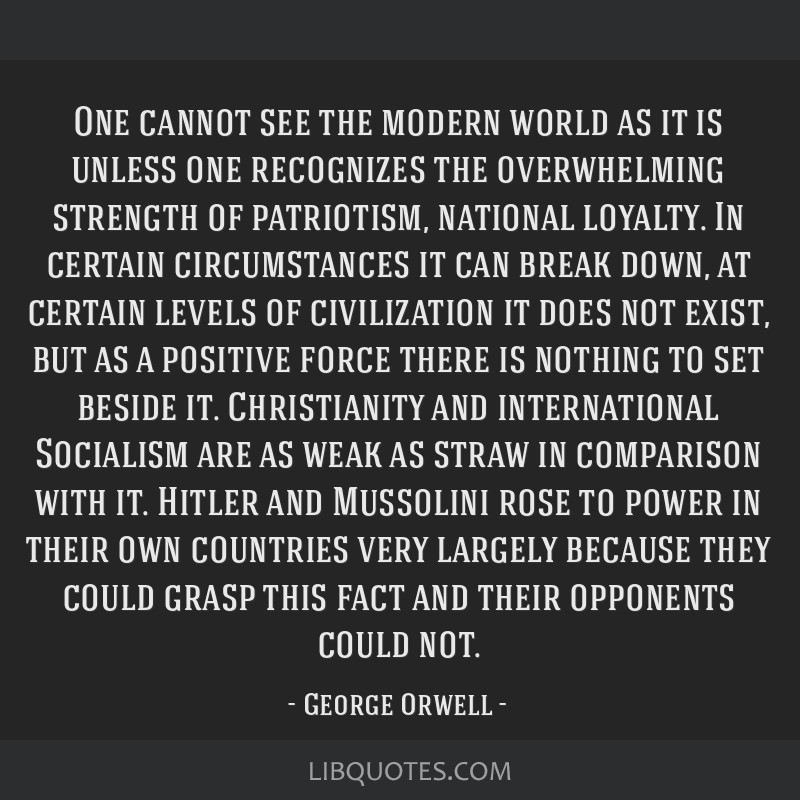