Since the decay of the belief in personal immortality, death has never seemed funny, and it will be a long time before it does so again. Hence the disappearance of the facetious epitaph, once a common feature of country churchyards. I should be astonished to see a comic epitaph dated later than 1850. There is one in Kew, if I remember rightly, which might be about that date. About half the tombstone is covered with a long panegyric on his dead wife by a bereaved husband: at the bottom of the stone is a later inscription which reads, 'Now he's gone, too'.' 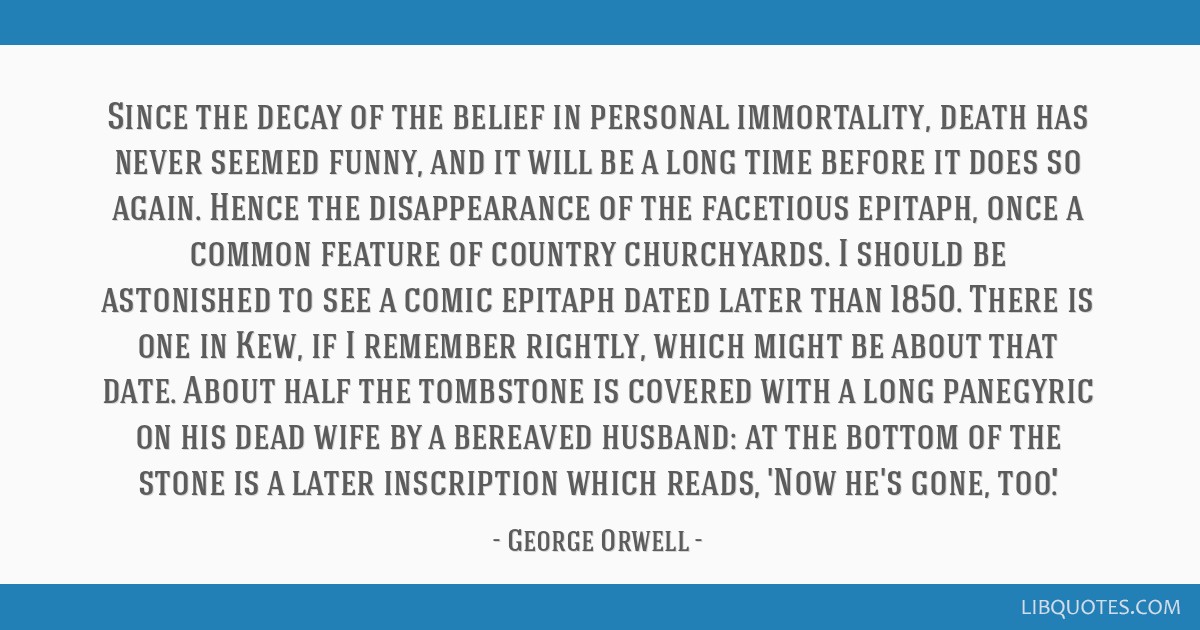 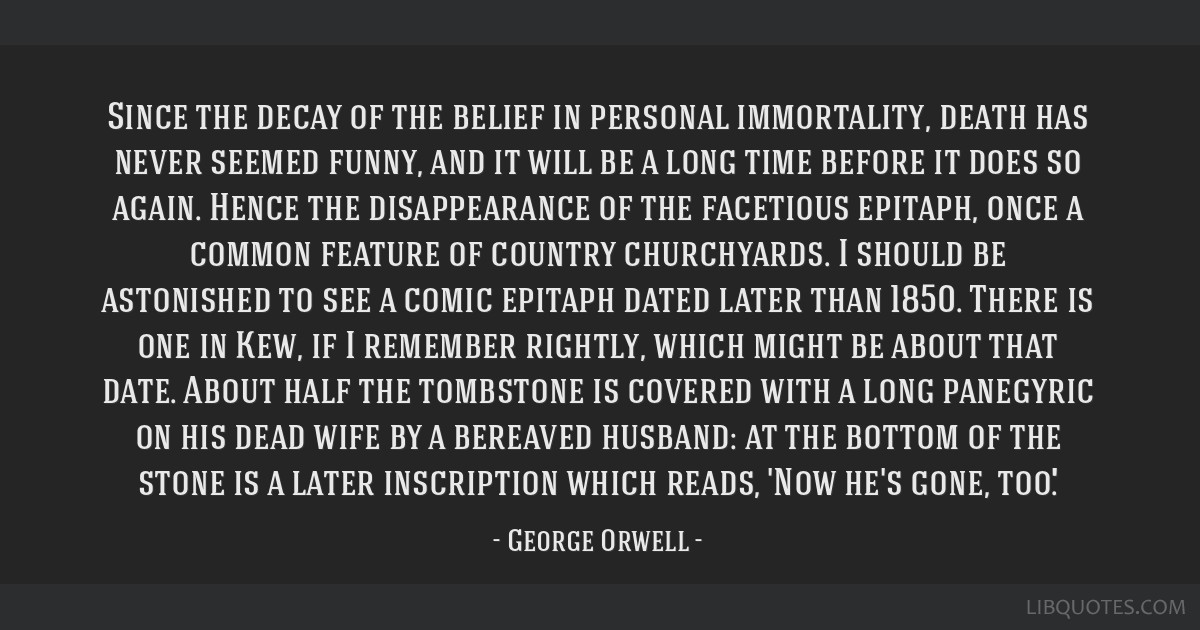 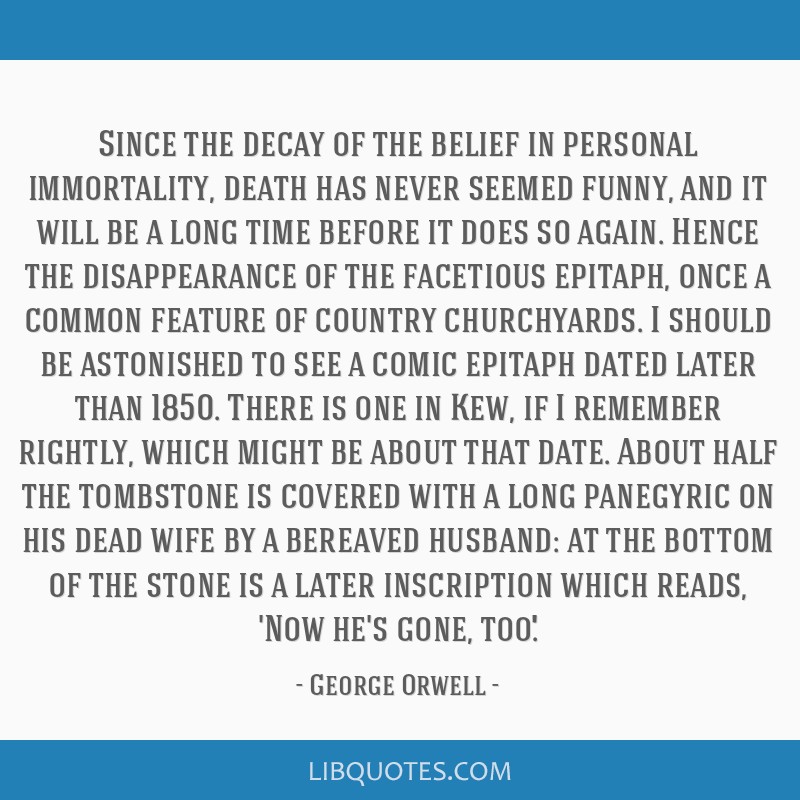 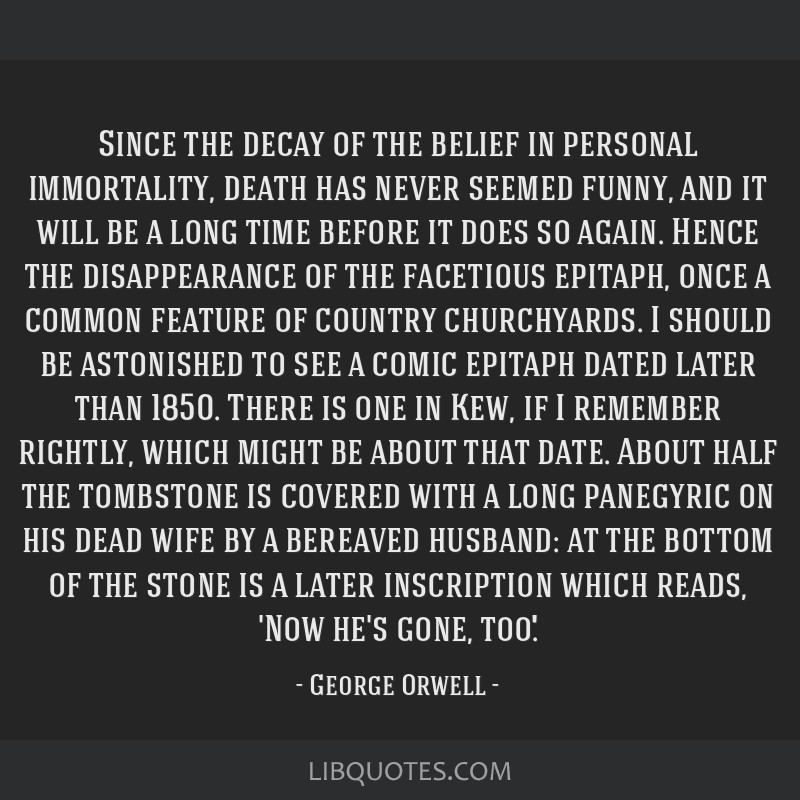