Of course, fanatical Communists and Russophiles generally can be respected, even if they are mistaken. But for people like ourselves, who suspect that something has gone very wrong with the Soviet Union, I consider that willingness to criticize Russia and Stalin is the test of intellectual honesty. It is the only thing that from a literary intellectual's point of view is really dangerous. 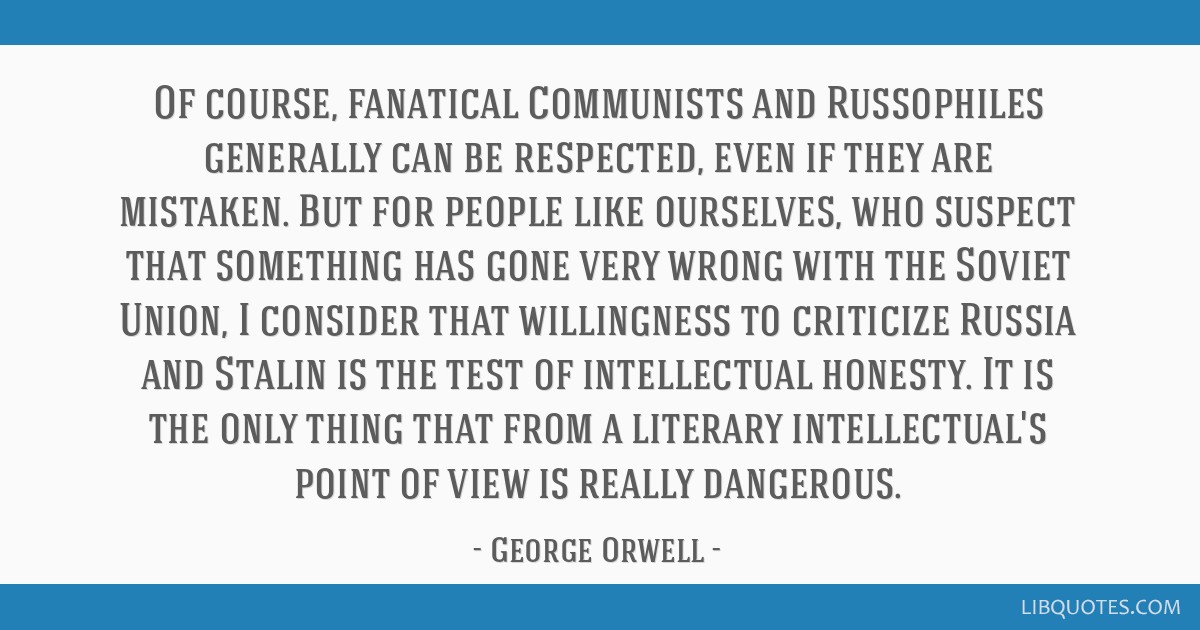 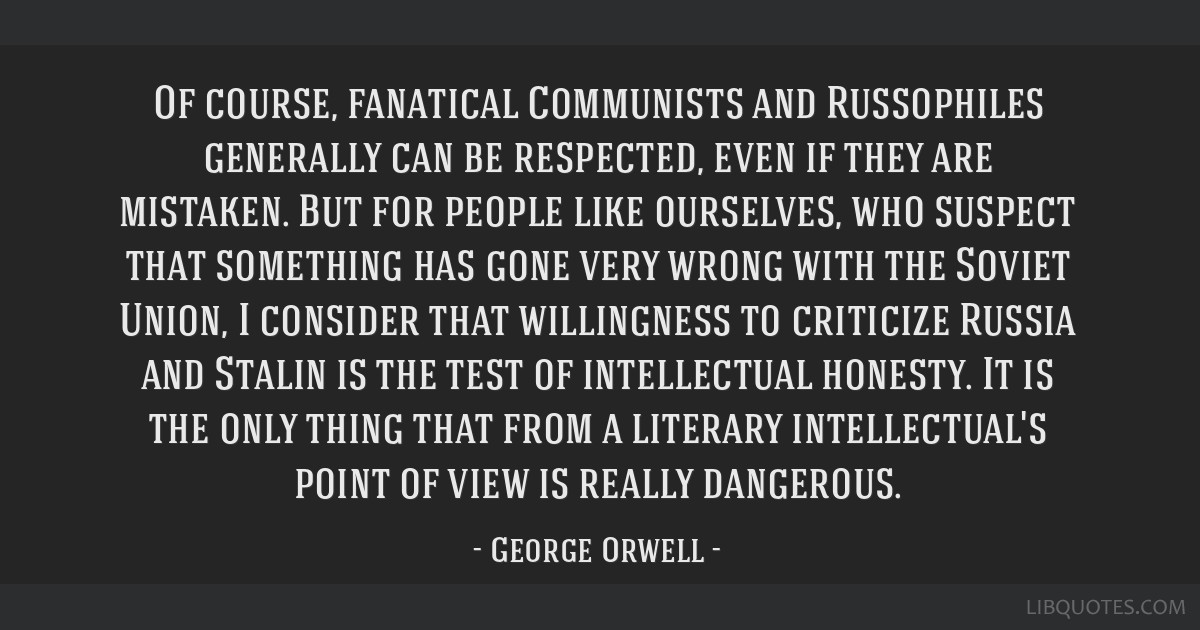 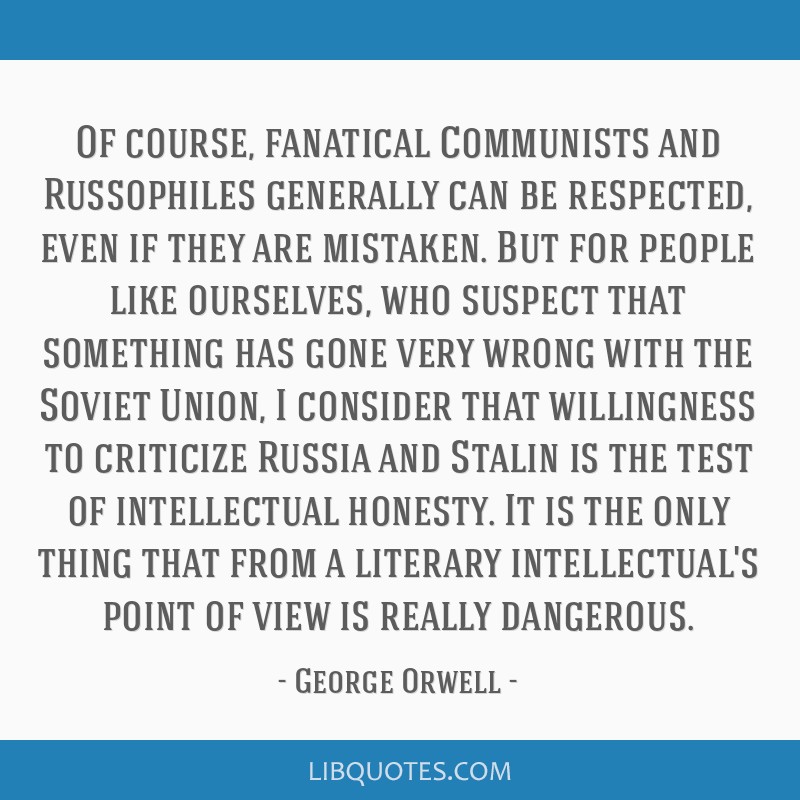 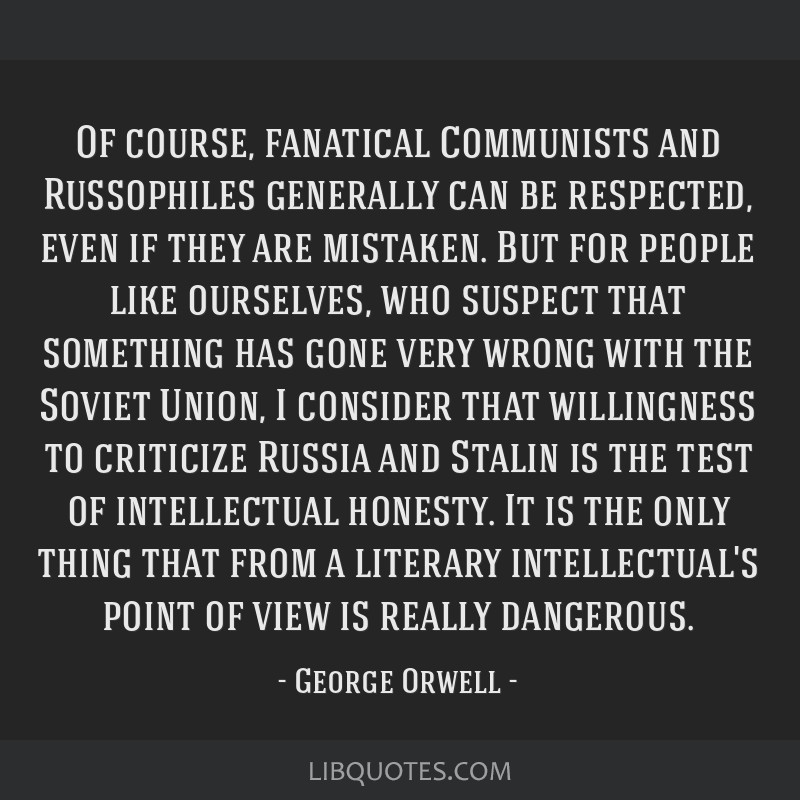