Where this age differs from those immediately preceding it is that a liberal intelligentsia is lacking. Bully-worship, under various disguises, has become a universal religion, and such truisms as that a machine-gun is still a machine-gun even when a "good" man is squeezing the trigger have turned into heresies which it is actually becoming dangerous to utter. 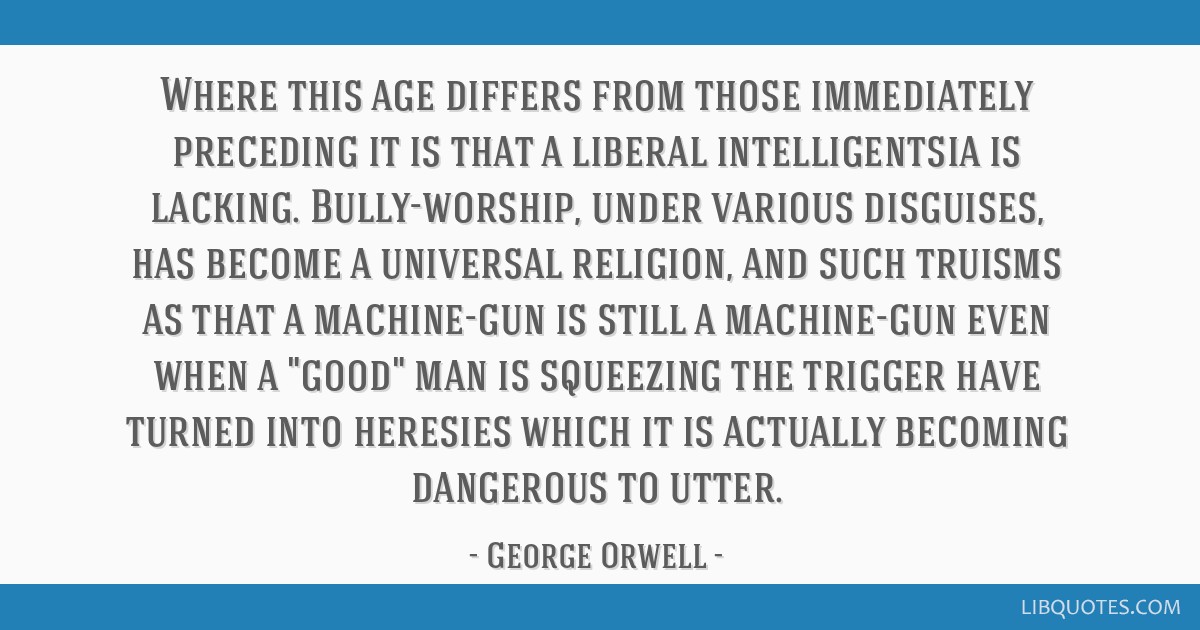 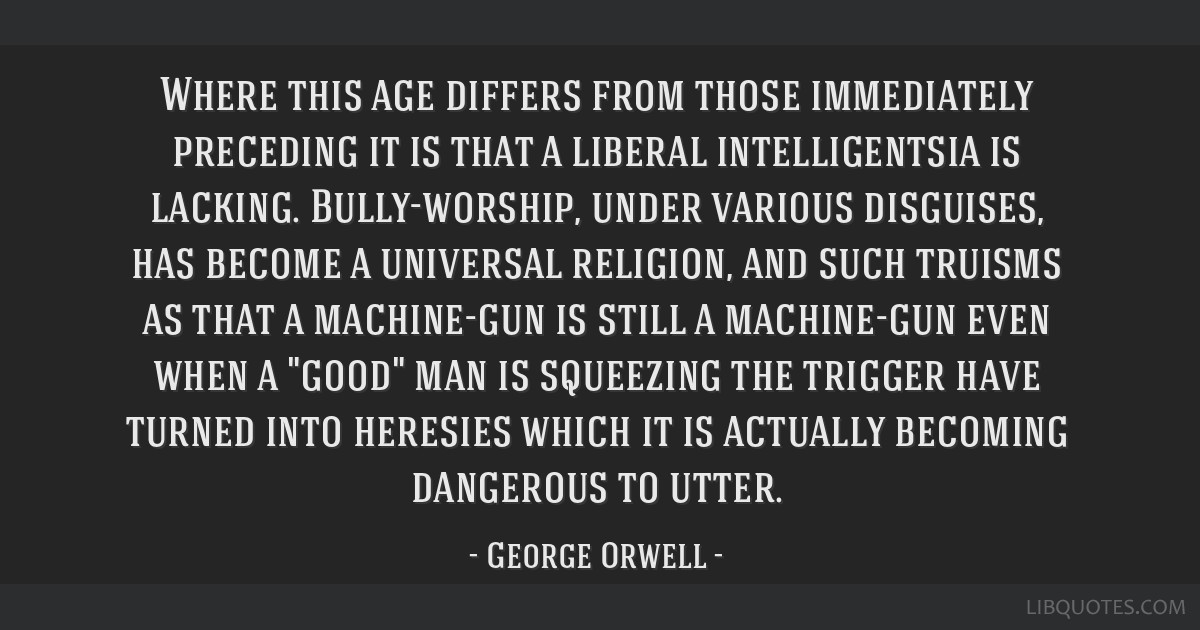 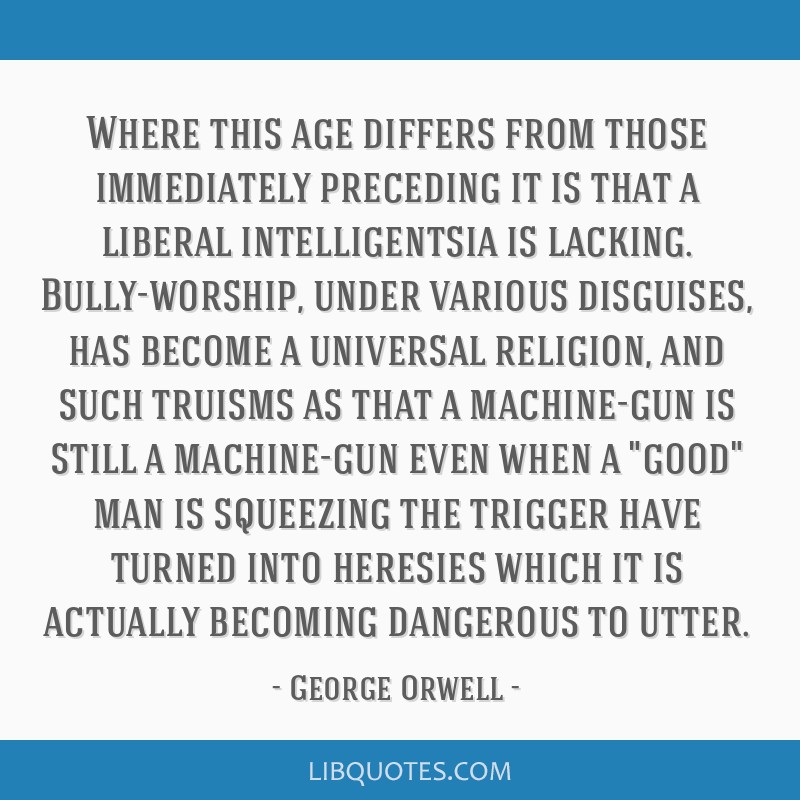 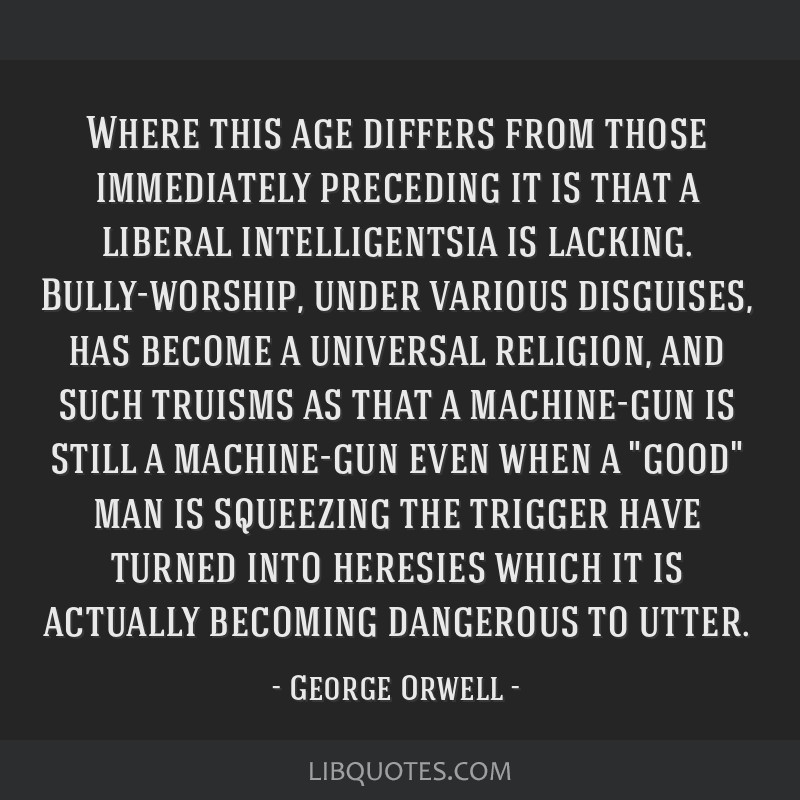