What was happening was only the working-out of a process that had started years ago. The first step had been a secret, involuntary thought, the second had been the opening of the diary. He had moved from thoughts to words, and now from words to actions. The last step was something that would happen in the Ministry of Love. He had accepted it. The end was contained in the beginning. 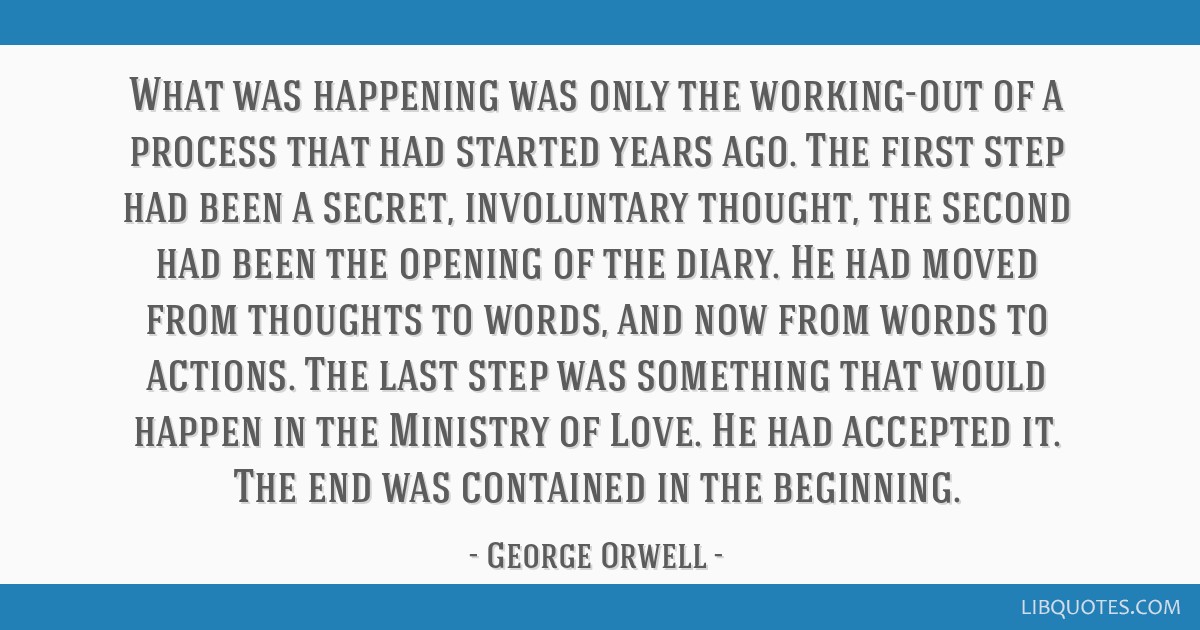 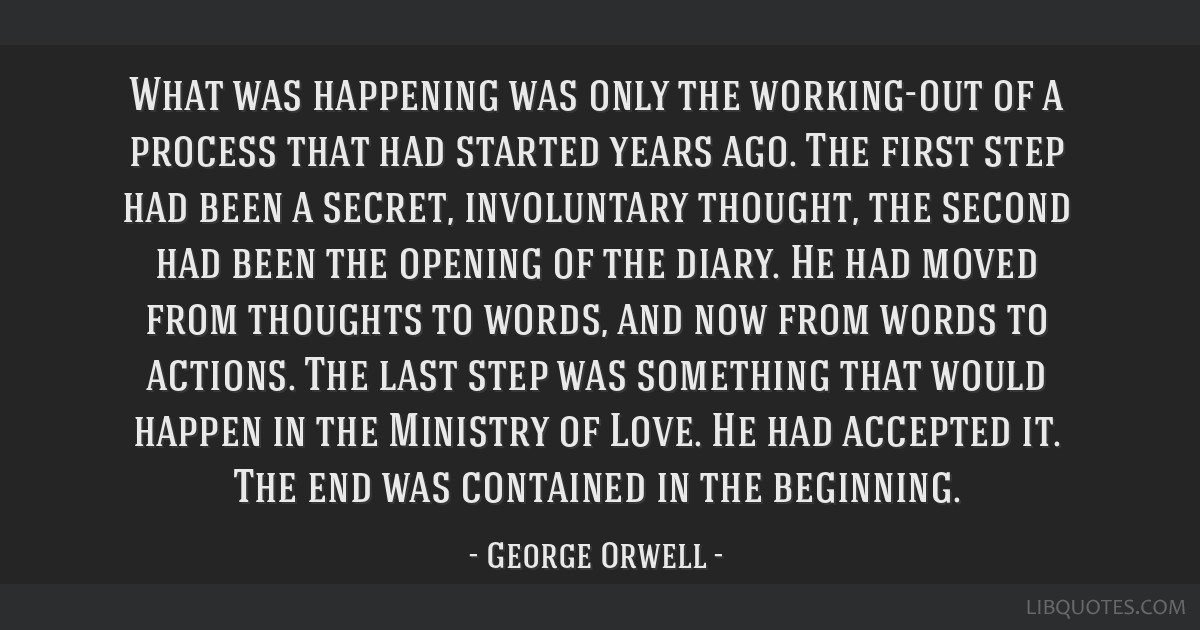 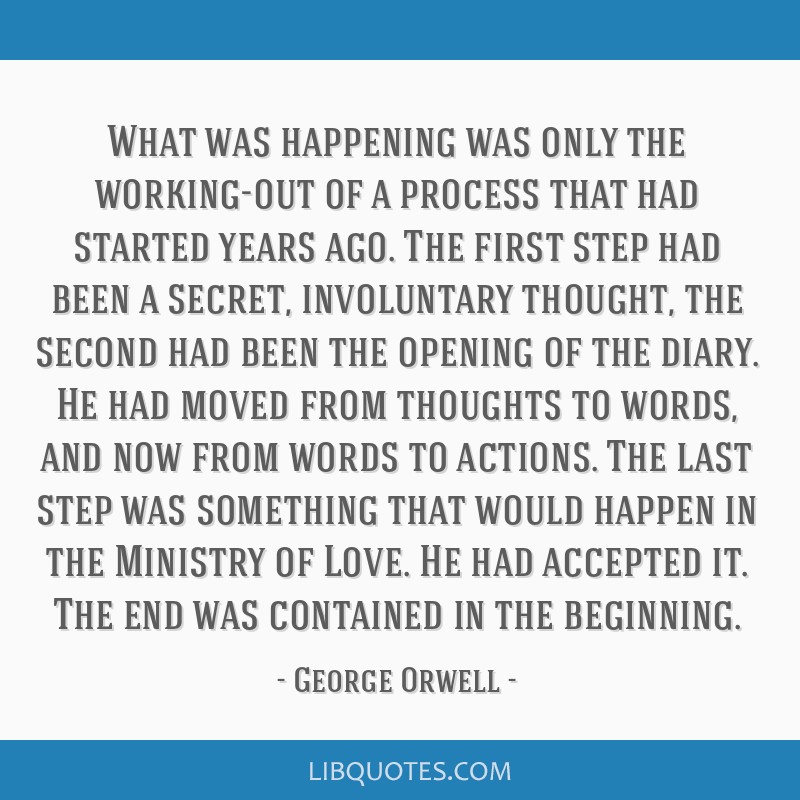 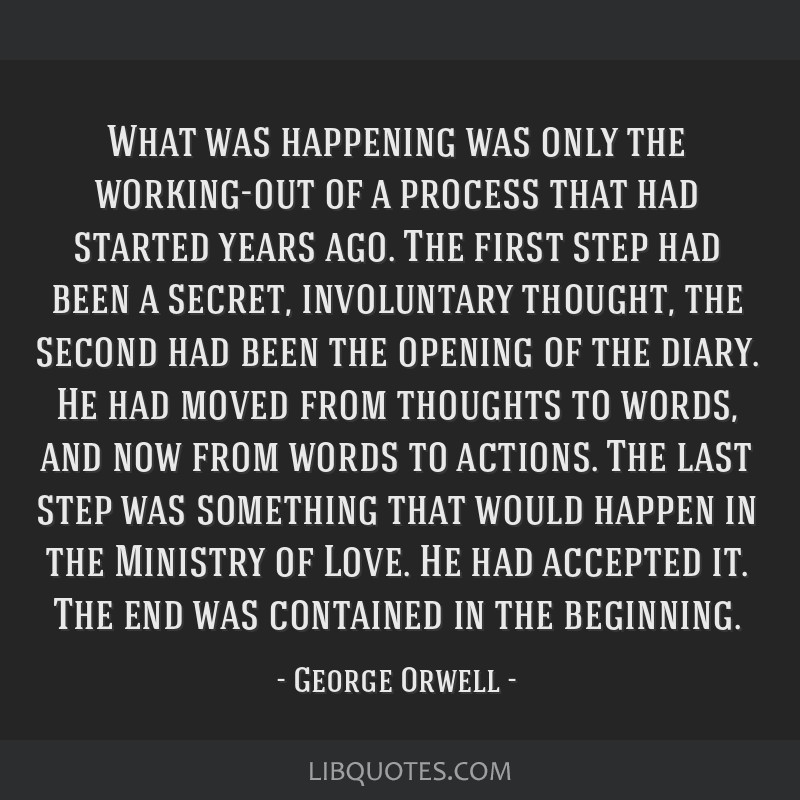