All issues are political issues, and politics itself is a mass of lies, evasions, folly, hatred, and schizophrenia. When the general atmosphere is bad, language must suffer. I should expect to find — this is a guess which I have not sufficient knowledge to verify — that the German, Russian and Italian languages have all deteriorated in the last ten or fifteen years, as a result of dictatorship.
But if thought corrupts language, language can also corrupt thought. A bad usage can spread by tradition and imitation even among people who should and do know better. 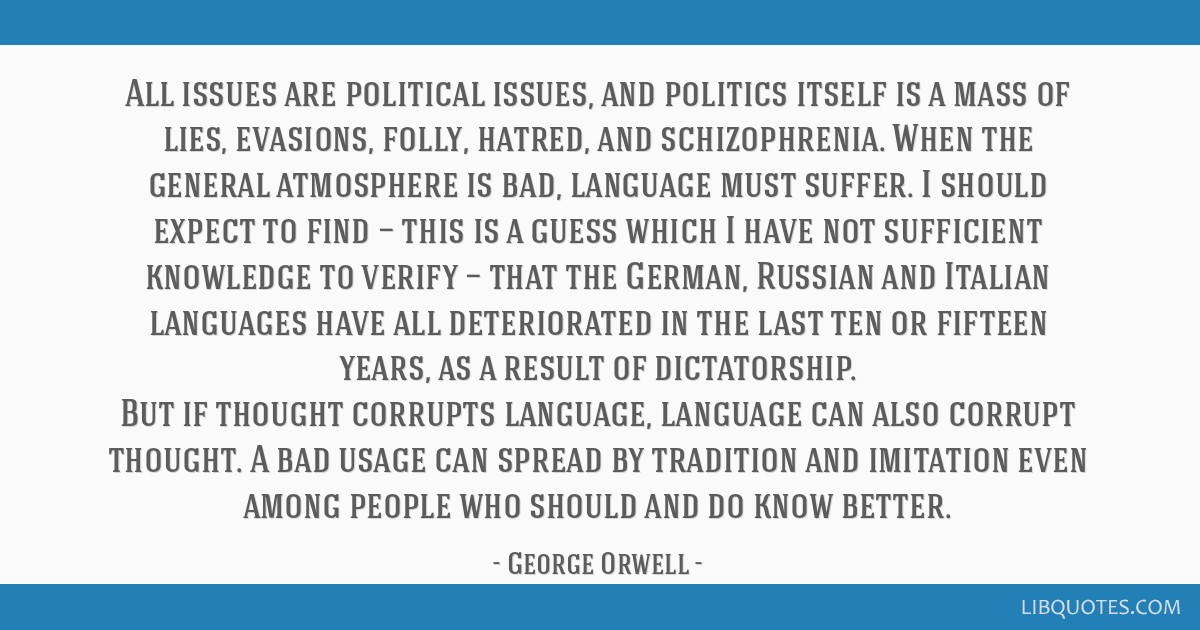 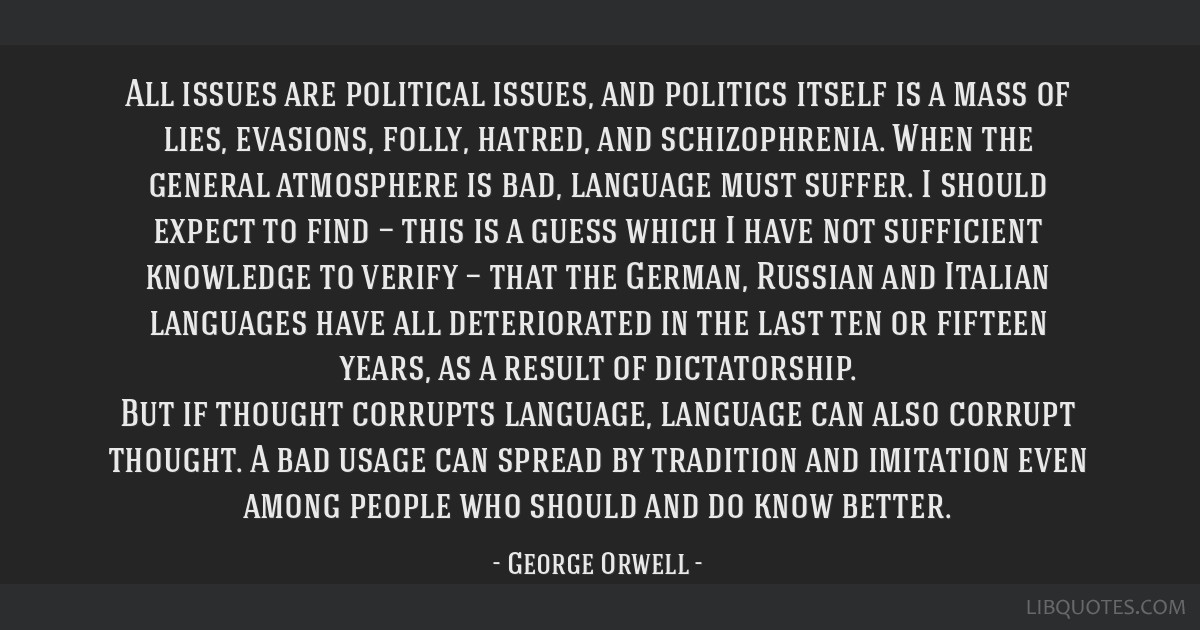 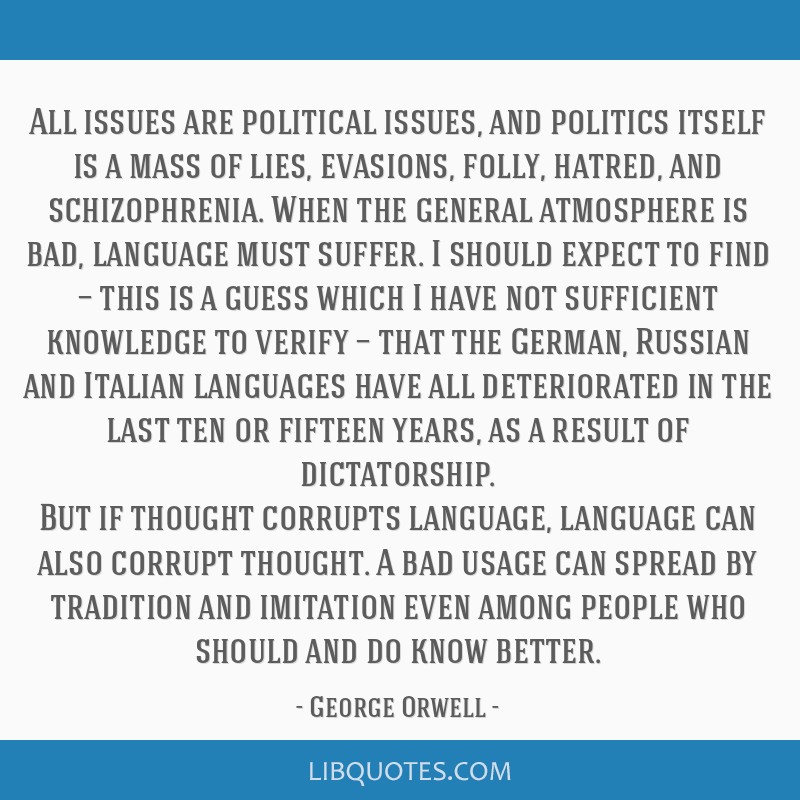 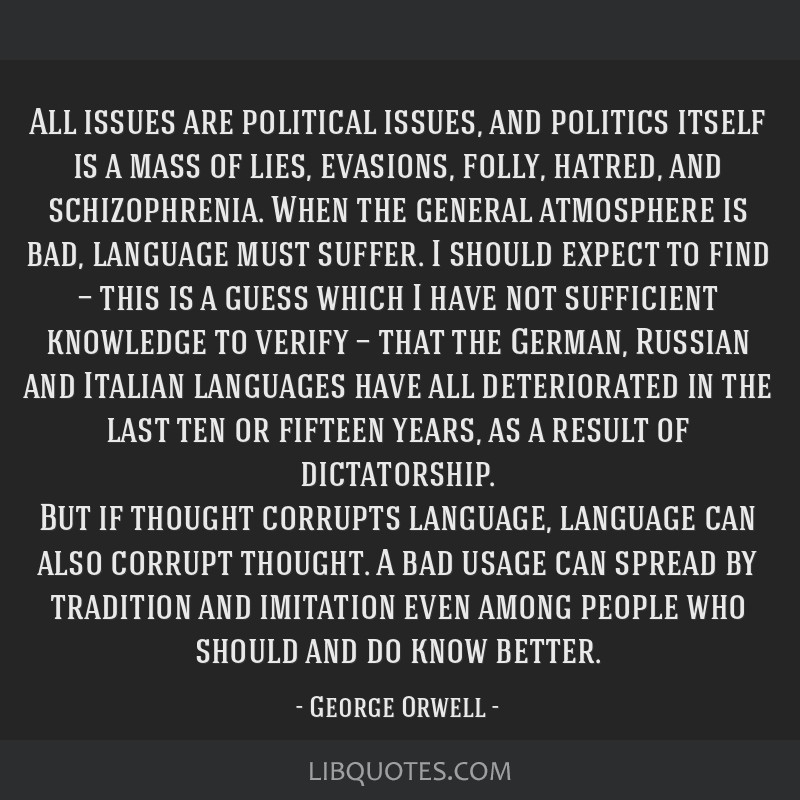